A glimpse of Cuba

A glimpse of Cuba

In May, my daughter and I traveled to Cuba on a cruise ship, just two weeks before the President banned cruise travel there. I’m definitely counting my blessings that we were able to visit Havana, because the decision to plan this trip several months ago was rather spontaneous. 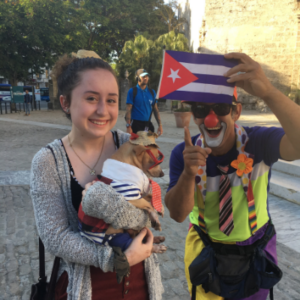 The low cost of visiting by cruise ship was definitely a factor in our decision to go. It allowed me to fit this cruise in as a bonus trip, in addition to our primary family vacation. Our time in Havana was limited to just one day, but with a private tour guide and driver, we were able to see quite a lot.

It is still possible to visit Cuba while abiding by all the current restrictions–just not by cruise ship. Several tour companies are still offering trips to Cuba. While the price of these trips is higher than the 4-night cruises that were previously possible, they also enable you to see much more of Cuba than we were able to see on a single day in port. 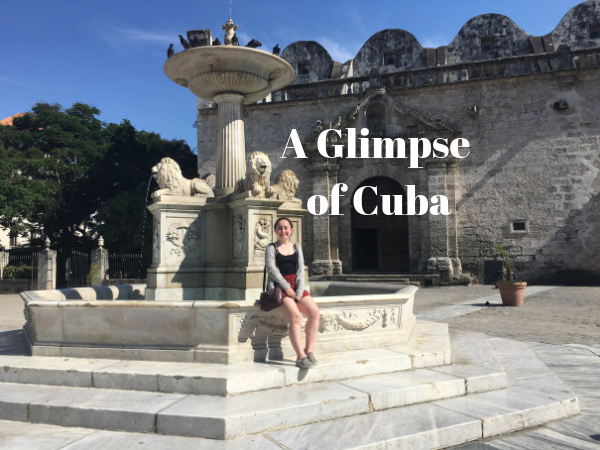 Since visiting Cuba now requires a bigger financial commitment, I figured it would be helpful for you to get a peek at what you can experience in Cuba before you commit.

The Architecture of Old Havana

Old Havana is a must-see on your visit to Cuba. The architecture there is simply stunning and qualified Havana as a UNESCO World Heritage Site. From UNESCO’s website:

Havana was founded in 1519 by the Spanish. By the 17th century, it had become one of the Caribbean’s main centres for ship-building. Although it is today a sprawling metropolis of 2 million inhabitants, its old centre retains an interesting mix of Baroque and neoclassical monuments, and a homogeneous ensemble of private houses with arcades, balconies, wrought-iron gates and internal courtyards.

Here are some of the photos that I took. 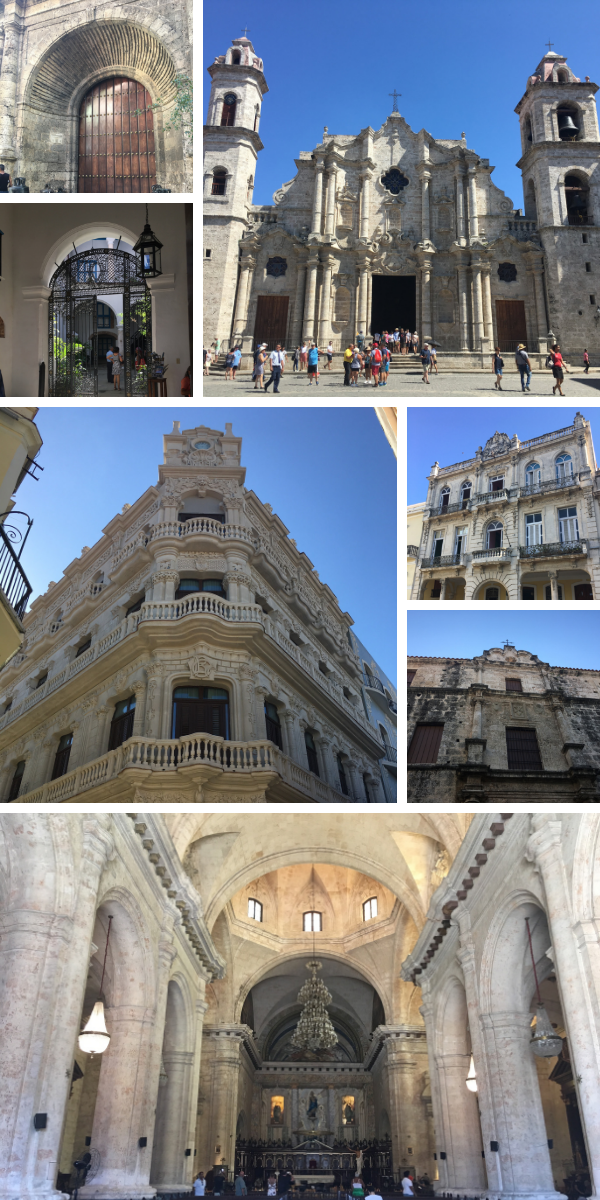 If gorgeous architecture isn’t your thing, then maybe the classic cars will interest you.  Cuba is a must-visit destination for classic car enthusiasts. It’s better than a museum because you can ride in the cars. These vehicles illustrate the ingenuity of the Cuban people. A ban on new, imported cars by the late leader Fidel Castro resulted in the Cuban auto mechanics working more as engineers, doing whatever they needed to keep these cars running. Visitors to Cuba can ride in a classic car either through a taxi or private tour company. 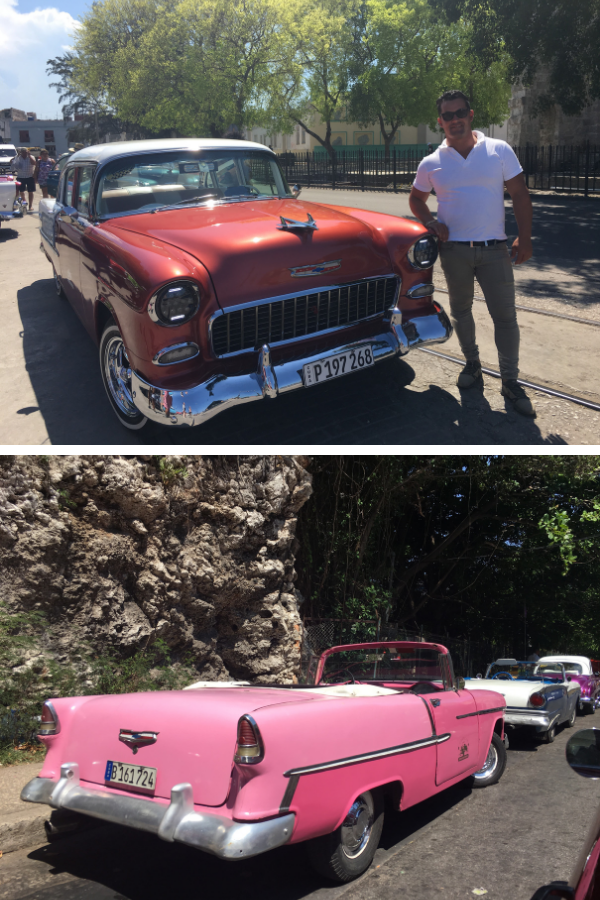 Writer Ernest Hemingway made his home in Cuba for over two decades. He wrote seven books while living there. Ironically, I had to miss my book club’s discussion of The Old Man and the Sea because it was held while I was cruising to Cuba. If you’re a fan of Hemingway, then you’ll definitely want to take some time to explore his favorite places in Cuba. One hotel where he stayed has a display of photos on the wall including the fisherman who inspired the character of Santiago in The Old Man and the Sea. 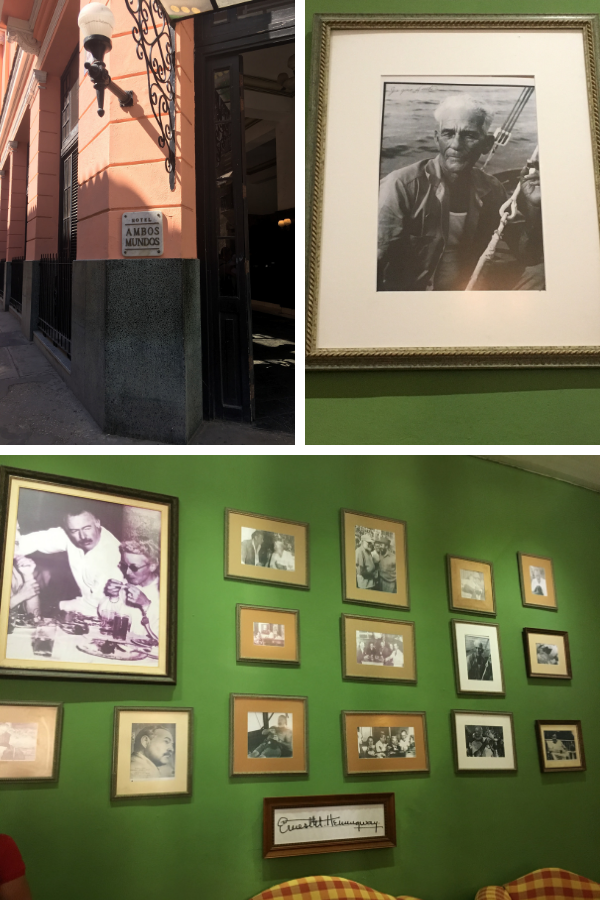 Our tour took us to the outskirts of Havana where we found parks that captured the natural beauty of Cuba. On a longer tour, you’d have a chance to see much more than what we saw, but I was really impressed with one of the parks. It was so lush and green. It wasn’t originally a planned stop on our tour, but when I saw it, I asked our tour guide if we could stop for a little while. 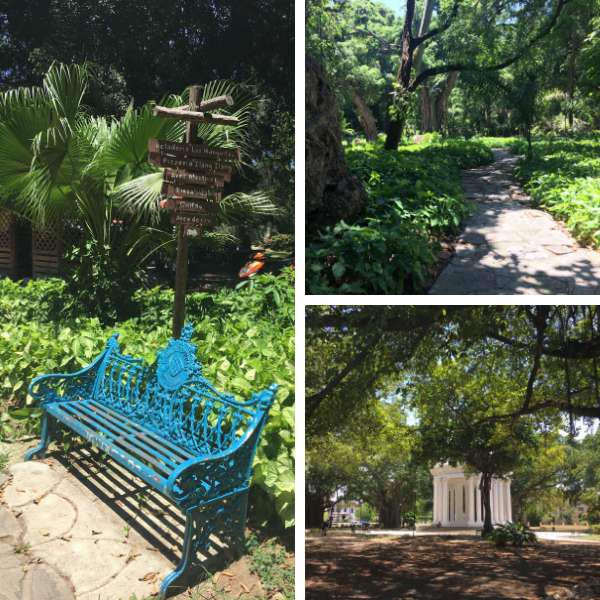 While it isn’t difficult to find Cuban cuisine in Florida, especially in Miami, we enjoyed eating an authentically Cuban meal on our visit to Havana. 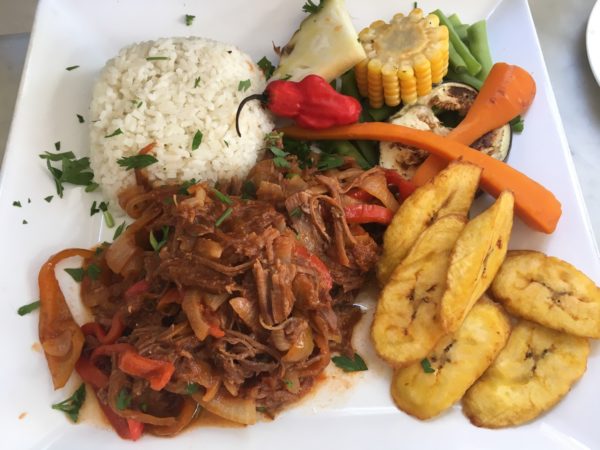 Other than what I learned about the Cuban Missile Crisis when I was in high school, I didn’t know much about Cuba’s history. Our tour guide had a wealth of knowledge about her country’s history. One of the places she took us to was the Hotel Nacional de Cuba. Many famous guests have visited this hotel since it opened in 1930. A display inside the hotel breaks down their famous guests by the decade. Outside in the hotel’s gardens is a small museum dedicated to the Cuban Missile Crisis. You can walk through underground bunkers and tunnels. 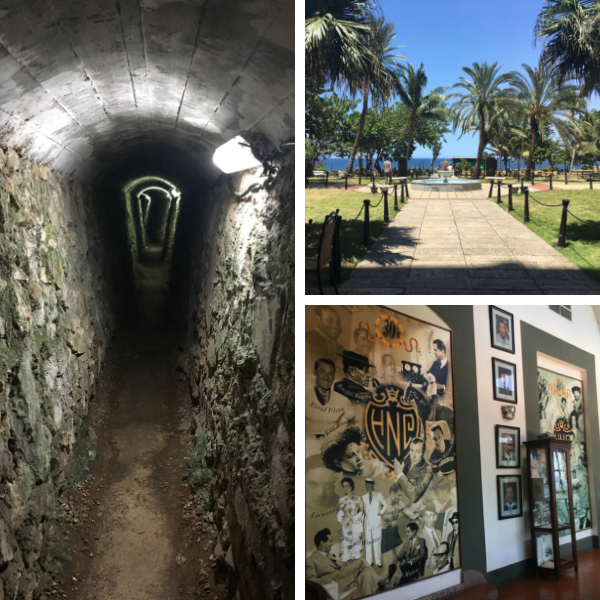 The last stop on our tour was an arts and crafts market. After both of us picked out some jewelry, my daughter really wanted to look at the paintings and buy one for her dorm room. There were many different styles of paintings available. She ended up buying one that depicted one of Cuba’s classic cars. 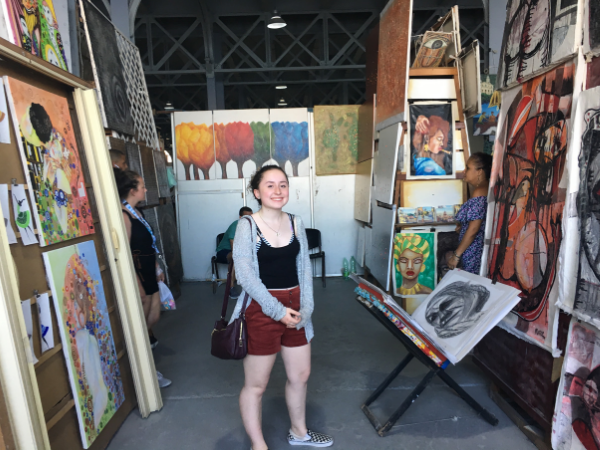 There you have it–a glimpse of Cuba. I hope it’s piqued your interest. We found the Cuban people we met warm and welcoming.

If you would like to help support the Cuban people through travel, I would love to help you plan your trip. Just contact me to get started.

Want to see more of Cuba? Go see Cuba: Journey to the Heart of the Caribbean, now showing at the OMNIMAX Theater at the Cincinnati Museum Center and several other theaters around the country. It was a beautiful film that made me treasure my visit to Cuba even more.