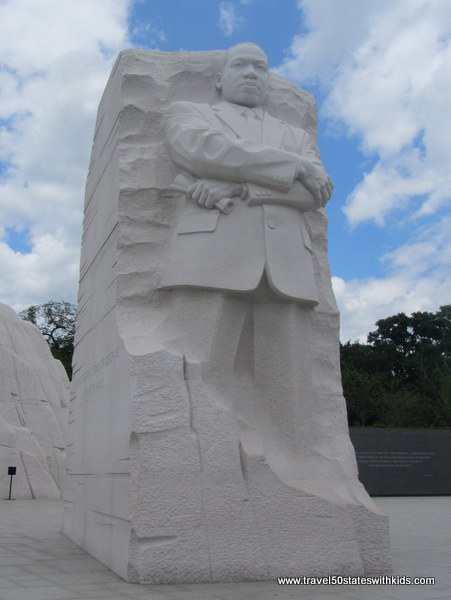 What I love about the design of this memorial is that it is based on the very words of Dr. King. In the picture above, you can see the representation of a mountain to the left behind the statue of Dr. King that appears to have been chiseled out of another piece of the mountain. This design was inspired by a quote from the famous “I Have a Dream” speech: “Out of the mountain of despair, a stone of hope.” This quote is inscribed on the side of the statue.

On both sides of the mountain and statue are walls inscribed with fourteen quotes taken from King’s speeches, sermons, and writings. These quotes focus on themes of justice, democracy, hope, and love. They provide a wonderful teaching moment for our kids. I think any commentary I could attempt to offer would only detract from King’s words, so I’ll let the pictures speak for themselves. 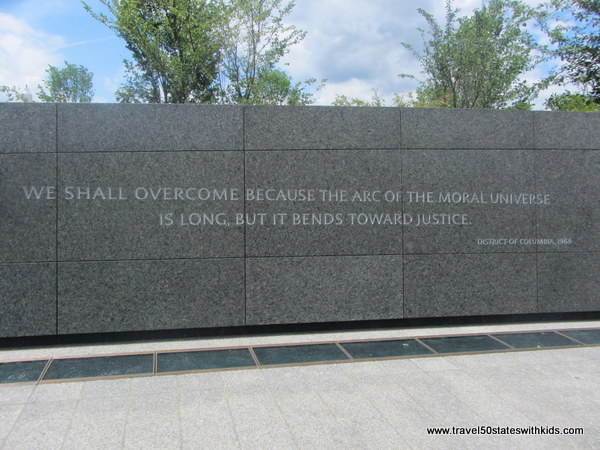 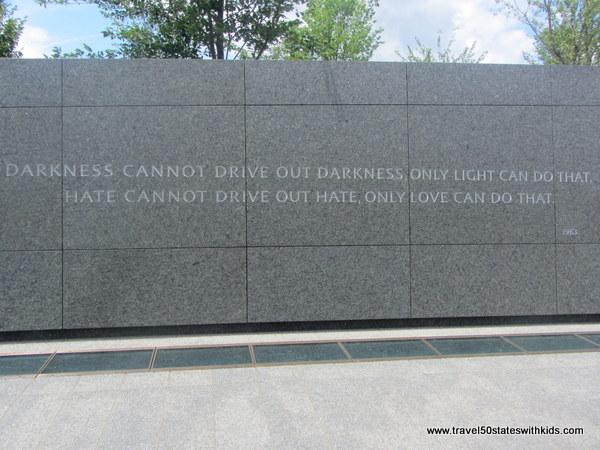 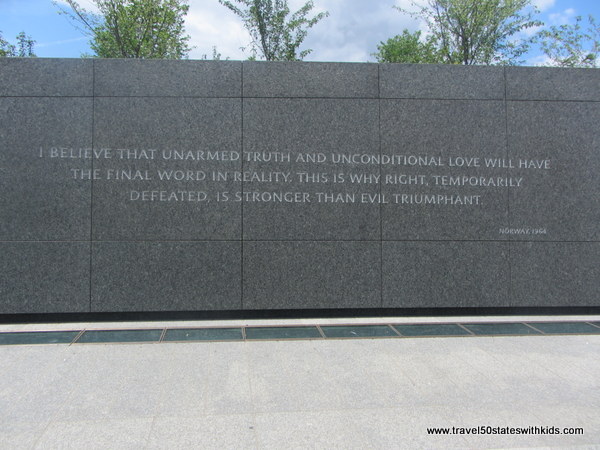 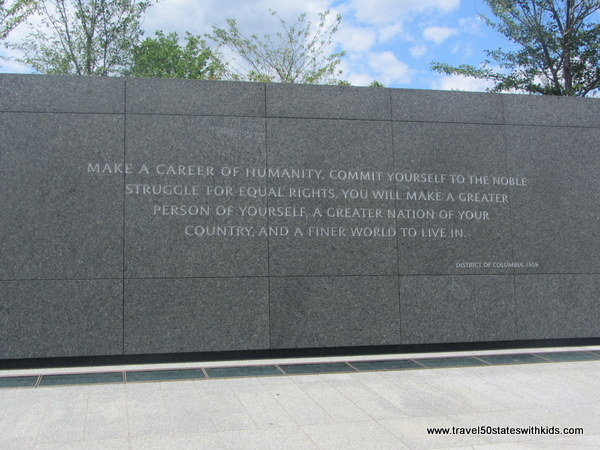 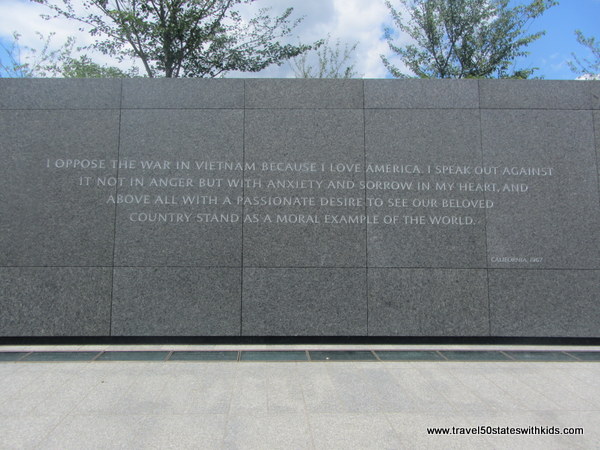 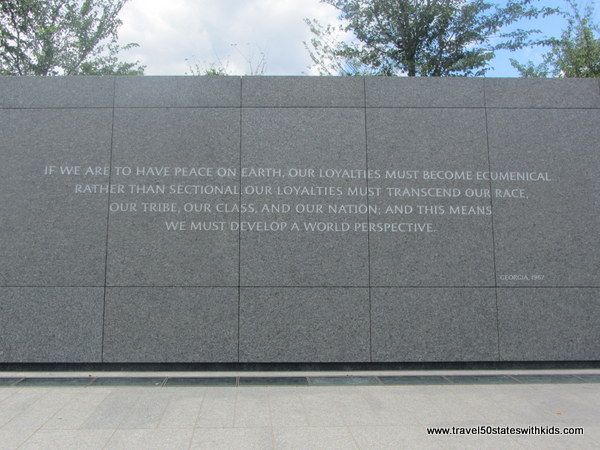 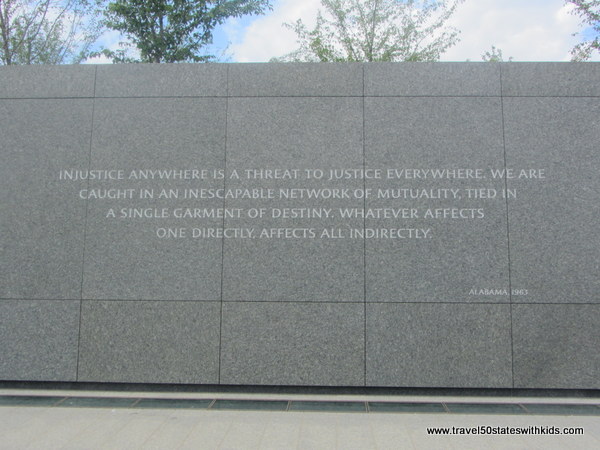 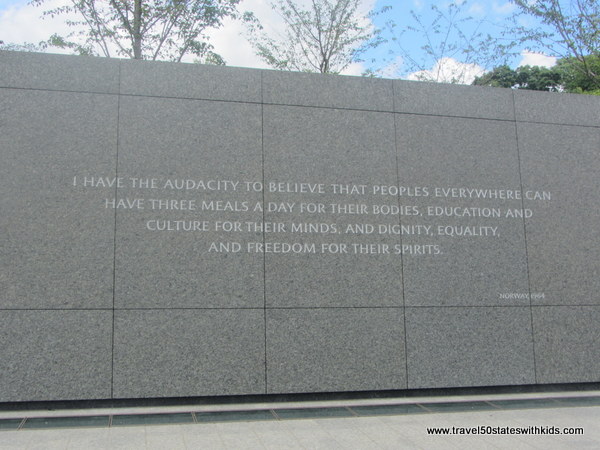 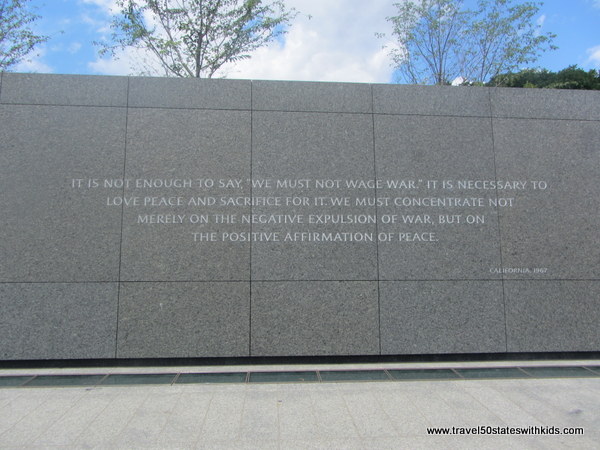 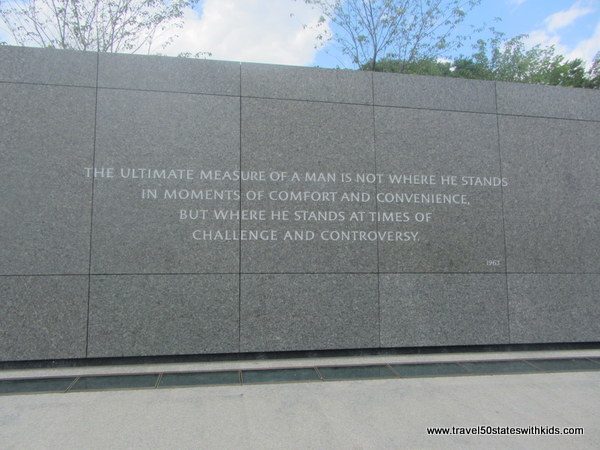 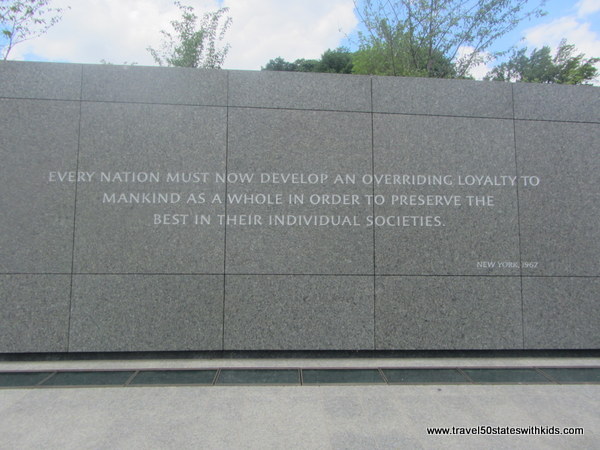 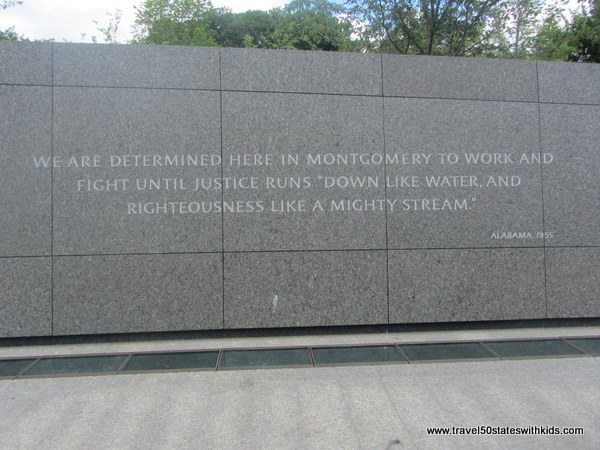 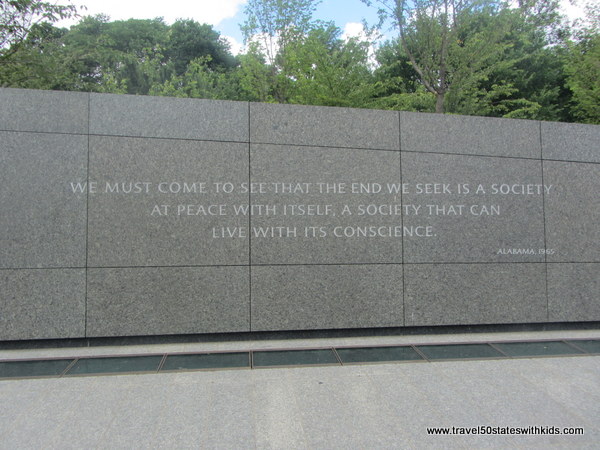 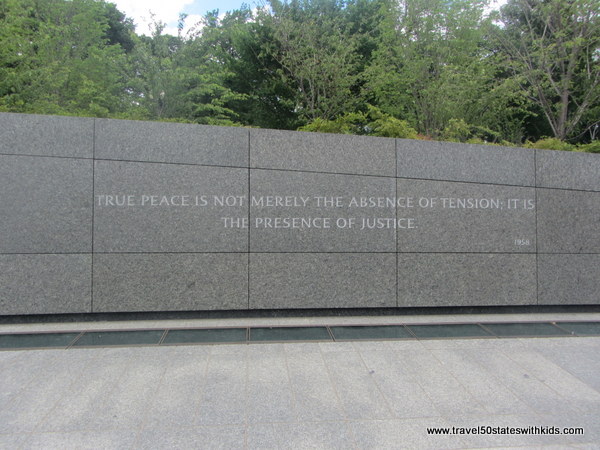 Those quotes contain so much wisdom that it would be hard for me to pick a favorite!  Let’s move on to practical matters–getting there to see the memorial. The Martin Luther King, Jr. Memorial is located on the northwest corner of the Tidal Basin.

This map is outdated and shows the memorial as being under construction. Find the Franklin Delano Roosevelt Memorial and look directly above it. See it? The closest Metro station is the Smithsonian stop on the far right side of the map. If you’re going to visit the National Mall to see this memorial, you’ll probably want to see the other memorials also. Check out my article about the War Memorials for more information and tips.

One more cool fact: the street number for the memorial, 1964 Independence Avenue, was assigned as a nod to the 1964 Civil Rights Act which was influenced by King.