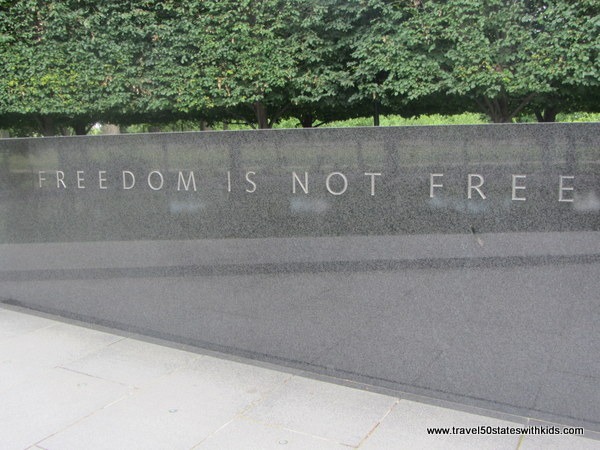 Freedom is not free. This powerful reminder comes from the Korean War Veterans Memorial in Washington, D.C.

Unless you are planning a 2-week trip to D.C., you will have to make some tough choices about which attractions to see and which to save for another trip. We included our children in our decision-making process. I have to admit I was a little surprised, but very pleased, that the memorials on the National Mall were a high priority for my kids. And it wasn’t just the easily recognized presidential memorials they wanted to see; all the war memorials were must-sees.

We spent about half a day walking around the Tidal Basin and National Mall viewing both the presidential and war memorials. In this article, I’m focusing specifically on the war memorials in honor of our country’s veterans, but for logistical purposes, I recommend seeing all the memorials in one visit. Before I get to the memorials, I want to include some practical tips on getting around. Here’s a map of the area, courtesy of the National Park Service.

There are bus tours that visit the memorials, but they are rather expensive, so we opted for a walking tour. I recommend arriving via the Smithsonian Metro Stop which you can see at the far right of the map, toward the top. The location of the U.S. Holocaust Museum and Bureau of Engraving and Printing, just east of the Tidal Basin, makes them ideal for combining with the memorials for a full day of sightseeing.We visited both of those in the morning, had lunch at the Holocaust Museum Cafe, then proceeded in a clockwise fashion around the Tidal Basin.  I am very glad that a friend advised me that dining options are scarce near the memorials and to fill our tummies before heading out. Heads up: it’s also a tiring day, so plan to rest in the evening.

The first war memorial you will encounter on this route is the DC War Memorial.

This memorial commemorates District of Columbia citizens who served in World War I. You might be wondering why there isn’t a memorial to honor all the veterans from World War I, not just those from D.C. I found out there is a foundation that is advocating for a National World War I Memorial.  If you would like to see a memorial to honor the almost 5 million veterans who fought in that war, you will want to check out this website and consider making a donation.

From the DC War Memorial, head west to the Korean War Veterans Memorial.  In addition to the wall that reminds us that our freedom is not free, you will see statues of soldiers in rain ponchos. 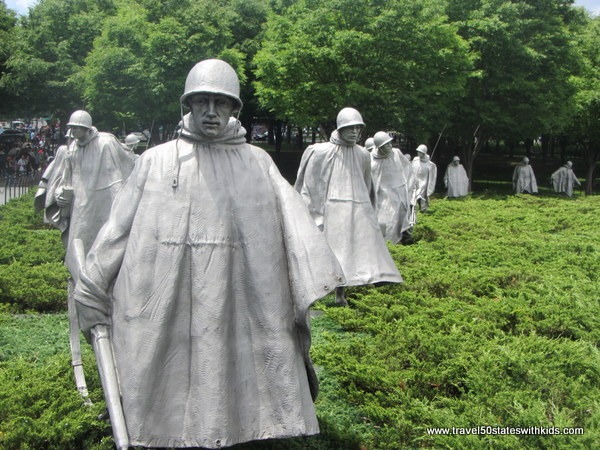 The memorial also contains a Pool of Remembrance and a granite wall etched with photographic images from the war. 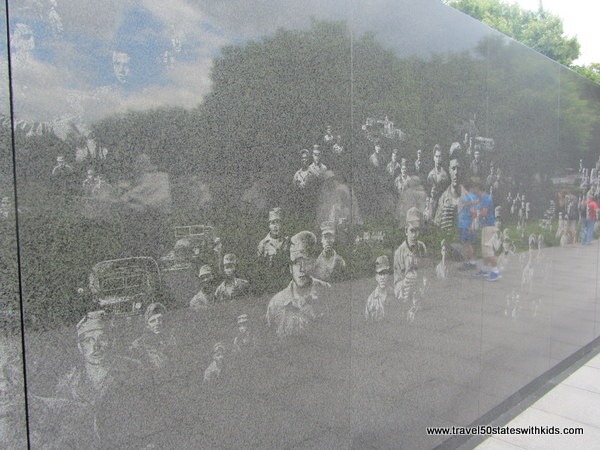 Next is the Vietnam Veterans Memorial. This memorial lists the names of all the veterans killed in action or missing in action in chronological order. This format provides a strong visual picture of the number of people killed. 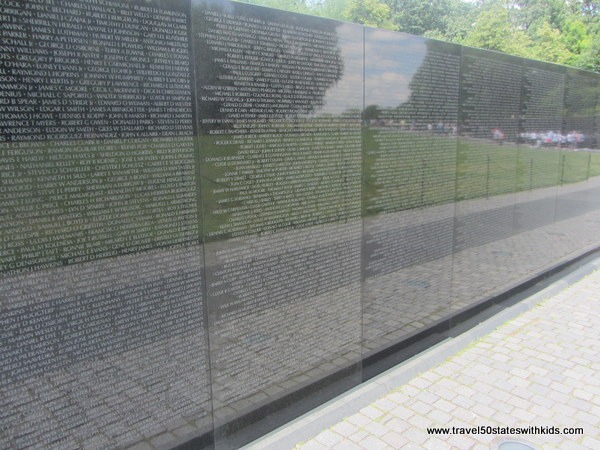 The last memorial on this tour is also the newest: the National World War II Memorial was opened in 2004. 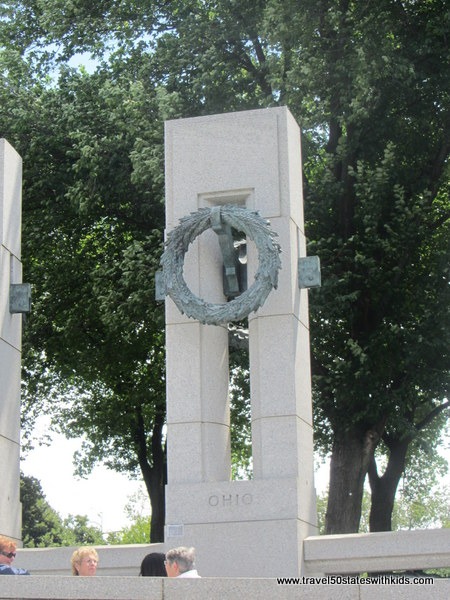 Inside the enclosure is a large pool and fountain. The fountain was not running during our visit. 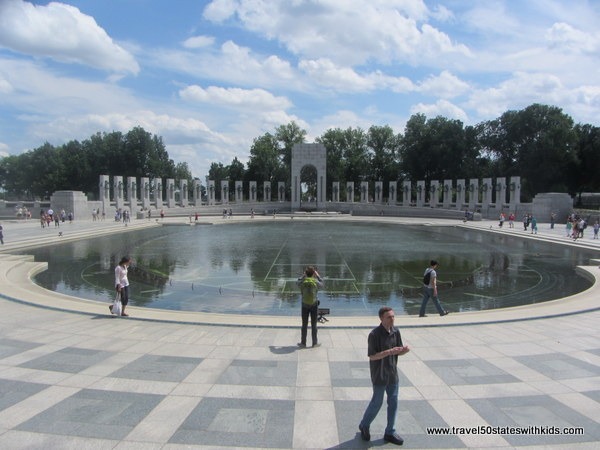 What a striking tribute to the 16 million Americans who served in World War II and the 400,000 who made the ultimate sacrifice.

I’m so glad that my children wanted to visit the memorials and I hope they appreciate the courageous men and women who have fought to protect our country.  To all the veterans and military members reading this, THANK YOU!