On our recent trip to the Alabama Gulf Coast, we found ourselves with some rainy weather and in need of an indoor activity for the day. With Pensacola just a 45-minute drive away, the National Naval Aviation Museum was the perfect outing. This free museum is home to over 150 restored aircraft as well as the Blue Angels, the Navy’s aerobatic flying squadron. The museum is roughly organized by the history of aviation. One wing displays early aircraft and exhibits; another focuses on the World War II era; and a new expansion area, Hangar Bay One, includes the post-WWII era. 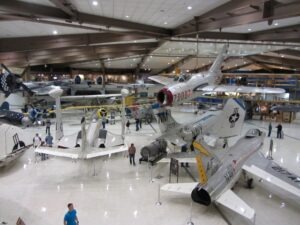 We had only three hours for our visit and wanted to get some recommendations on how to best spend our time. I stopped at the Information Desk and asked a not-so-helpful volunteer what exhibits were best for kids. She replied, “Everything.” So we were left to tour “everything” on our own. Fortunately for my readers, I can now make the kind of recommendations that I was looking for.

The museum has a great little kids play area which they unfortunately left off their map. It can be found in the West Wing. If you head left at the entrance of the museum, you should find it near the restrooms. Little ones who need to burn off some energy between exhibits can do so on the aviation-themed play structure. 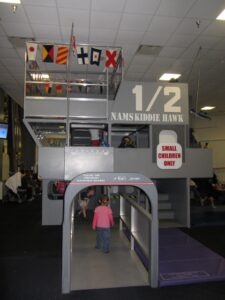 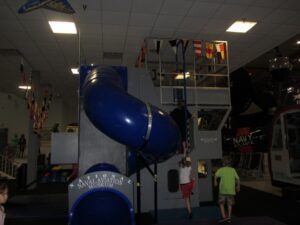 Kids can also climb into the cockpit of a jet and play with the controls, or play with some toy aircraft carriers. 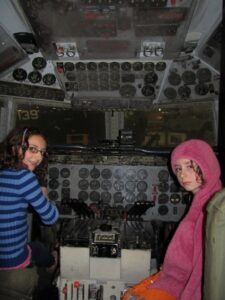 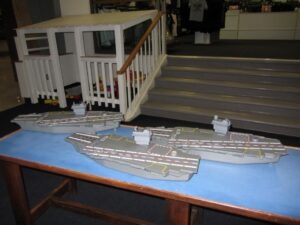 There are also several small fighter plane cockpits that you can climb into at several places in the museum. Here’s one in the kids’ play area and another in a section of Blue Angels planes. 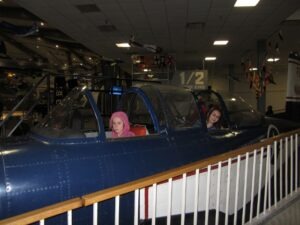 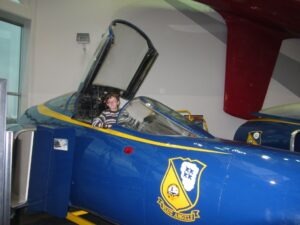 A great choice for school-age kids is an IMAX film which costs $8.75 per adult and $8.25 per child. They have several films to choose from, each showing at different times. We saw The Magic of Flight (IMAX), which was an excellent introduction to the Blue Angels.  My father-in-law and I both left the film having been convinced of an important point:  neither one of us ever wants to be an aerobatic flyer. On a more serious note, it was a very interesting film, but an older film. I’ve since discovered that it is available on DVD from my library and is also available on Netflix. If you are on a tight budget, you could watch it at home before your trip and save some money. Or you could watch that one at home and see one of the newer films in the IMAX theater when you get there.

Another big hit for school-age kids are the flight simulators. One option is the motion-based flight simulator. If you see an IMAX film, the cost is only $2.50 per person; otherwise it’s $5. They have two options to choose from: Fly with the Blue Angels or Desert Storm. My girls rode it and chose Fly with the Blue Angels. I let them ride it by themselves because, after the IMAX movie, I had no desire to simulate any kind of flight. I especially had no interest in the 3D Flight Simulators that are interactive and can simulate pitch and roll. This option costs $20 for two people. We ran out of time before my kids could convince me that they needed to ride that one. 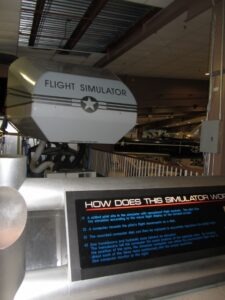 The Flight Adventure Deck is a must-see exhibit for school-aged kids.  Designed to educate middle-school children on science and technology, this area contains interactive devices and educational kiosks.  Tours are offered five days a week (not Tuesday or Sunday) at 1 pm, 2 pm, 3 pm, and 4 pm. We really enjoyed this area and wish we’d had more time to spend there. Here are a few of the exhibits there: a frictionless air track and a device for measuring air pressure. 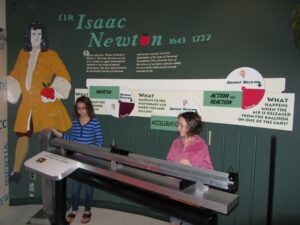 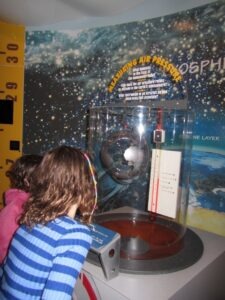 We had fun with the Bernoulli blower.  There were also some meteorology exhibits, including this Cloud Kiosk. 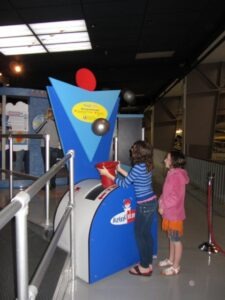 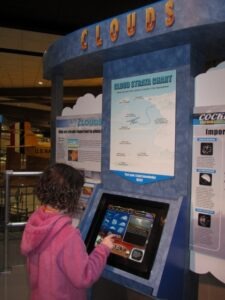 Adults and kids of all ages should stroll around the museum to view the aircraft and other exhibits.  Guided tours are available several times a day, but these are rather slow-moving tours that are best for teens and adults. Parents with younger kids will probably want to set their own pace.  In addition to planes, there are other interesting things to see:  Skylab Space Station and the cockpit of a blimp, 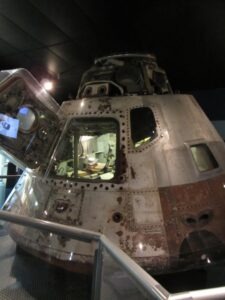 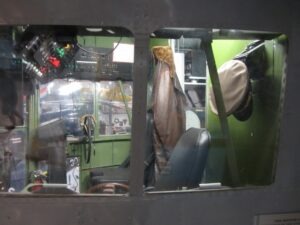 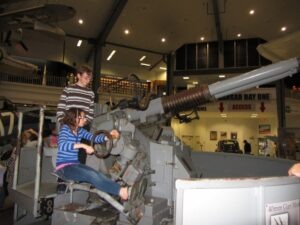 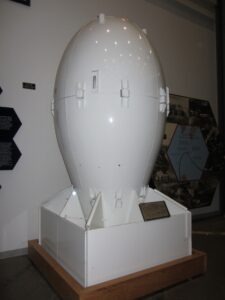 and a ship’s propeller and aircraft carrier models. 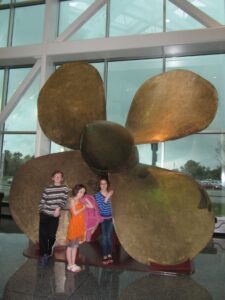 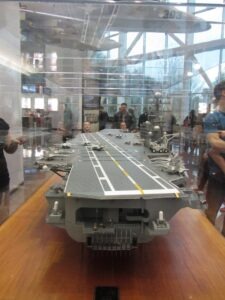 From March through November, the Blue Angels practice on Tuesday and Wednesday morning at 8:30 a.m. We visited in February, so we missed it, but I’ve heard it’s great.

We enjoyed our visit to the National Naval Aviation Museum and wish we’d allotted more than three hours for our visit.

Alabama – Seashells by the Seashore

Disclosure:  This post contains a link to Amazon.com, an affiliate.