On a trip to Grand Teton and Yellowstone National Parks, we found ourselves close enough to the Idaho border that we just needed to cross the border and cross another state off our list.  We knew that we wanted to see the other side of the Grand Teton mountains, but we weren’t sure what else we would find. As we were journeying over the mountains, we got sidetracked for a little while at the beautiful Teton Pass, just five miles from the border.  After a nice little hike there, we eventually made it into Idaho. 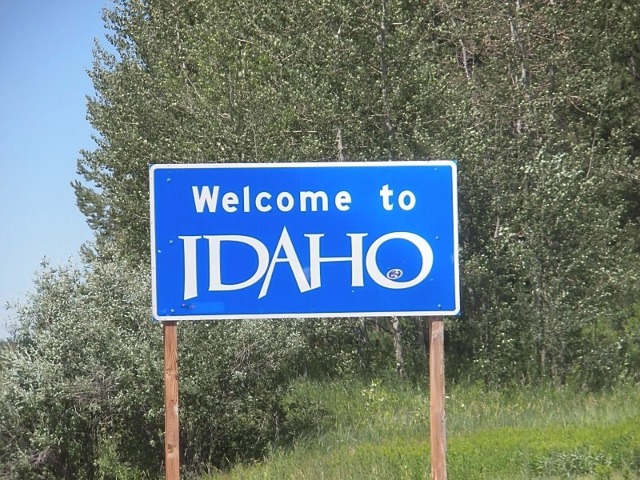 We stopped at a gas station to fill our tank, grabbed a few travel brochures, and asked the attendant there about places to see in the area.  He told us about a drive-in theater a little further north that had a big potato.  We don’t usually consider drive-in theaters to be sightseeing worthy, especially during the middle of the day, but we were headed north anyway, so we kept an eye out for it.  It would have been hard to miss the Spud Drive-In! 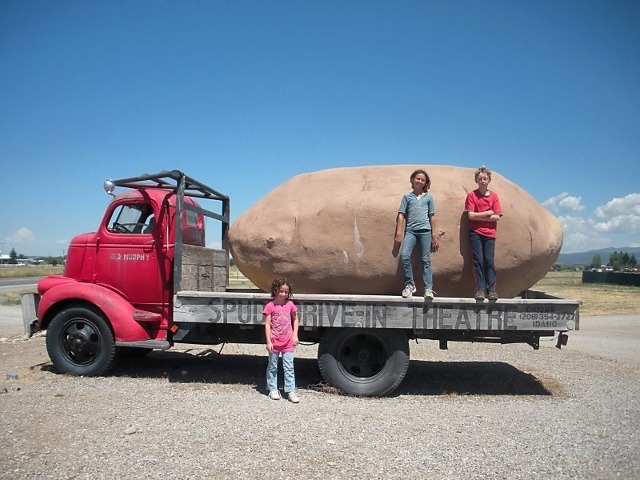 If you’ve been reading my blog long enough, you know that my family loves quirky roadside attractions.  There was no way we would drive past a giant potato in Idaho without stopping to take some pictures.  The drive-in also had a cute license-plate-style sign. 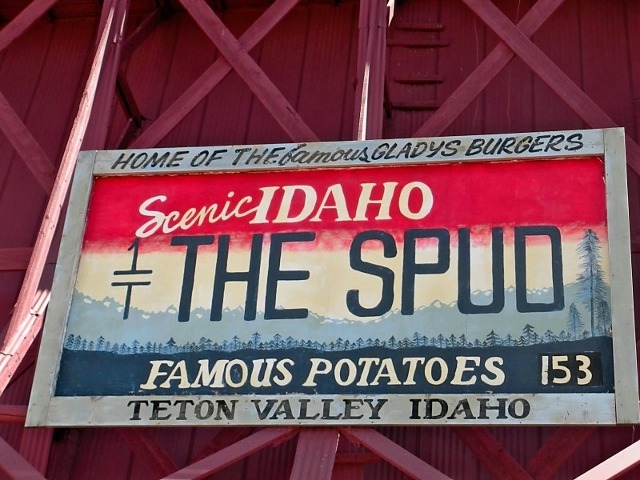 And how cute is this? 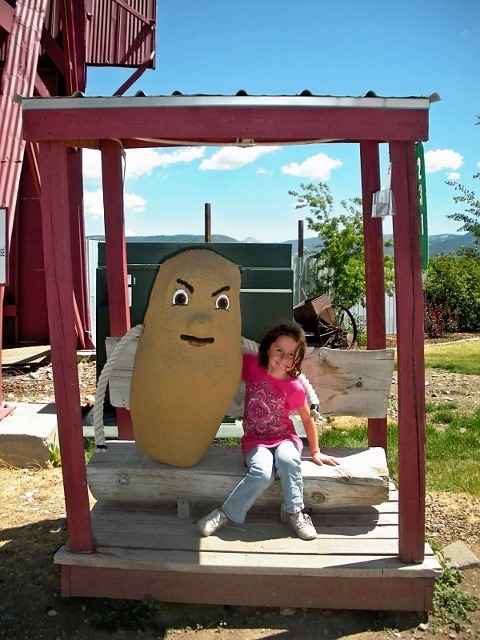 From the drive-in we drove a little further north to the city of Driggs where we were able to get a nice view of the other side of the Tetons. 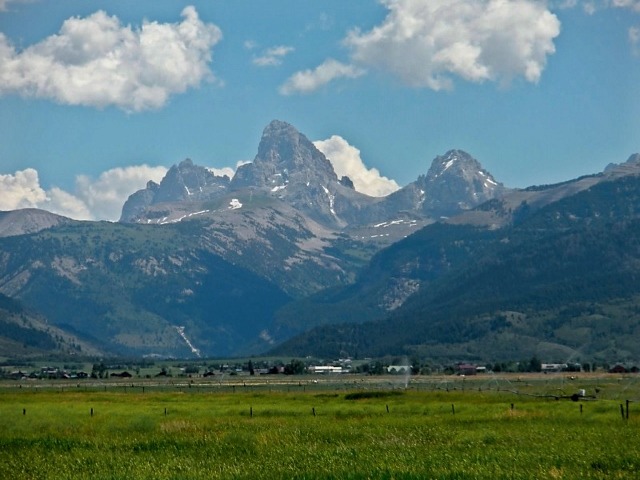 We found a park and had a picnic lunch and looked over the brochures we’d picked up and found a few more places to stop on our way back.  One place that caught our attention was the Victor Emporium that claimed to have world-famous huckleberry milkshakes.  I had never heard of their huckleberry milkshakes before (have you?), but we figured if they were world-famous, then we should definitely try one.  They were good! 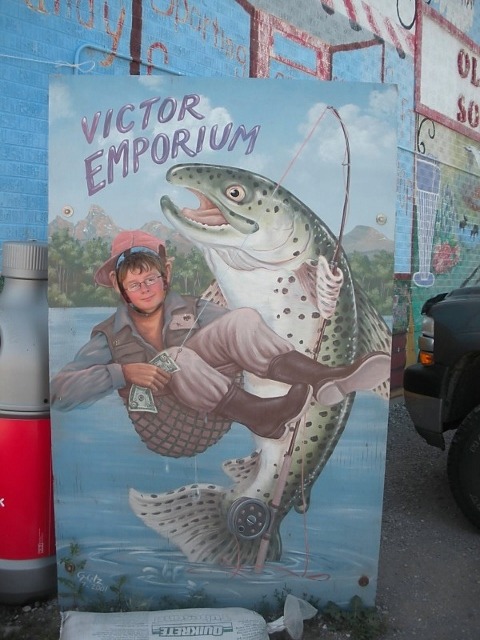 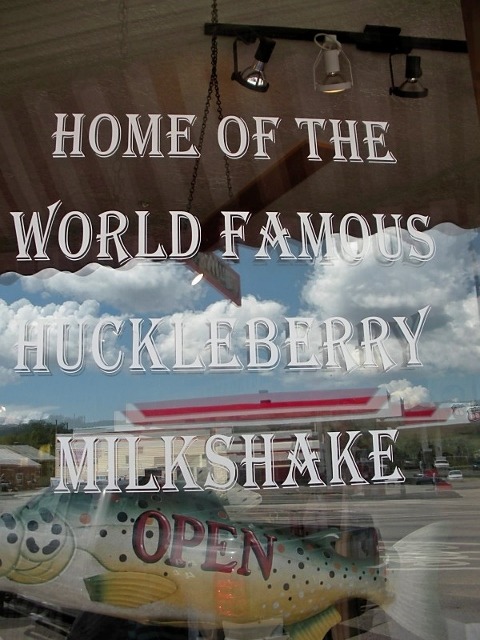 Our last stop in Idaho was the Grand Teton Brewing Company. 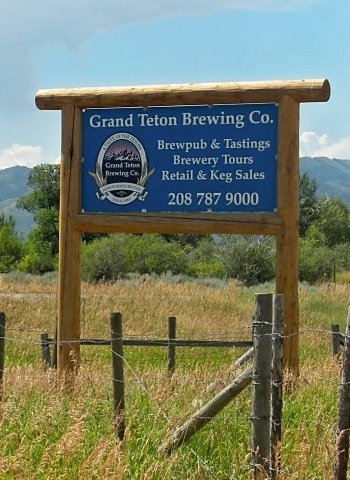 Before anyone gets mad at me, I will say that my kids did not sample any beer.  But my husband did and he bought some.  While my husband was beer tasting and shopping, the kids discovered something rather surprising outside:  cornhole!  I had been under the impression that cornhole was largely a Cincinnati phenomenon.  Not familiar with cornhole?  It is a game played with what looks like bean bags, but instead they are filled with, you guessed it, dried corn.  You toss the bag at a board sitting at a slight incline and aim for the hole. 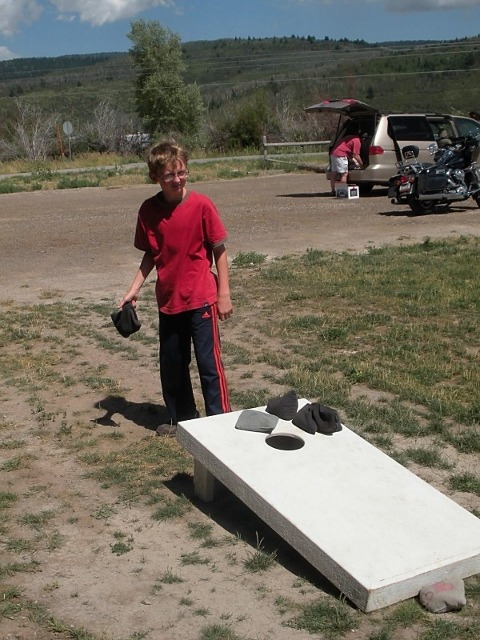 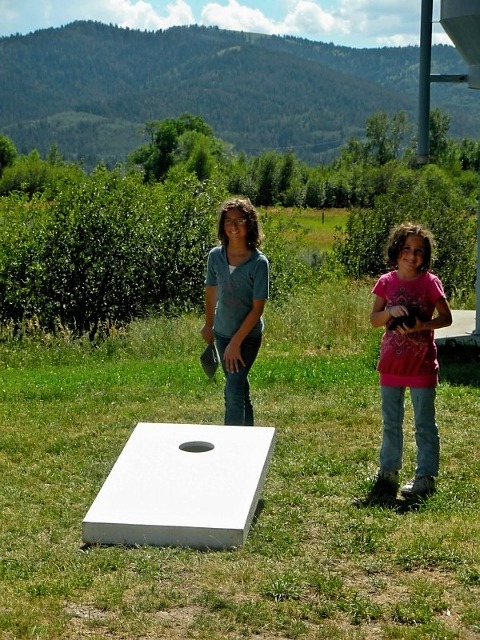 The kids enjoyed a game of cornhole, then with our tummies filled with huckleberry milkshakes and our car stocked with a case of Grand Teton beer, it was time to head back to the other side of the mountains.  It was just a short visit to Idaho and someday I’d like to go back and see more of the state, but it was a very pleasant little outing.

Have you been to Idaho?  What other sights and attractions would you recommend? 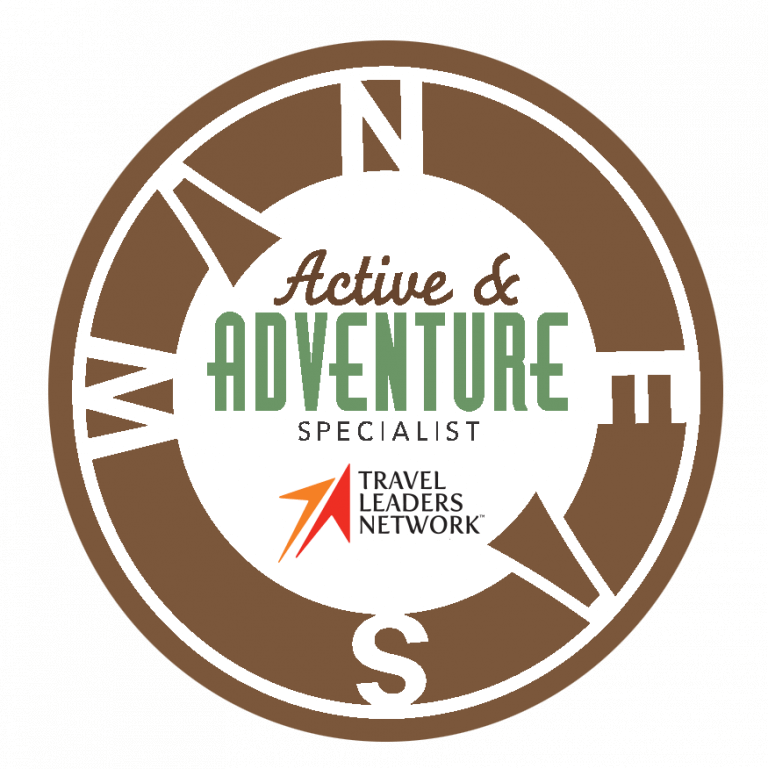