The city of Venice, Italy is an iconic destination that is on many travelers’ bucket lists. Surely, a picture of a gondola comes to mind, right? I thought it would be fun to dig a little deeper into some of Venice’s icons and learn more about them. 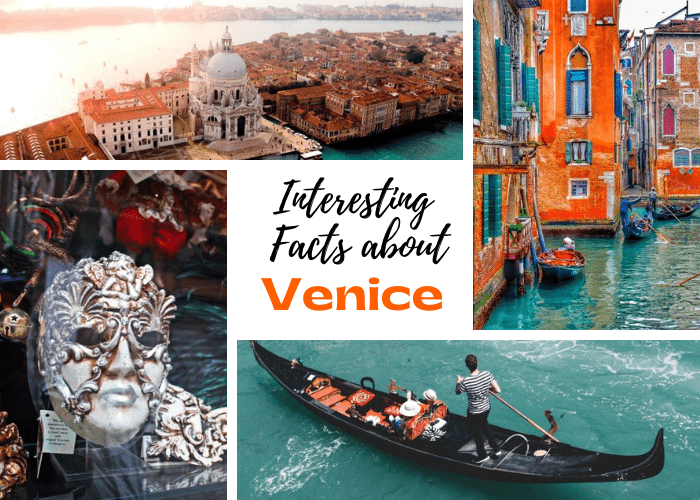 Venice is a city perhaps best explored by water. With 150 canals running through the city, there is just as much to see by boat as there is on foot. The city itself was built on several small, marsh-like islands, which helped to create the intricate canal system and floating city effect. In Venice, the canals are treated like streets and still serve a functional purpose for resident Venetians. 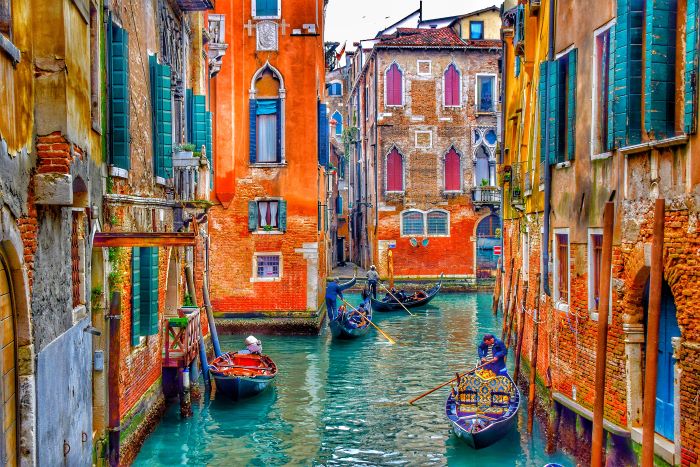 When you picture Venice, you undoubtedly picture a gondola floating along the canals. These carefully designed boats date back to the 11th century and were once used as the primary form of transportation between the islands. Gondoliers represent one of the oldest trades in Venice, and they must complete rigorous training before they can take tourists around the canals. 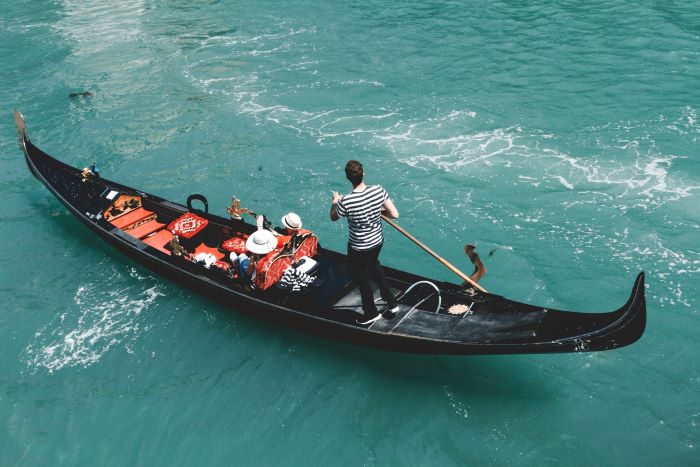 Getting around Venice is surprisingly easy. You will find no shortage of boats to take you around canals. Hop on the Vaporetto for quick and easy transport along the Grand Canal and neighboring islands. If you want something a little more efficient than a gondola but more relaxed than the Vaporetto, look for the classic Venetian water taxis. Some even offer private tours around Venice. 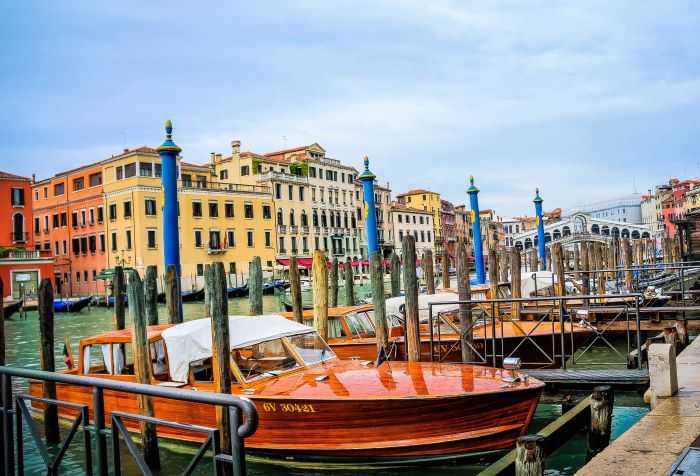 Also known as the City of Masks, Venice has an alluring and romantic reputation associated with masks that is centuries-old. What has now become a fun souvenir was once part of Venetian daily life. Masks were widely used to conceal the wearer’s identity and social status. Today ornate masks are worn mostly during Carnival celebrations, and you’ll even see people dressed in traditional Venetian costumes. 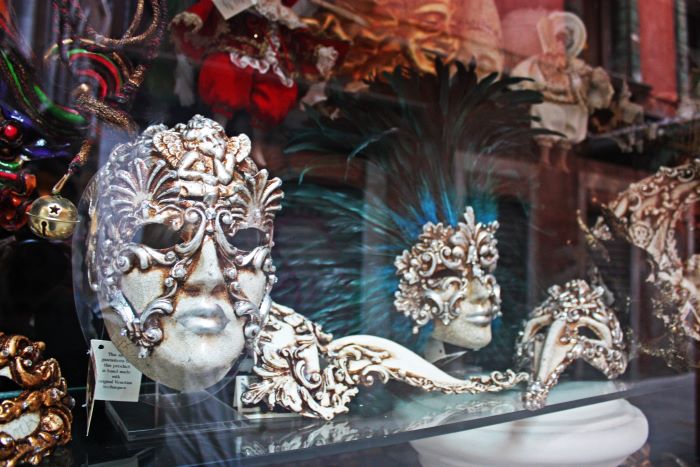 Choosing a mask in Venice is as personal as it is aspirational. With about seven different styles of Venetian masks, it is vital to understand the meaning as well as the style. The Bauta mask is traditionally white and covers the entire face, while the famous Colombian mask covers only half the face and is highly decorated. Look out for the medico della peste with its long beak. This mask was traditionally worn by doctors to prevent the spread of disease! 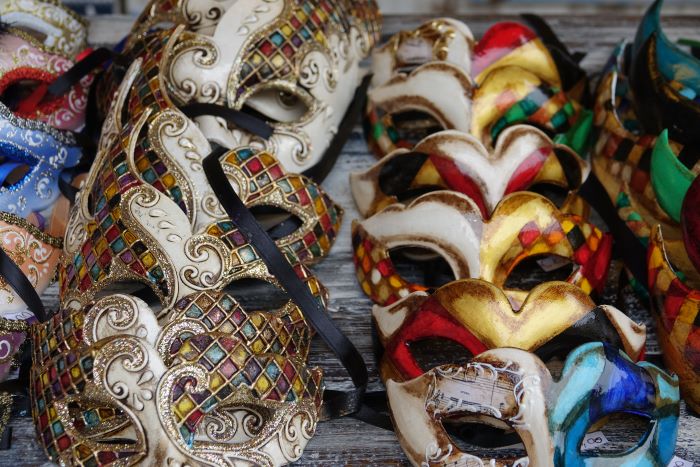 The Piazza San Marco in Venice is one of the most historically significant locations in the city. If you stand in the middle and look around, you will find yourself surrounded by significant landmarks of Venetian history. The San Marco Basilica is marked by three former ships’ masts that once represented the kingdoms Venice conquered. The Florian, on the perimeter of the piazza, is also considered to be the oldest café in Europe. 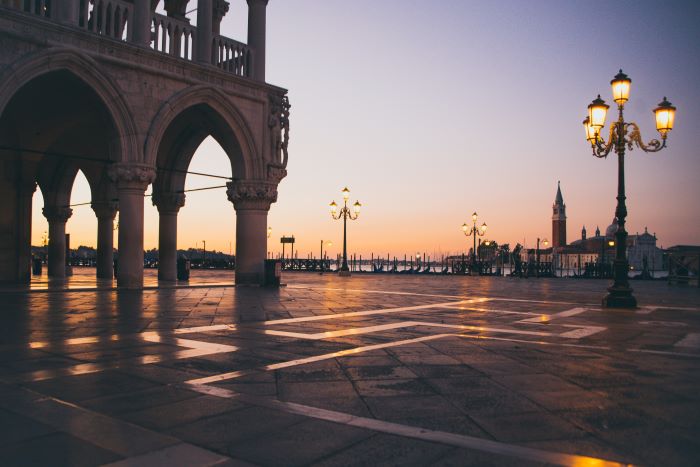 As you walk around Venice, you’ll notice motifs of a winged lion on the walls, pedestals, in churches, and museums. Representing the evangelist and patron saint, St. Mark, the winged lion holding a bible, has been the symbol of Venice for centuries. High above Piazza San Marco, there is even a bronze sculpture of the Lion of Venice, which stands watch over the city, asserting its dominance and power for all to see. 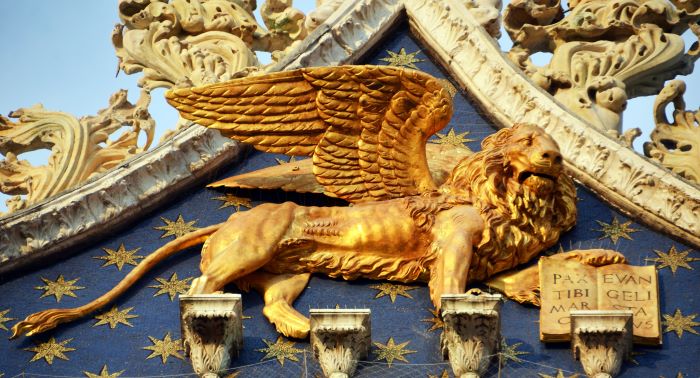 Some of the must-see sights in Venice are not as old as the city itself. In 2017, a sculpture of two giant hands supporting the Ca’Sagredo Hotel along the Grand Canal was unveiled. This art installation was created by artist Lorenzo Quinn to bring awareness to the effects climate change has on the city and humankind’s power to change it. 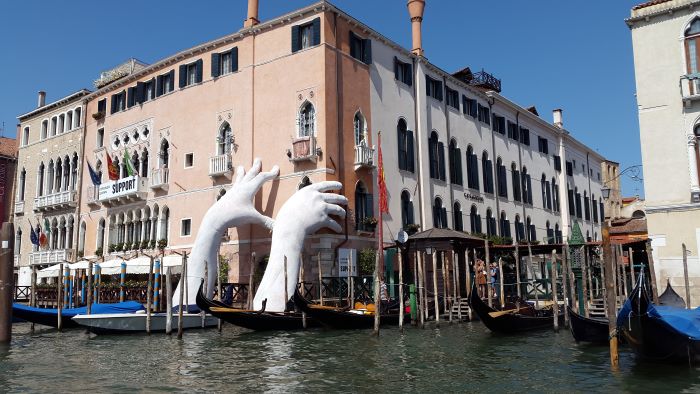 After spending time getting wonderfully lost on the streets of Venice, head to higher ground for a more scenic view. Atop the Campanile di San Marco, you can enjoy panoramic views of the city below, along with the lagoon, Piazza San Marco, and neighboring islands. Originally built as a lighthouse, this 323-foot bell tower is a great place to end a day in Venice. 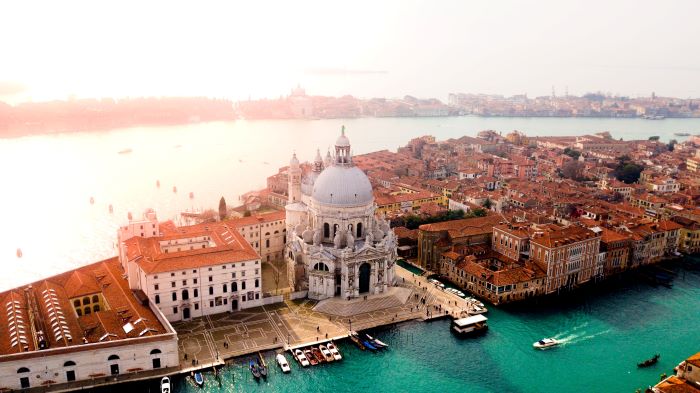 Is Venice on your list of must-visit destinations? Whether by cruise or a land vacation, I would love to help you plan a trip to Venice. Read about how my services work here.