With so many caves in Kentucky’s Cave Country, many have added other attractions to make them stand out from the crowd. That is exactly the case with Hidden River Cave in Horse Cave, Kentucky. In addition to cave tours, they offer the American Cave Museum, along with a zipline and rappelling. And that worked out really well for our visit. It turns out that the “hidden” river decided not to stay hidden while we were in town–it flooded the cave. It wasn’t hard to find the river at all. We just walked down this long flight of stairs and there it was. 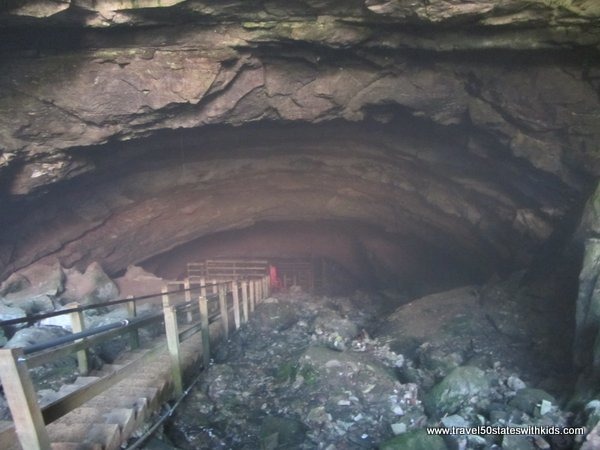 That meant that we couldn’t have a full tour of the cave, but we didn’t leave disappointed. My kids were very excited about ziplining and rappelling. I was content to watch and take pictures. Safety first: the guides helped my kids put on their harnesses. 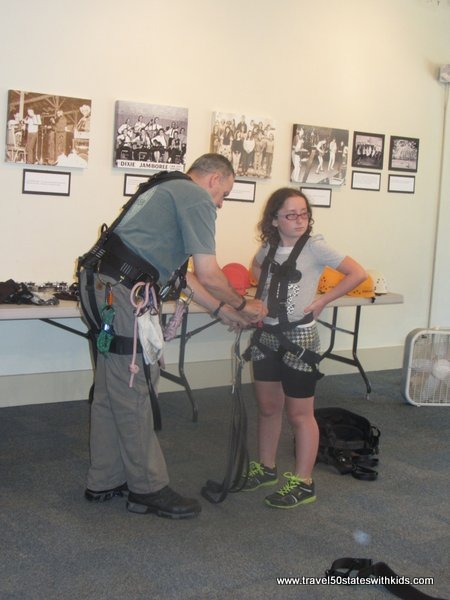 There was a single zipline (as opposed to a course with multiple lines), so it was over in a jiffy, but my kids had a blast flying through the trees. 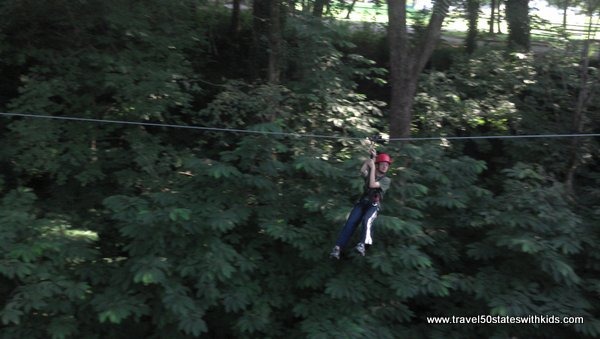 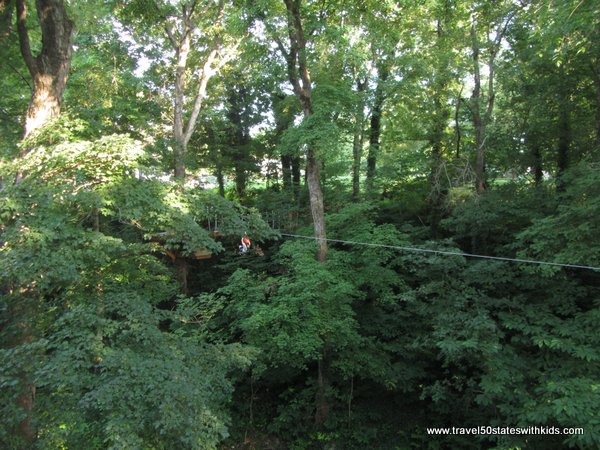 The rappelling was exciting for my kids because it was the first time they’d ever tried it. The guide went down first. 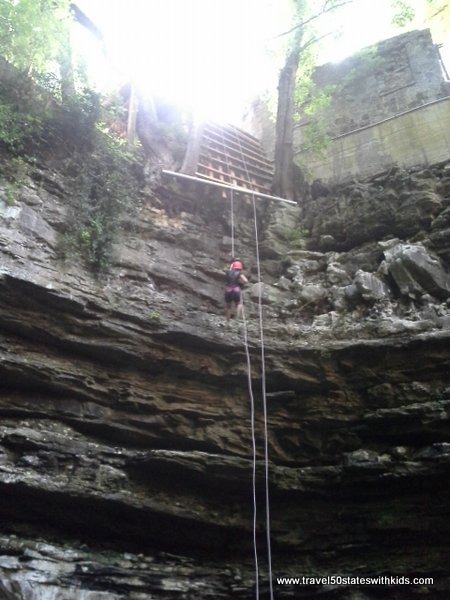 Then my kids went down, one by one. On the upper part they could push off the rocks. The lower part is just lowering yourself down the rope. 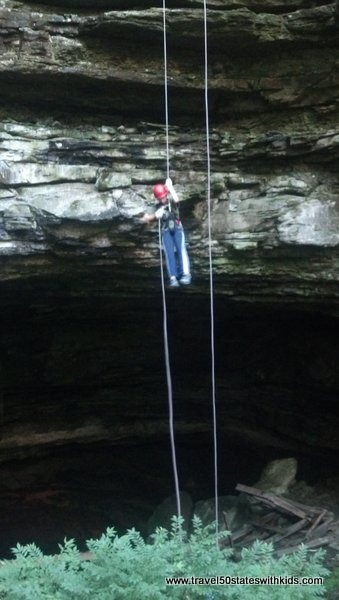 All was going well until my daughter’s hair got stuck in the equipment. Yikes! I don’t know why she’s smiling, because they were considering cutting her hair. 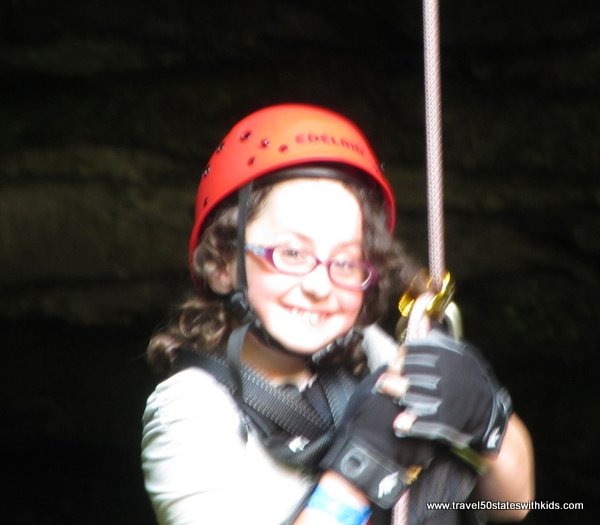 The guide was our hero because he figured out how to boost her up and get her hair out without cutting it.

The kids had a great time ziplining and rappelling and I thoroughly enjoyed watching them. It was a bummer that we couldn’t see more of the cave.  Normally, there are three tours you can choose from: the historic tour lasts less than an hour and does not require reservations. There are also 3-hour and 5-hour tours for more adventurous spelunkers. We also didn’t have time to explore the American Cave Museum although it looked quite interesting. I hope I am able to go back again and see it.

Disclosure: My kids received complimentary ziplining and rappelling at Hidden River Cave so that I could research and write this article. Many thanks to the Bowling Green Area Convention & Visitors Bureau  and the Cave City Convention and Tourist Commission for coordinating our trip.