If you read my last post about The Stephen Foster Story, you may remember that this outdoor musical is performed in an amphitheater in My Old Kentucky Home State Park in Bardstown, Kentucky. Why there? Because Stephen Foster was the composer of My Old Kentucky Home, the state song of Kentucky. The home that inspired the song is real and was owned by distant relatives of Stephen Foster, who visited there once, it is believed. Although no one can be truly certain this is the home that the song was based on, that is the claim. 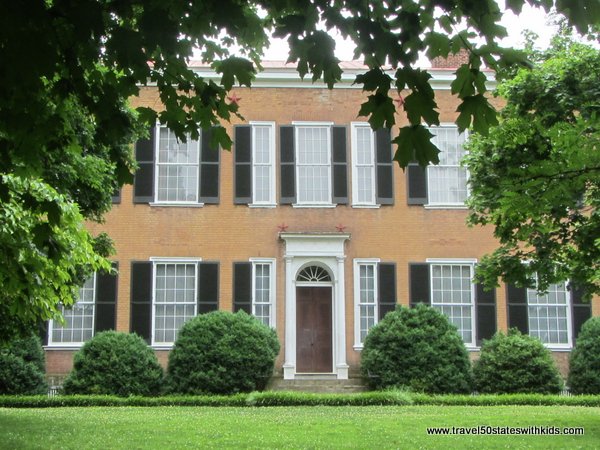 The home is named Federal Hill and was built by Judge John Rowan in 1795 using slave labor. During a tour of the mansion, you’ll learn a little about Stephen Foster, but mostly about the Rowan Family. The place to start is the visitor center where you can obtain tickets for the house tour. 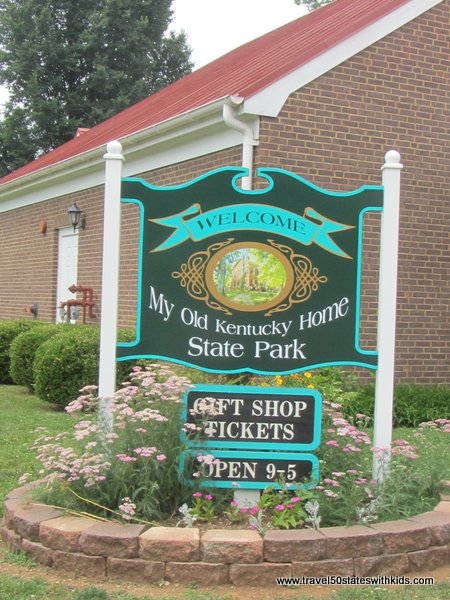 In the lobby of the visitor center, you can watch a film on a TV about Stephen Foster. We watched part of it. It was interesting, but was 60 minutes long! We didn’t have time to watch the entire film. If I could change one thing about the visitor center, I would add a separate theater (away from the lobby noise) with a 20-minute introductory film.

It was a short walk from the visitor center to the house. We passed this marker which reads:  Inspiration for the state song of Kentucky by Stephen Collins Foster in 1853.  Judge John Rowan, cousin, owned and had built back wing in 1795 and the front in 1818. Federal Hill became renowned as a center of legal, political and social activity. In Senate, Rowan led amending US judicial system and ending imprisonment for debt. 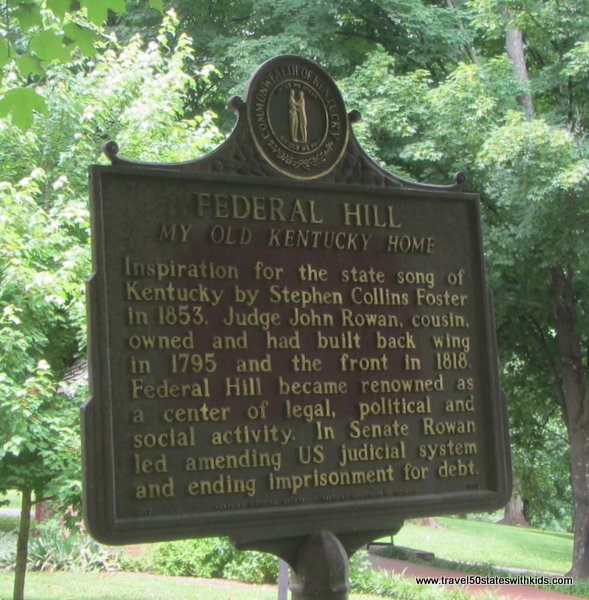 The house tour has timed entries and there are two tour guides, one for each floor. I had to obtain special permission as a journalist to take pictures. Photography is normally prohibited. 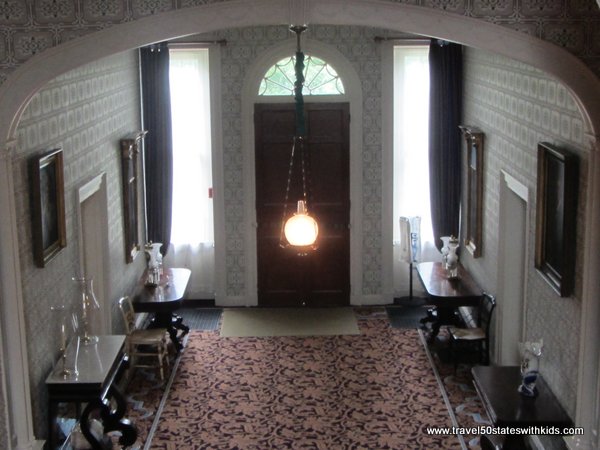 We’ve been on many historic home tours and did find a few things in this one that made it stand out. Much of the furniture is original to the home. I wonder if Stephen Foster played this piano. 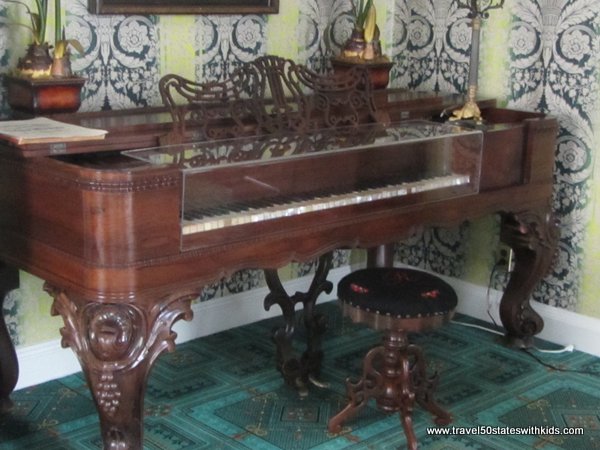 The home contains many portraits of people who lived there. The tour guides tell their stories. Even my 10-year-old daughter found that interesting. 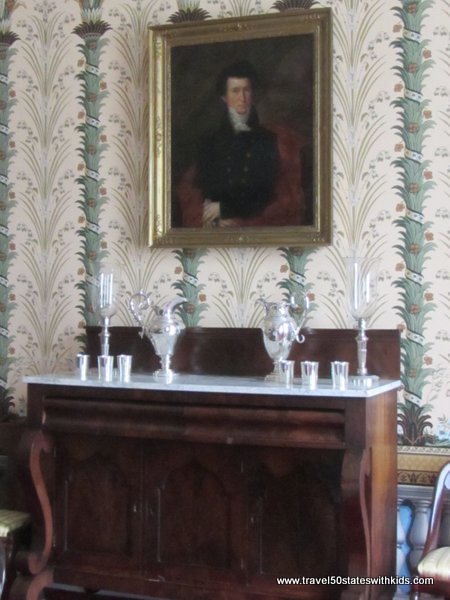 You’ll see the public rooms as well as the kitchen. 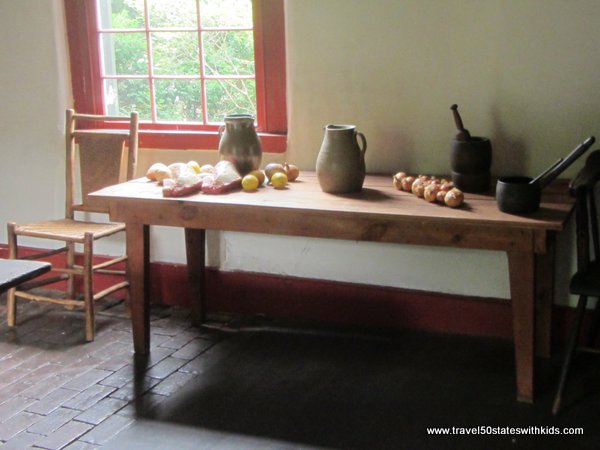 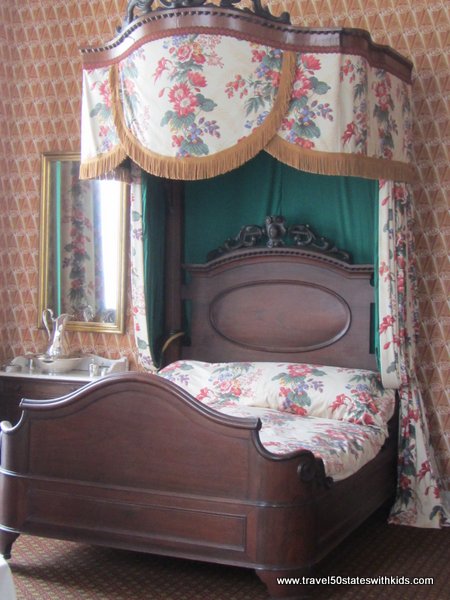 I’ve seen many chamber pots on historic home tours, but this was the first time I’ve seen one made of silver and one under an upholstered chair. 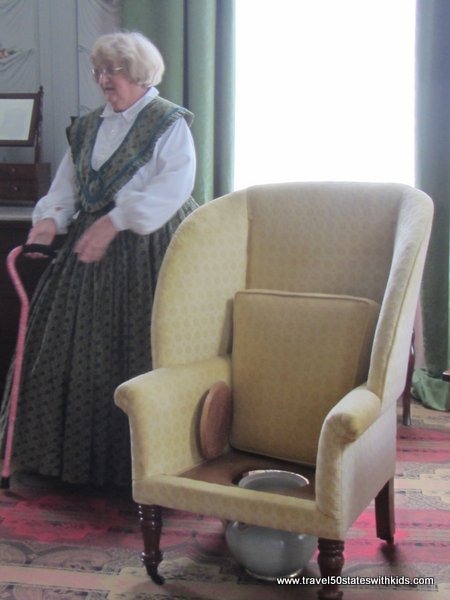 The tour guides knew their material, but were clearly scripted and preferred to have questions answered at the end of their presentations, not during. That makes this tour better suited for older kids, not little ones.

Outside the house you can view the log cabin that housed the law office of Judge Rowan. 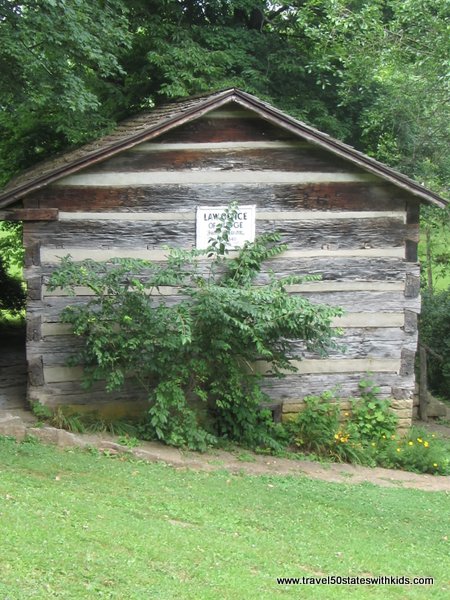 The grounds are beautiful and worth taking some time to explore. Look for the statue of Stephen Foster. 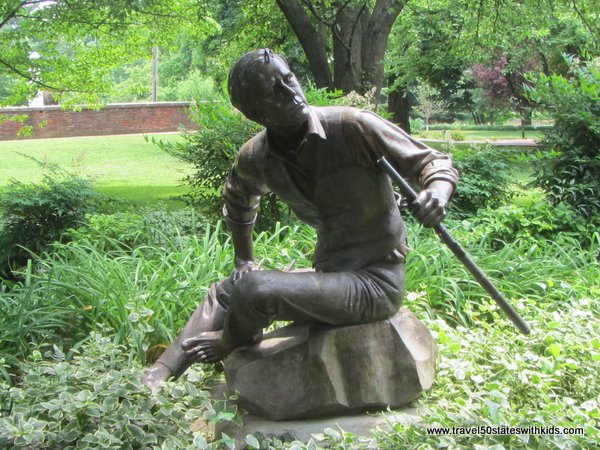