History buffs will want to make sure their trip to Bardstown, Kentucky, includes plenty of time to explore all the history contained in a collection of museums known as Museum Row. Your admission fee gives you entrance into all five venues and tickets are valid for two consecutive days so that you don’t have to rush through them. Unfortunately, I didn’t follow my own advice and we didn’t have enough time to go to all of them, but we enjoyed the two that we visited.

This village is a reproduction of a typical frontier village in the late 18th century. 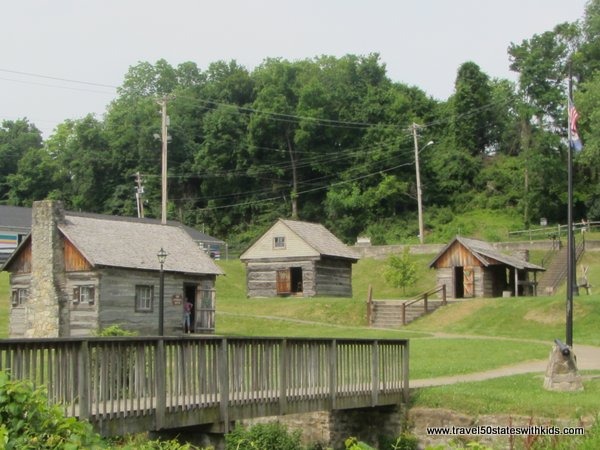 The village was created from original cabins from the area that date back to 1776. 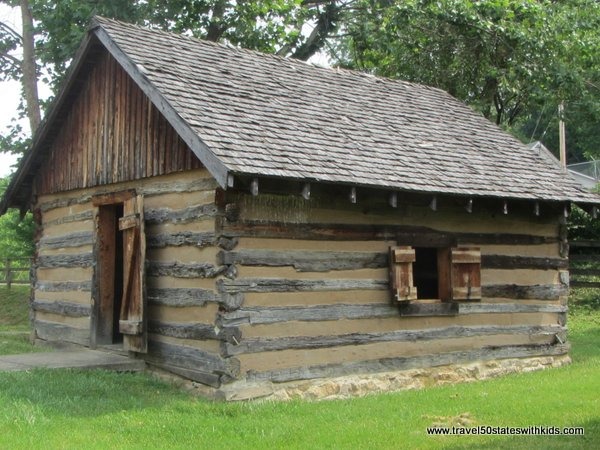 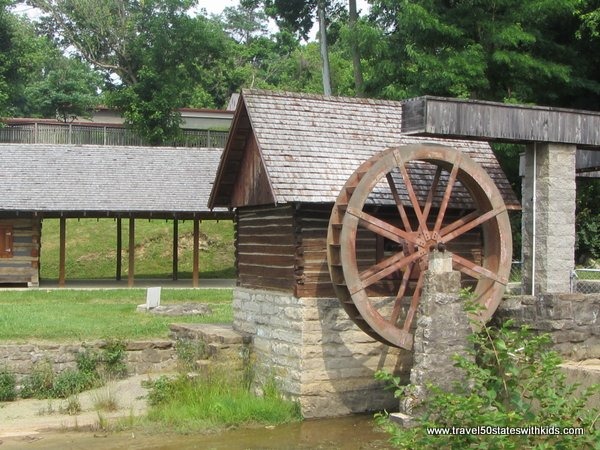 And a woodworking shop. 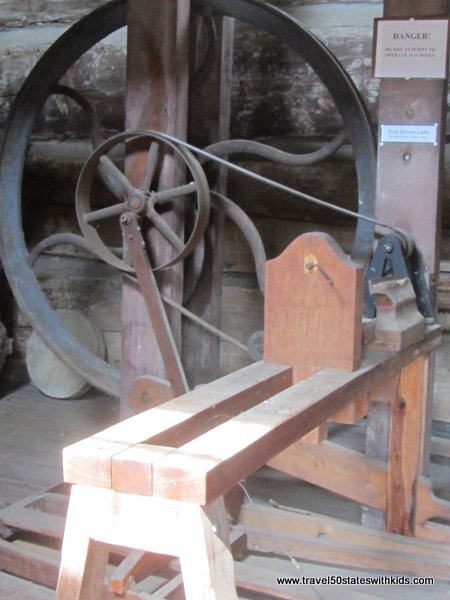 Bardstown is the Bourbon Capital of the World, so it shouldn’t surprise you that you can also see a homemade whiskey still. 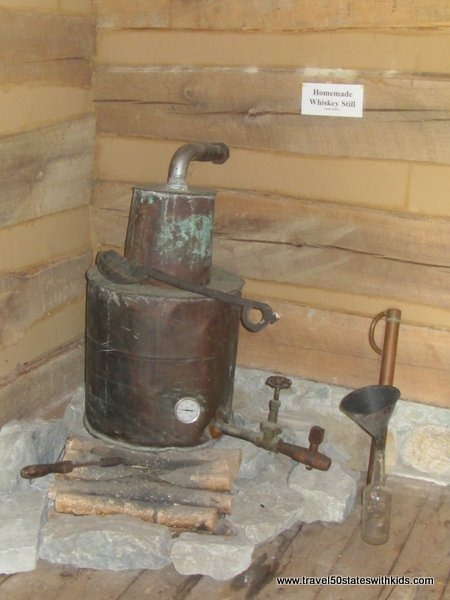 Tours are self-guided. We wandered through the village at our own pace. The cabins were open and had signs to explain what we were viewing.

This Civil War museum focuses on the War of the West and has Kentucky’s largest collection of Civil War artifacts. We saw both Union and Confederate uniforms. 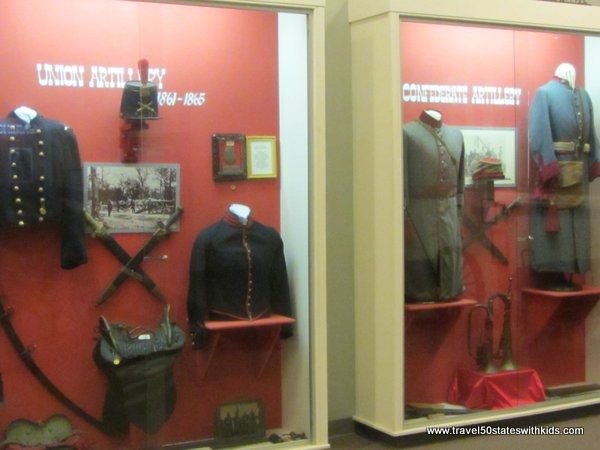 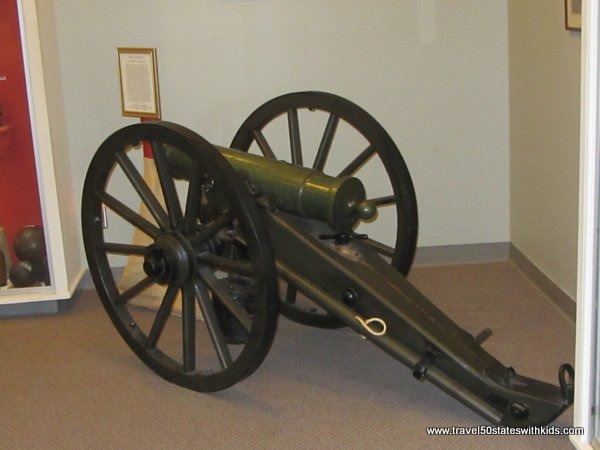 I did not expect to see artifacts like horses! 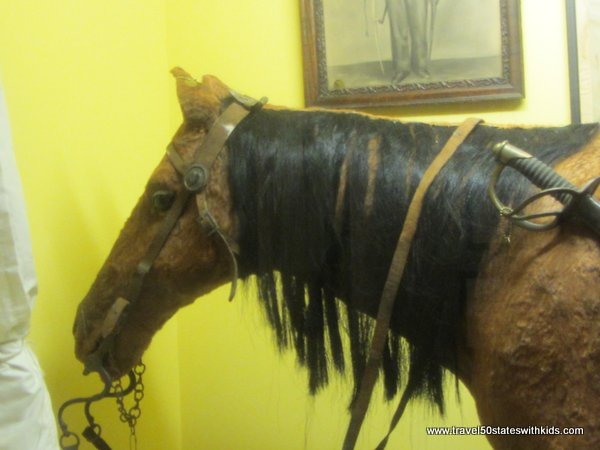 Truth be told, my son enjoyed this museum much more than my daughters. It could be because, not only is he a boy, he is the oldest of my kids and had studied the Civil War more extensively in school. He was intrigued by the exhibits. 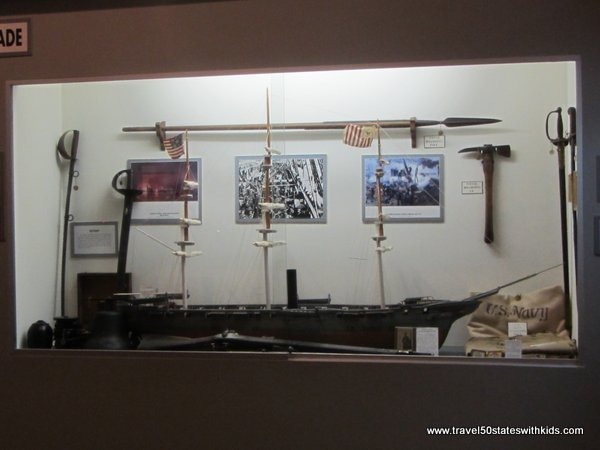 This museum is probably best for older kids who have learned about the war and can appreciate what they are seeing. Docents are available to answer visitors’ questions. There aren’t any hands-on exhibits for younger kids. 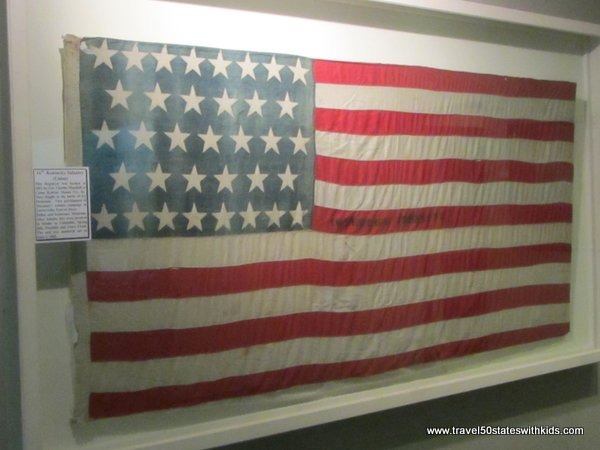 Women of the Civil War Museum

I wish that we could have seen this museum, but we simply ran out of time. The museum shows visitors the roles that women played during the war. Clothing and artifacts tell the stories of women as nurses, spies, soldiers in disguise, and workers on plantations and in factories.

This site honors  those who served to preserve freedom, especially those from Mid-America. Artifacts from the Revolutionary War through Desert Storm are displayed. Bardstown native and Vietnam hero, Gen. Hal Moore, is featured. He authored the New York Times bestseller We Were Soldiers Once… and Young, which was adapted into the 2002 movie We Were Soldiers, starring Mel Gibson.

This museum shows how Native Americans in different parts of America lived. See reproductions of a longhouse, totem poles, teepee, and an adobe house.