Bardstown, Kentucky, has long been known as the Bourbon Capital of the World. In 2012, it was also named the Most Beautiful Small Town in America by Rand McNally and USA Today. But what it probably isn’t known as is a place to take kids, so perhaps that is why they invited me and my kids to explore the family-friendly side of Bardstown. We saw several attractions in Bardstown and the attraction that tops my list is the long-running outdoor musical, The Stephen Foster Story.

Stephen Foster (1826-1864) is known as the Father of American Music. He was a pioneer in the field of songwriting, and attempted to earn a living as a songwriter before it was an established profession. Foster blended the genres of parlor music and minstrel music and wrote over 200 songs during his career. 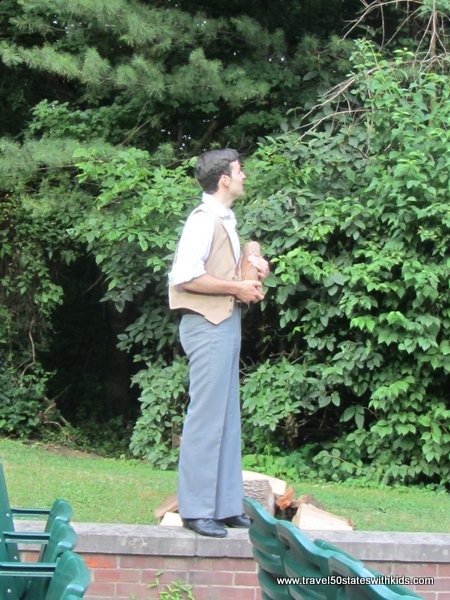 Even a couple of centuries later, his music is still popular and known even by kids. My kids were familiar with Oh! Susannah and Camptown Races before we saw the show (although I’m not sure they knew those songs were written by Foster). 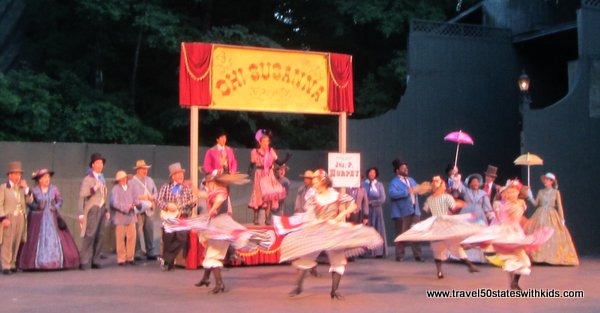 The musical, performed in an outdoor amphitheater in My Old Kentucky Home State Park, tells the story of Stephen Foster’s life. The score consists, not surprisingly, of several of Stephen Foster’s songs. It is performed by professional actors wearing amazing costumes. Several costume changes during the performance help to keep it interesting, especially for girls who love to admire pretty dresses. 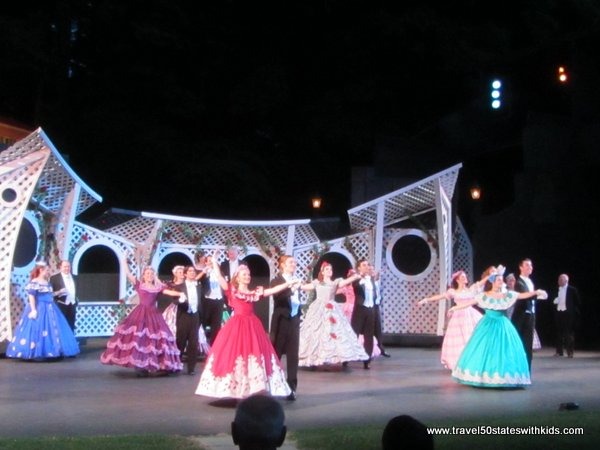 The sets used were well done and quite elaborate for an amphitheater. 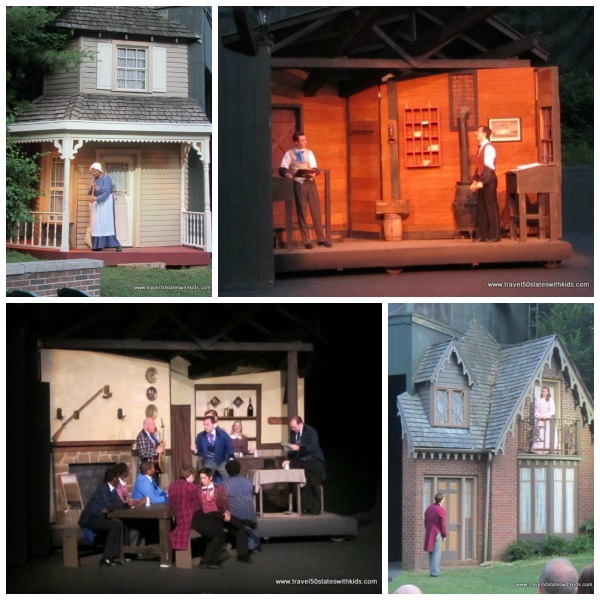 All of us enjoyed the performance although my teenage son will deny it. We enjoyed hearing our old favorites and also found some new favorites including Nelly Bly! and If You’ve Only Got a Moustache. As for the latter song, I don’t understand why this song hasn’t made a comeback with the recent popularity of fake moustaches. It’s an entertaining song.

The lyrics are funny. Here’s the first verse:

I discovered something in common with Stephen Foster. Having grown up in Pittsburgh, my childhood music teachers made sure we learned that he was from Pittsburgh. What I didn’t know was that he relocated to Cincinnati, which is where I live. In fact, he wrote Oh! Susanna while living in Cincinnati, I learned during my research. That song became popular during the California Gold Rush. I also found out there are a few points of interest about Foster in Cincinnati that I need to go check out.

The musical did explore some of the difficulties that Stephen Foster encountered during his life, but the story was arranged in a way that the musical had a happy ending. We enjoyed the show very much and it isn’t hard to understand why 2014 will be its 56th season. 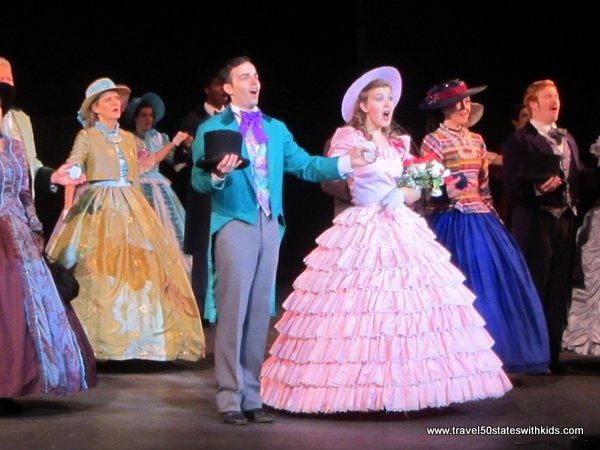 In reality, Stephen Foster’s life did not have a happy ending. We learned that the next day when we visited My Old Kentucky Home State Park. He died alone and in poverty. The practice of paying royalties to composers was not well established and some music publishers paid him nothing. He was buried in Allegheny Cemetery in Pittsburgh, another place I would like to visit.

The musical has one intermission and a concession stand is available. We had dinner before the show at Kurtz Restaurant. We enjoyed the Kentucky cuisine and recommend the fried chicken and meringue pies. Many people dine there before the show, so they accept reservations and make sure to serve you with plenty of time to get to the show. 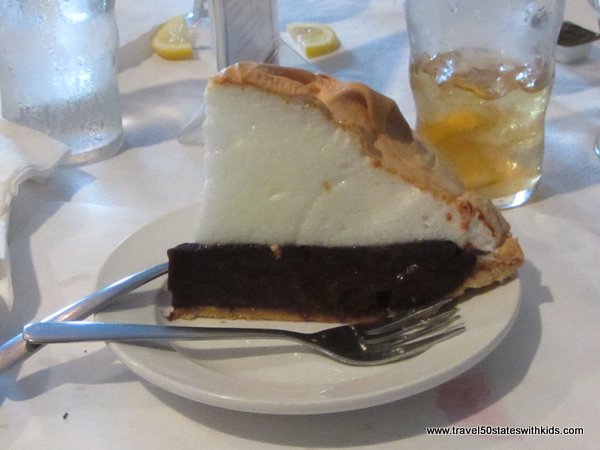 Check website for dates. The theater also performs a second musical on some Thursdays and Saturdays. In 2014, the second musical will be You’re a Good Man, Charlie Brown

Our visit to Bardstown was hosted by the  Bardstown-Nelson County Tourist & Convention Commission. They paid for hotel, our dinner at Kurtz Restaurant, and arranged for complimentary tickets to see The Stephen Foster Story. We paid for our own transportation and lunches.