Who takes their kids on a train ride in a region where there are outlaws on horseback rumored to be in the area? I do! If you’ve been reading this blog for very long, you know that I love an adventure and this sounded like a really fun one. We headed to New Haven, Kentucky, about 14 miles south of Bardstown, to the Kentucky Railway Museum for this train excursion. 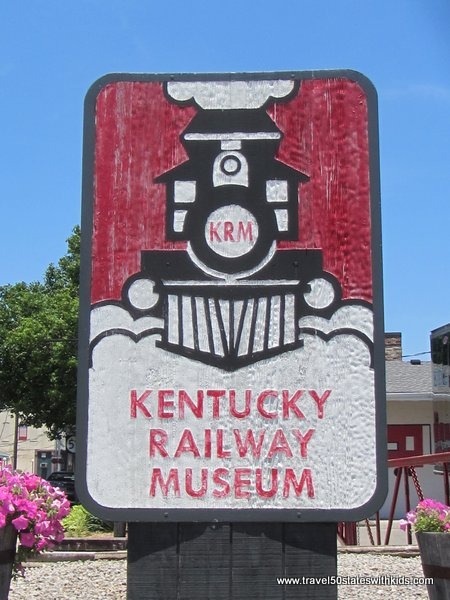 The Museum is located at the New Haven Train Station. It feels like you’re stepping back in time. 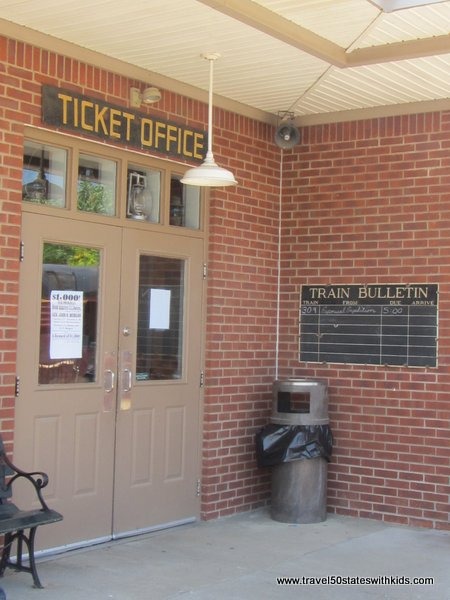 Of course you will want to arrive early so you have plenty of time to pick up your tickets and board the train for your excursion. All aboard! 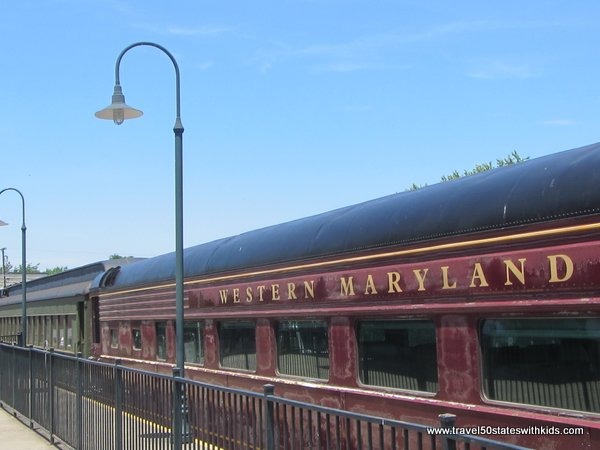 The Kentucky Railway offers many different types of excursions including a Day Out with Thomas, Mystery Theatre, 40’s Weekend, and more. Train Robberies are held one weekend a month from April through November. While my son used to LOVE Thomas the Tank Engine when he was little, at 15, he’s outgrown Thomas. While Thomas would be perfect for the preschool set, the Train Robbery is a better choice for older kids. It is a two-hour excursion and most of it is a relaxing ride through blue grass country. 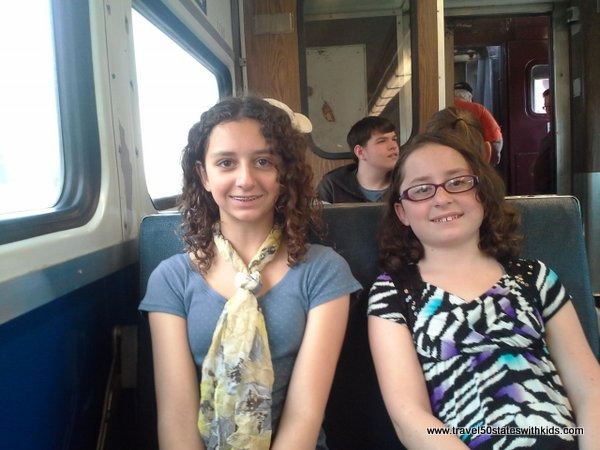 We rode to the town of Boston, Kentucky, where we were able to get off the train and stop in a convenience store. Food is permitted on the train, so we purchased some snacks to enjoy on the ride back to New Haven. In Boston, I was able to get some good shots of the train. 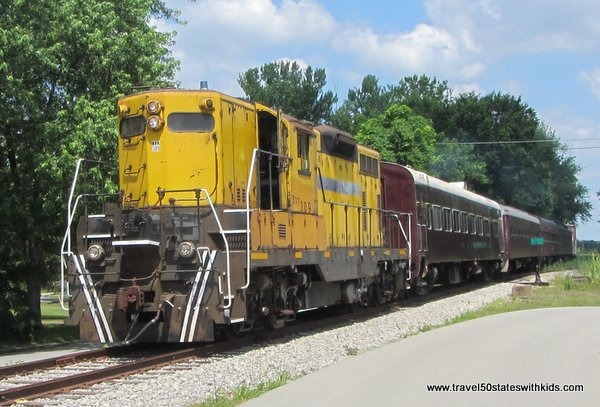 And here’s one with my kids by the engine. 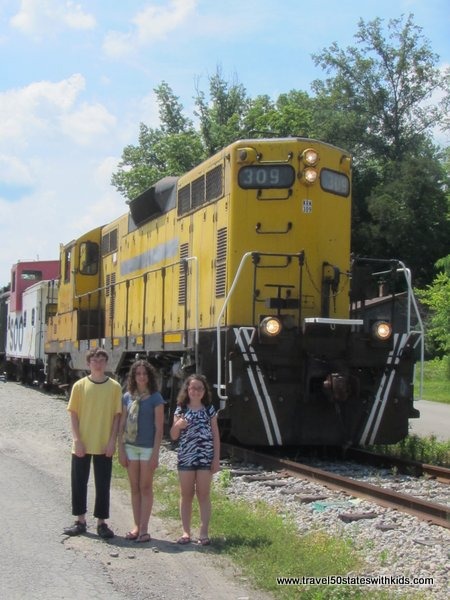 About 15 minutes before we were scheduled to reach New Haven, we heard some commotion. We looked out the windows and saw some outlaws on horseback. They were shooting guns into the air and forced the engineer to stop the train. 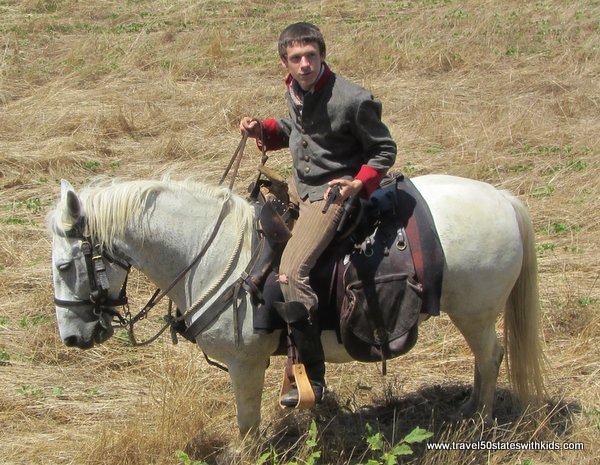 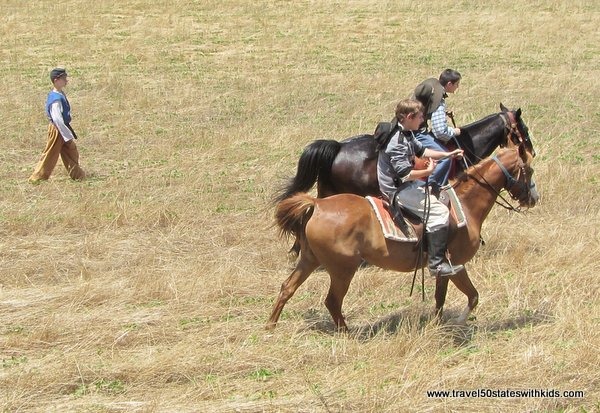 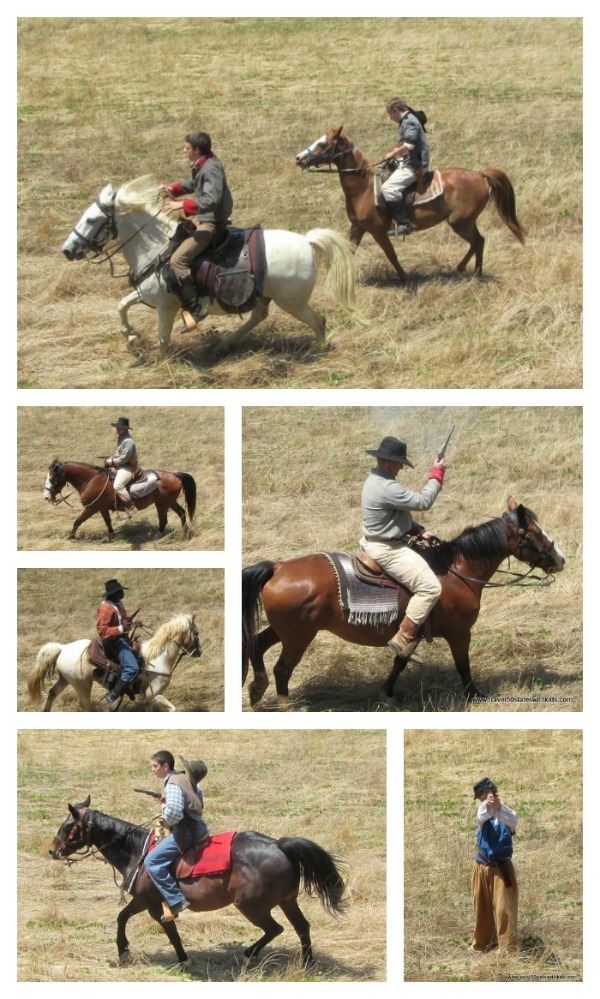 Then the outlaws boarded the train and told the passengers to hand over their money. It’s true; they did. In actuality, the money collected was donated to a children’s charity. Creative way to raise money, isn’t it? 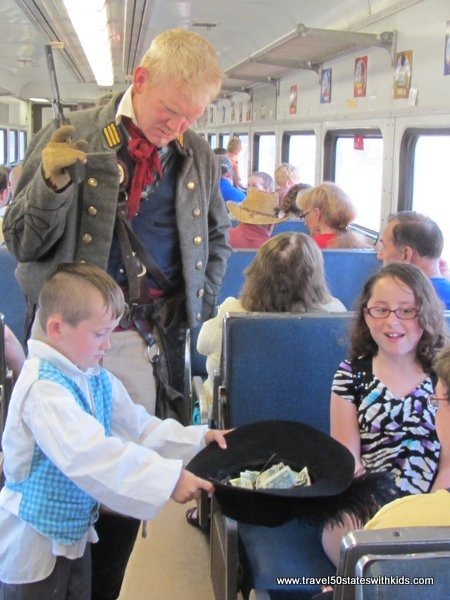 After the train ride was over, we spent a little time exploring the trains outside the station.

Our train excursion tickets also included admission to the museum. Without an excursion, museum admission is $5. To be perfectly honest, I don’t think it would be worth visiting the museum without taking a train excursion. The museum is very small. The train ride is definitely the bigger attraction. 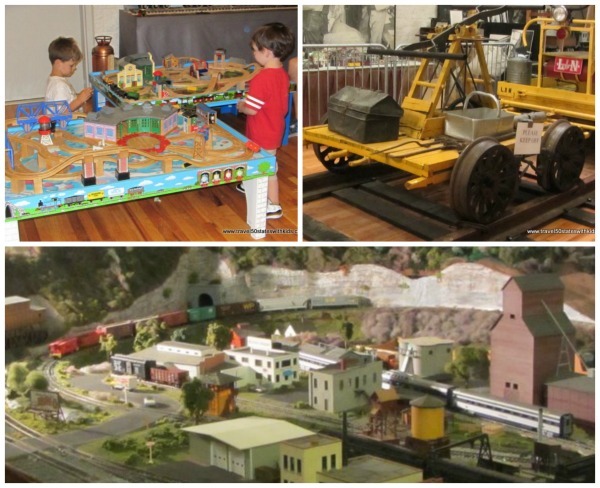 After the excursion was over, the outlaws stuck around a while longer and offered horseback rides in the parking lot. Despite the fact that two of us in our family are allergic to horses, both of my daughters wanted to ride, so I let them. They said the sniffles afterward were worth it. 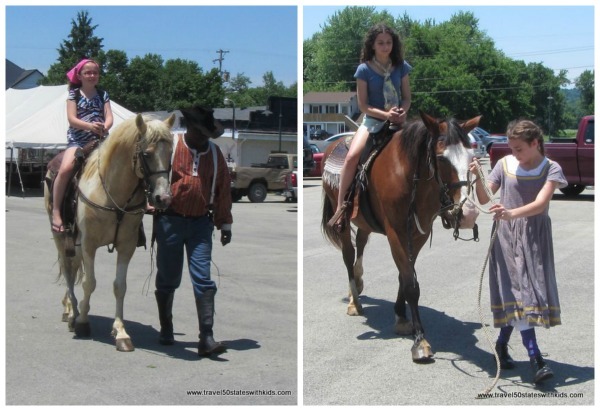 We really enjoyed out Train Robbery excursion at the Kentucky Railway Museum. If you have kids who get antsy, I recommend bringing an activity for them to do aboard the train. The robbery is exciting for the kids, but it doesn’t occur until nearly the end of the ride.

Disclosure: My kids and I received complimentary tickets so that I could research and write this article. Thanks to the Bardtown-Nelson County Tourist & Convention Commission for sponsoring our trip.