Life Lessons I Learned from my Father

Life Lessons I Learned from my Father

It has been less than a year since my father passed away. They say the first year is the hardest. This week is going to be particularly tough with both Father’s Day and my Dad’s birthday falling just a few days apart.

Instead of staying immersed in sadness, I’ve decided to turn my thoughts in a more positive direction by reflecting on some of the many life lessons Dad taught me. 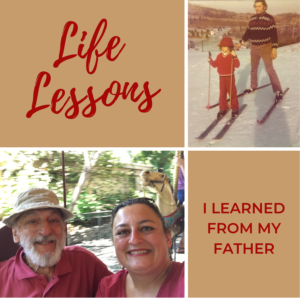 These are the lessons that I think have shaped me in regards to my travel philosophy. And that philosophy has guided how I have set up Big Rock Travel. I hope my clients and readers will appreciate this glimpse into my background.

When my Dad was a young man, he was quite the adventurer. He was a skydiver, mountain climber, whitewater rafter, and spelunker. He met my Mom on a ski trip. He did not allow fear to stop him from living life to the fullest. 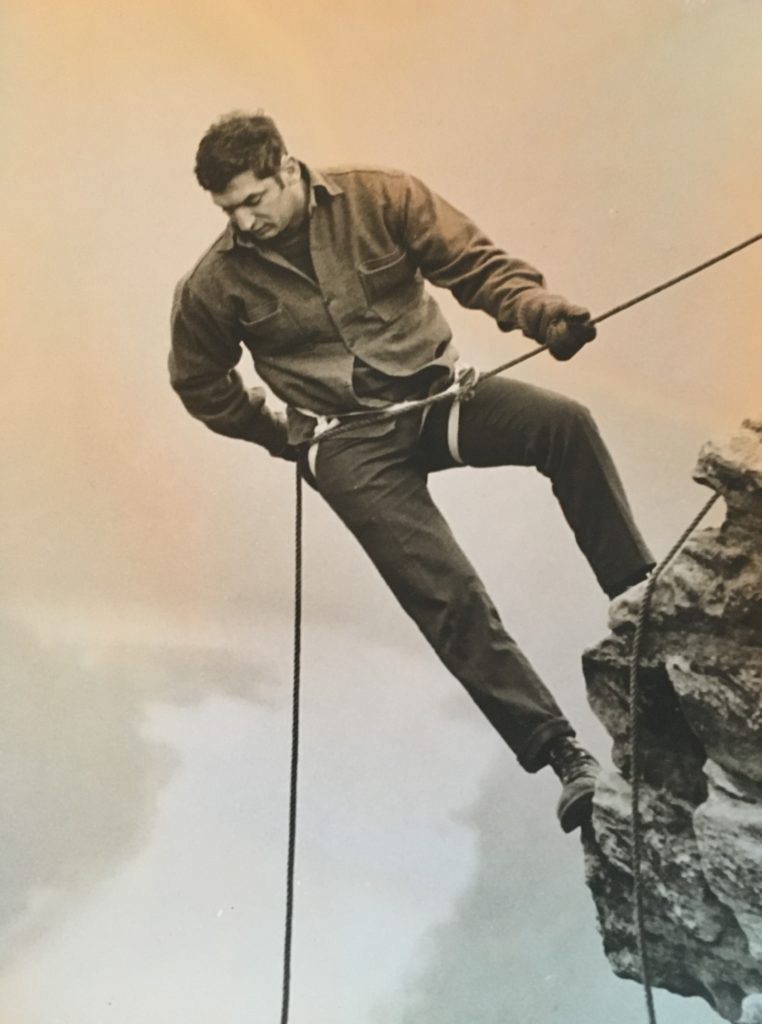 I have a plaque hanging up in my house that I think captures Dad’s approach to life:

Life is not measured by the number of breaths we take, but by the moments that take our breath away.

2. Be a lifelong learner.

Dad did not have much in the way of formal education, but he was very knowledgable on many different subjects because of his thirst for knowledge. I can’t tell you how many conversations started with Dad asking, “Did you know that …”. It amazed me how many facts his brain could hold.

We knew that there was no such thing as a quick trip to a museum because Dad wanted to read everything. I learned from Dad that travel wasn’t just about recreation; it was an opportunity to learn something new.

Ask anyone who grew up in my neighborhood and they’ll tell you that our family was a little different than most. My dad’s creative brain resulted in creative entertainment not only for my sisters and me but for our neighborhood and friends.

A mysterious puppet named Dapper the Tapper occasionally visited and entertained us. We never knew where he came from, nor where Dad was when Dapper made his appearances. 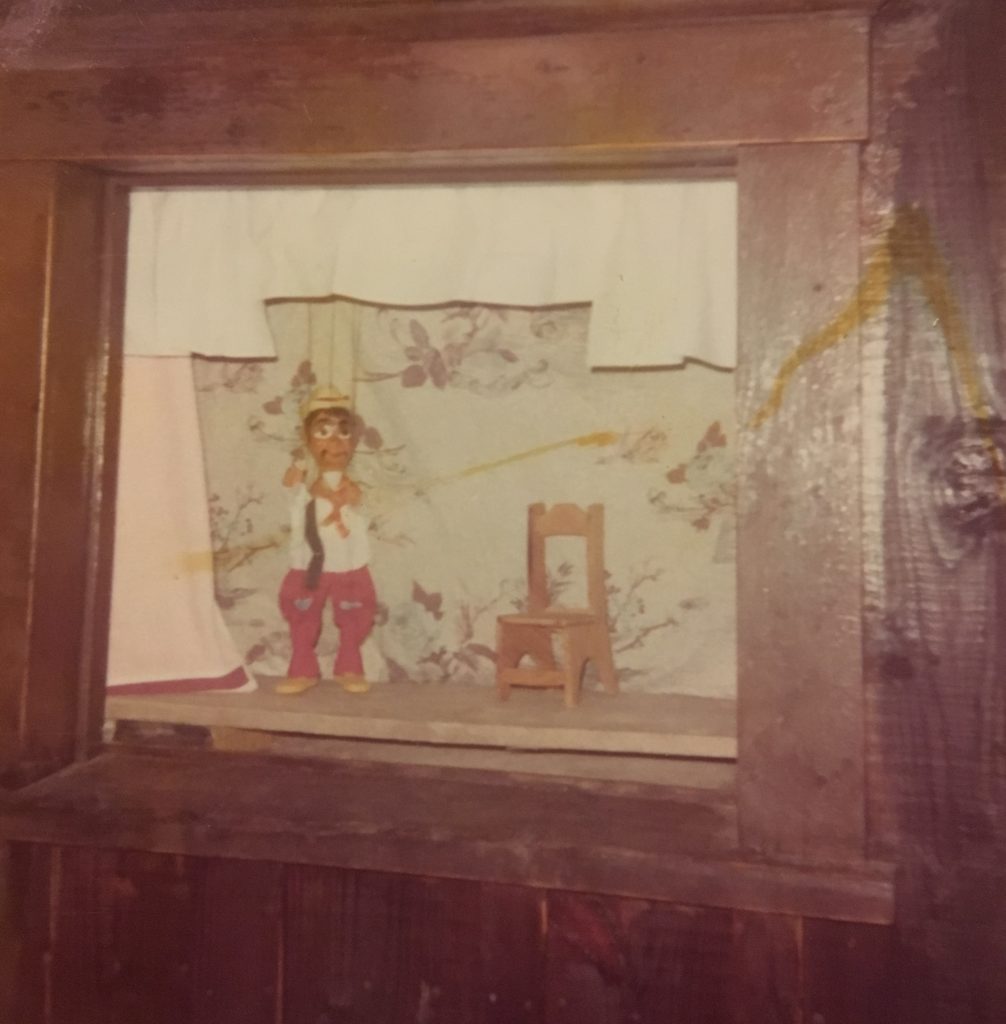 In the winter, Dad turned the hill next to our yard into a ski slope. Using an old car and a lot of rope, he creatively rigged up a rope tow to pull us up the hill. He named our ski resort Heavenly Ridge. 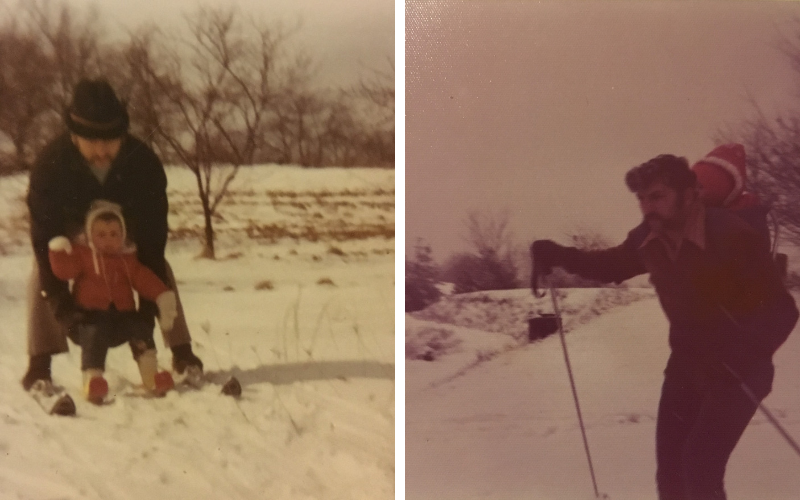 At the base of the ski slope was a tree which held a treehouse that Dad built for us. It was designed for three children and he affectionately called it the Three House, even though we tried to squeeze in as many kids as we could. Inside was seating for three, a small table, and some shelves. 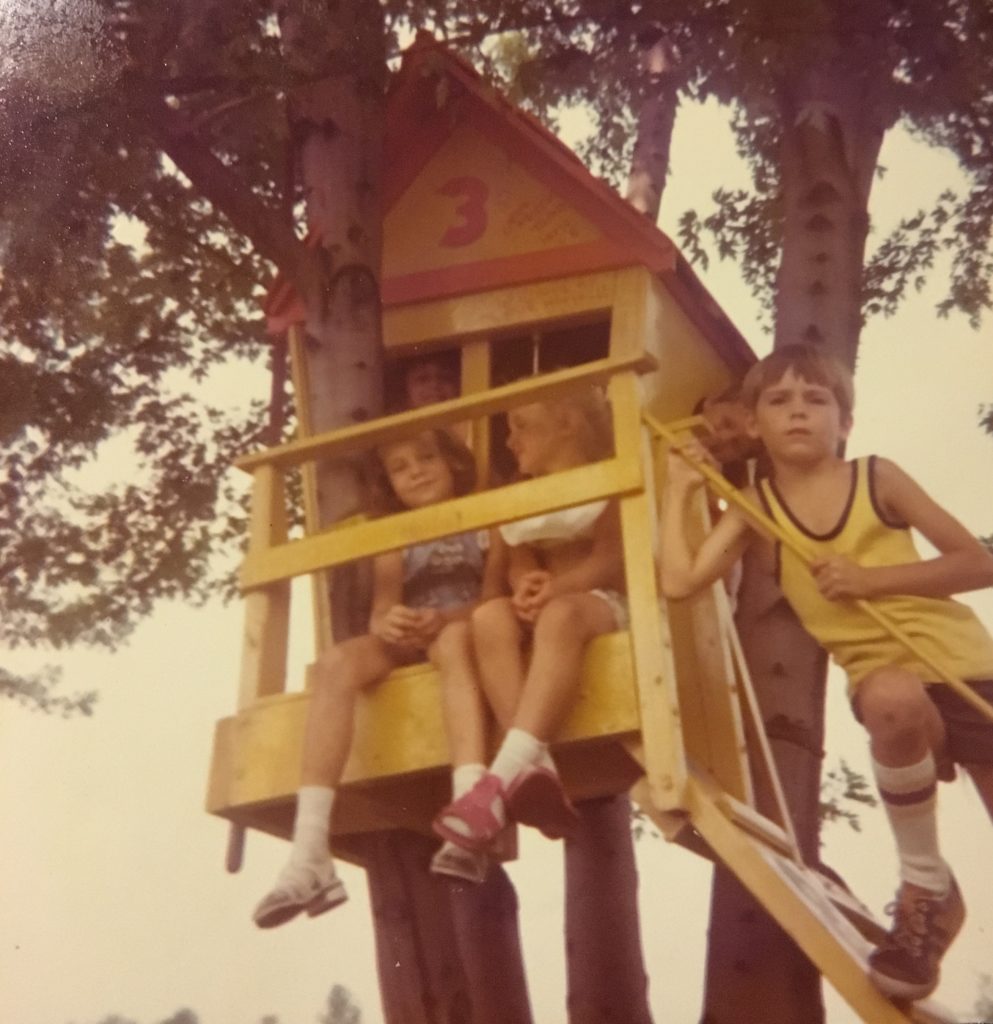 Instead of a kiddie pool, Dad would fill up his rubber raft with water for us to splash in. When we were older, we took that raft out on gentle white-water adventures and to a place that Dad dubbed “Acapulco Rock,” inspired by the famous Acapulco Cliff Divers. It was a rock perfectly sized for kids to jump from into the creek.

We had a backyard trampoline back in the ’70s, long before they became trendy.

On many summer nights, Dad set up a movie projector in our backyard and showed reel-to-reel movies that he borrowed from the library. Mom made popcorn and there was an open invitation to the neighborhood to join us.

Dad was not concerned in the least about keeping up with the Joneses. He marched to the beat of his own drum. I learned from Dad not to waste time comparing myself to other people because I’d miss out on my own life.

This lesson goes hand-in-hand with the previous lesson. That was an impressive list of creative entertainment he provided, right? Do you want to know what my sisters and I didn’t have growing up? We didn’t have any vacations to Walt Disney World or the beach.

Dad always told us that we weren’t going on vacation because we were saving money for my sisters and me to go to college. Was that too extreme? Perhaps. But I will tell you that when I got to college, I never forgot the sacrifices my parents made so that I could get a college degree.

I graduated from college debt free. And next year, my husband and I will be able to say that we put all three of our kids through college without any debt.

My values differ somewhat from my Dad here. I absolutely believe there are benefits to getting out of your normal routine and traveling away from home with your loved ones. However, I have undoubtedly been shaped by Dad’s philosophy of not sacrificing your future by overspending in the present.

When one of my clients asks me to stay within a particular budget, I try my hardest to do so. I try to balance the splurges with free or inexpensive activities. I want you to have an amazing and memorable vacation without sacrificing your kids’ future.

Most travel advisors/agents out there will not plan road trips for their clients. The reason I do is to enable families to have a memorable vacation at a reasonable cost.

5. Treasure the beauty of nature.

When it comes to creating amazing attractions, humans have a hard time competing with Mother Nature. Dad had a great appreciation for nature’s wonders. 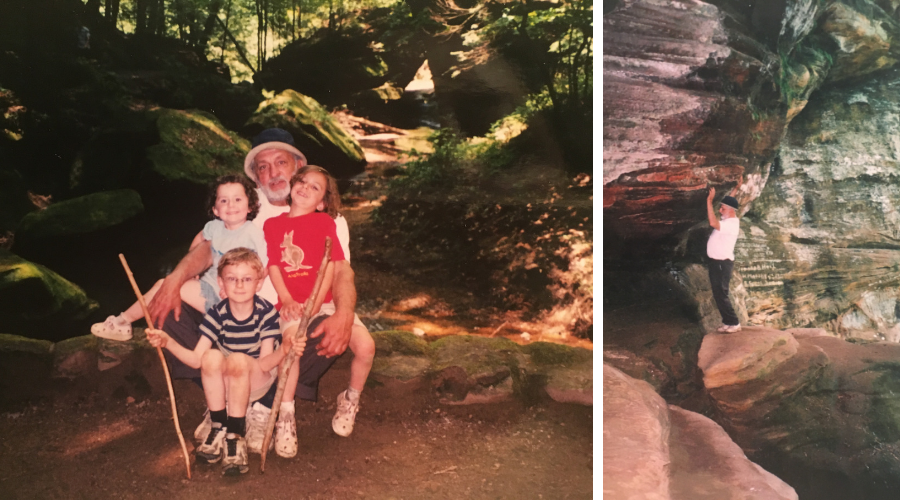 He also instilled in us that we should take care of the environment. If we visited a place where trash had been left behind, he encouraged us to leave it cleaner than we’d found it.

And, tying in with the previous lesson, I have to point out that some of the least expensive travel attractions are parks and natural wonders. Planning a trip around a natural attraction can be very affordable.

6. You’re never too old to try something new.

Two years ago, I experienced an icing-on-the-cake moment that I would never have dreamed would happen. We went on a family outing to a local amusement park and my 86-year-old father ACTUALLY RODE THE RIDES. And not just the carousel and Ferris wheel. We started with those, but then he kept going, including rides that I wouldn’t ride. He rode with his grandchildren on a ride that went upside down!!! 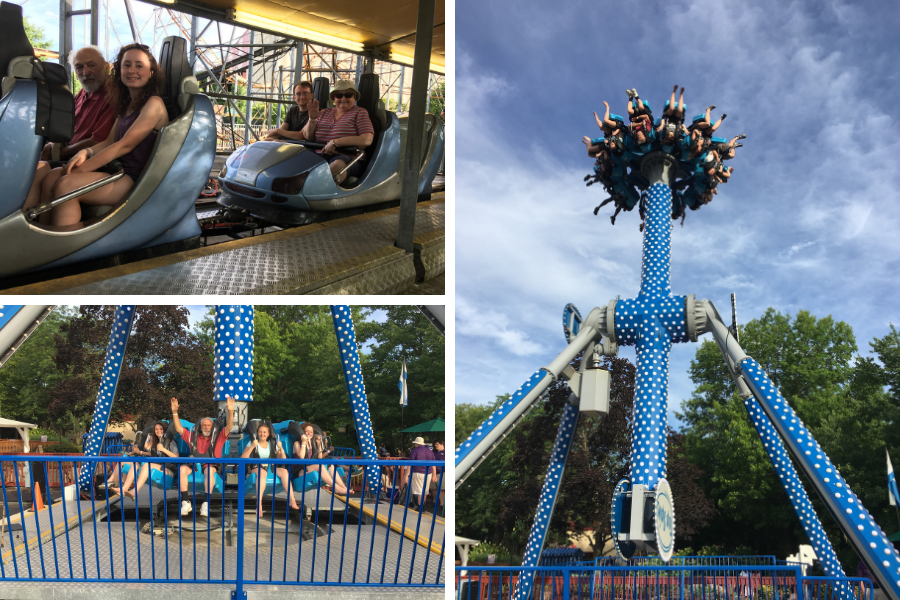 That day I learned from Dad not to let age be a barrier to trying something new.

7. Prioritize your family. At the end of your life, you won’t regret it.

Several years ago when my mother was hospitalized for an infection, my sisters and I came to visit her in the hospital. That was easy for me; I was just a 5-hour drive away, but my sisters flew in from California and Sweden. I remember Dad commenting that Mom must have done something right for all of us to drop everything when she became ill.

I think Dad knew last summer that his time on Earth was coming to an end. He told Mom that she could write in his obituary that he really loved his kids and grandkids. And she did. But we already knew that.

Last August, when Dad had a brain bleed that proved to be fatal, his family rushed to his side. He was surrounded by loved ones for his final week on Earth. I hope he realized that he too did something right and it didn’t go unnoticed.