The morning after visiting the land portion of Pictured Rocks National Lakeshore, we planned to get out on the water. We had a choice of either a 3-hour Pictured Rocks cruise or a 2-hour Glass Bottom Shipwreck Tour. As much as I would have loved to see more of Pictured Rocks, I thought that three hours might be too much for my kids. I was also fascinated by the idea of seeing shipwrecks without having to put scuba gear on and was told we’d get to see a little bit of the Pictured Rocks too, so we picked that one. Our visit was hosted by the Upper Peninsula Travel and Recreation Association and they arranged for complimentary tickets for me and my kids so that I could write about it. 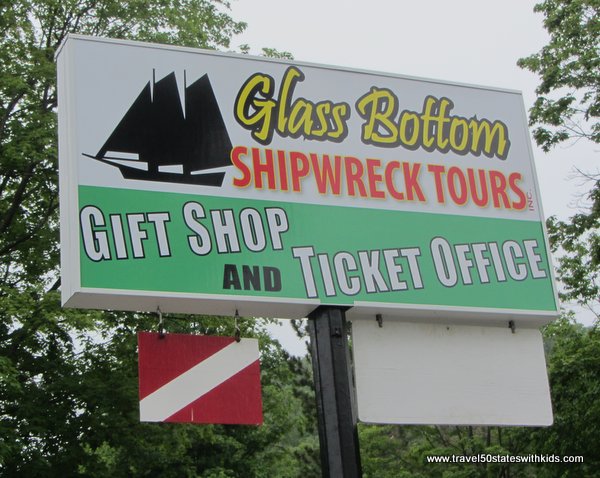 It turned out to be the right decision, because, once again, fog had settled in. Can you imagine trying to see the rocks in this? 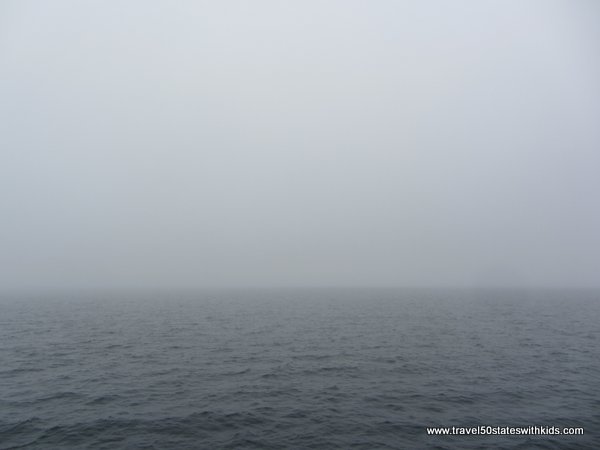 As we were preparing to board the boat, my son questioned the wisdom of going on a shipwreck tour on a boat named the “Fireball” in the fog, and wondered whether the experience included a real-life shipwreck experience. Thankfully, it didn’t! 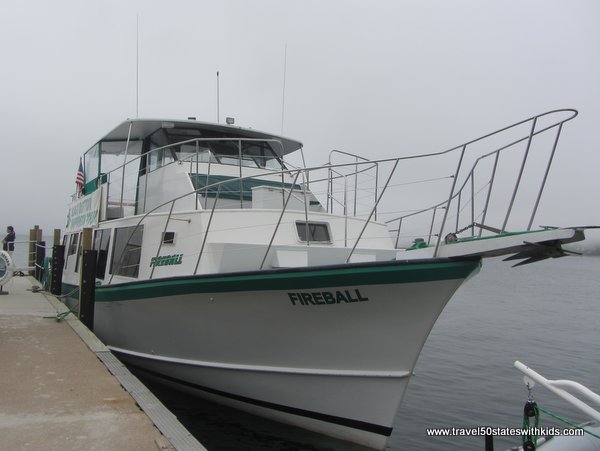 During the tour, we stopped in three different areas and saw about five shipwrecks. The boat was designed so that the viewing window area served as seating until we reached the wreck. Passengers have the option to sit on the benches or up on the upper deck of the boat. When we reached each wreck site, the crew lifted up the bench seats to reveal viewing windows on the bottom of the boat. 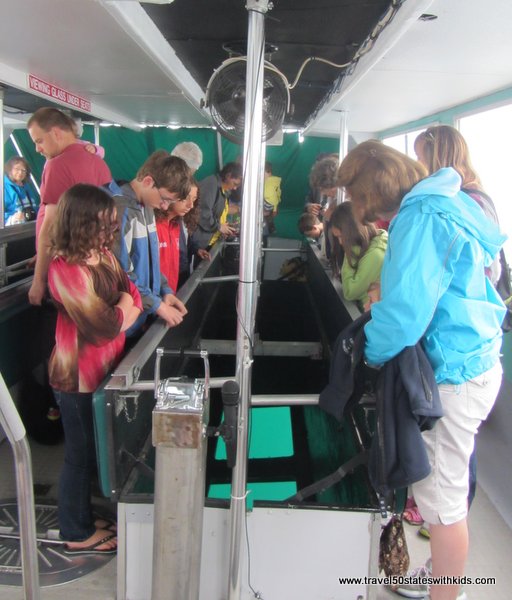 We all crowded in pretty tightly around the two viewing wells because we were told that if we couldn’t all fit, we’d have to split up into two shifts and take turns. Thankfully, we all fit. It would have been a very different experience if we’d had to take turns and I wouldn’t have liked it nearly as much.

I think our tour guide said that the shallowest wreck was 12 feet under the surface of the water. It appeared to be much less because the water was so clear. 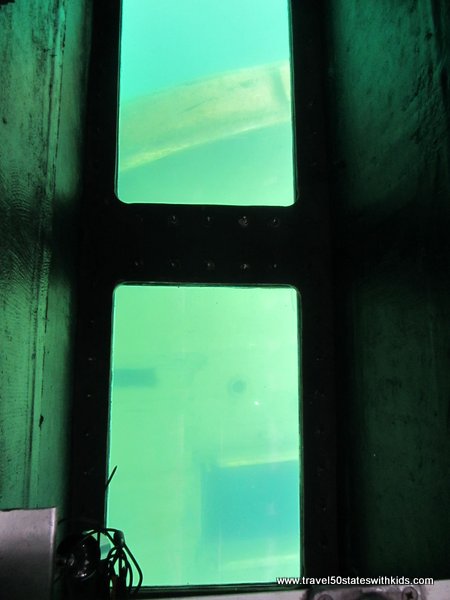 You couldn’t see the entire ship through the windows, so the captain skillfully maneuvered our boat from one side of the wreck to the other. 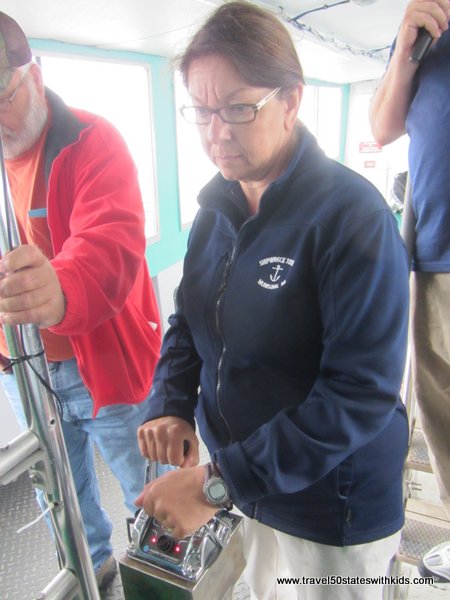 It felt like you could almost reach out and touch one of the ships. 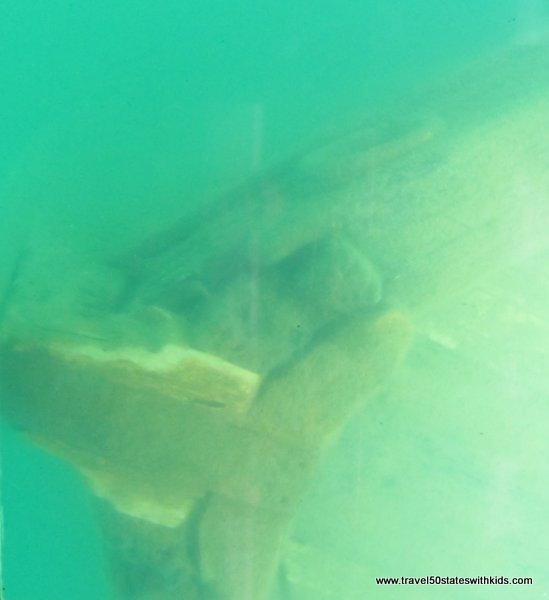 The narrator during the cruise was excellent. He was funny and engaging as he told us how the ships were constructed, what they were used for, and how they went down. 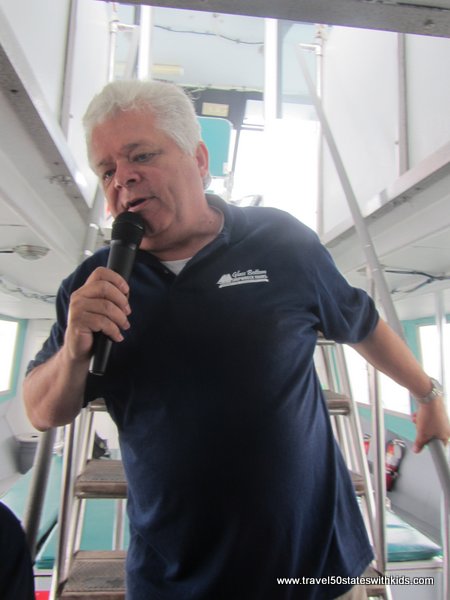 He and the captain worked well together to highlight specific points on each shipwreck. My 10-year-old daughter said she found the tour much more interesting than she had expected. 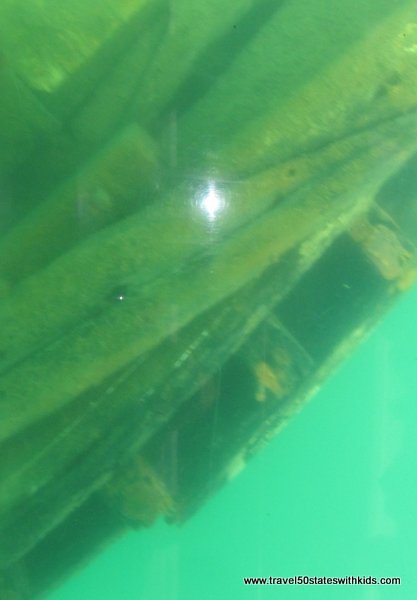 The wrecks we saw were off the coast of Grand Island. I’m sure the island itself would have been quite scenic had we actually been able to see it. 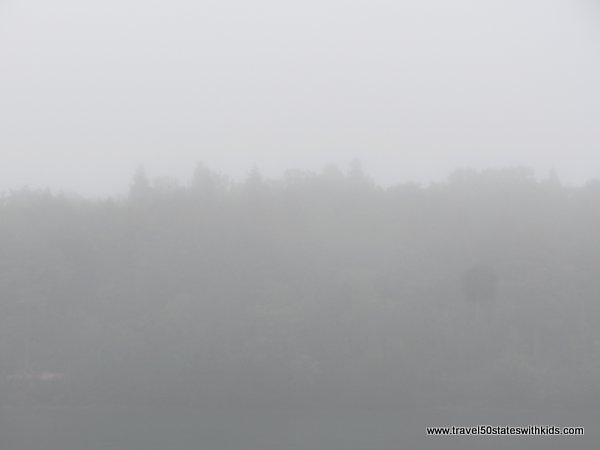 We were really glad we spent most of the time looking down through the water.  Actually, there were a few places where we could make out a few sights in the fog. 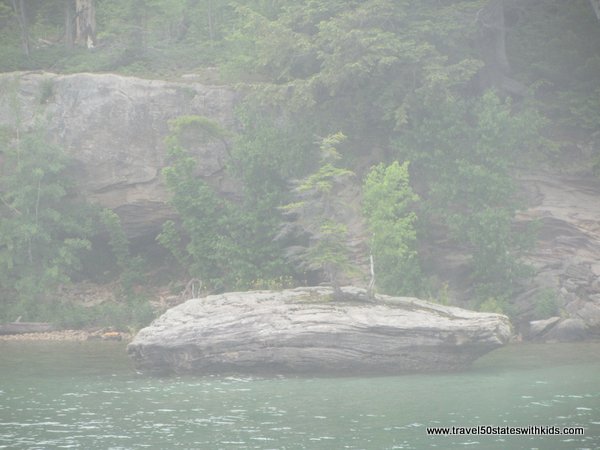 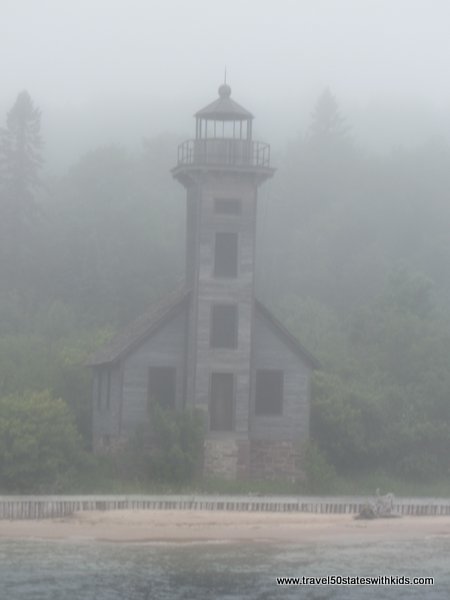 It is interesting to note that the visitor center from which the tours leave was designed to resemble the lighthouse. 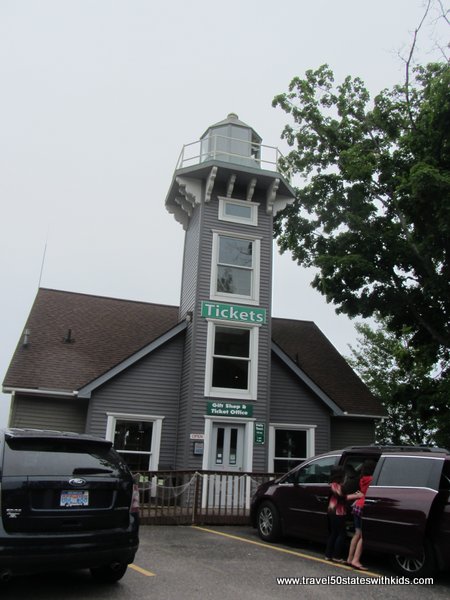 The fog was disappointing, but the view of the shipwrecks was very worthwhile. We would definitely recommend this tour.

Tours run from late May to mid-October, 7 days a weeks.  See website for schedule.