Situated at Whitefish Point, on the Shipwreck Coast of Lake Superior, is the Great Lakes Shipwreck Museum. More ships have been wrecked on this coast than anywhere else in the Great Lakes, so it is an appropriate place for the museum. 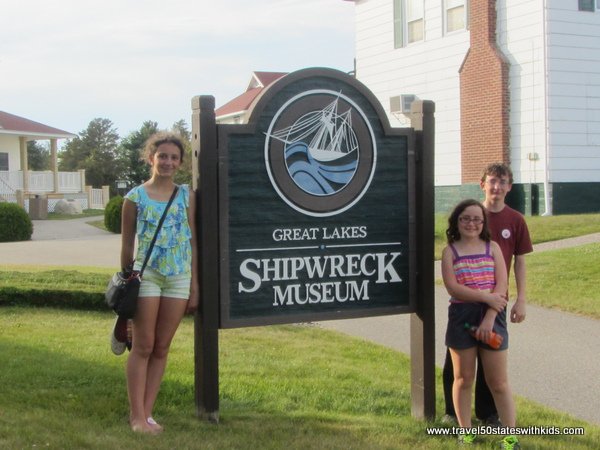 The museum is on the grounds of the Whitefish Point Light Station, the oldest active light on Lake Superior. 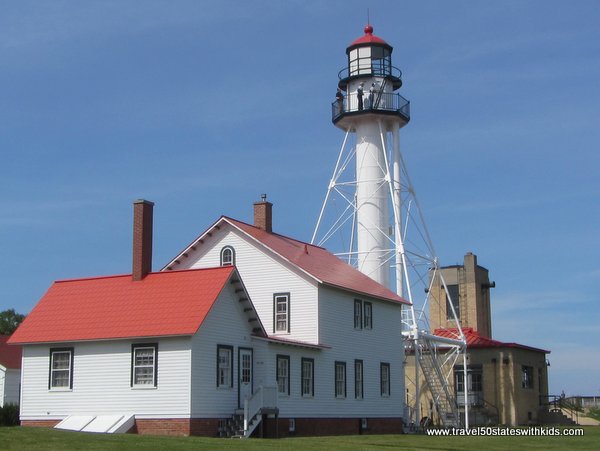 The museum is interesting, but the tone is somber because of the nature of the subject matter. A typical exhibit in the museum consists of the story of a shipwreck along with artifacts recovered from the wreck, and a small model of the ship. 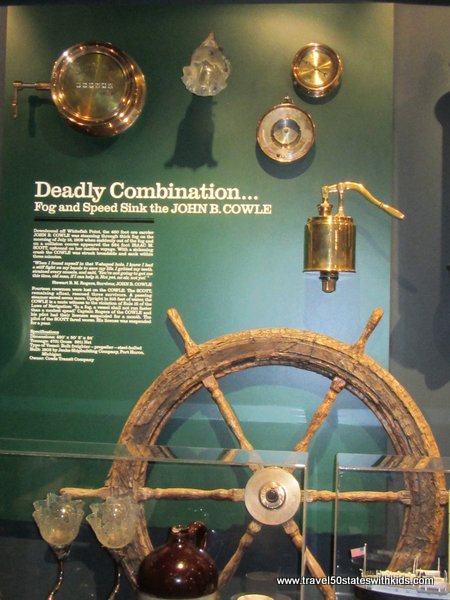 The most well-known shipwreck featured in the museum is the mysterious Edmund Fitzgerald, a freighter that sank in 1975, causing the entire crew of 29 to perish. Many people have heard of this ship because of the popular ballad written about it: The Wreck of the Edmund Fitzgerald by Canadian singer-songwriter Gordon Lightfoot. If the title isn’t immediately familiar, you might recognize the haunting melody when you hear it playing inside the museum. The wreckage of the Edmund Fitzgerald lies 17 miles from Whitefish Point in 535 feet of water. During our visit we had the opportunity to speak to a scuba diver who discovered several shipwrecks in the area. He told us that the cause of most shipwrecks can be determined by analyzing the wreckage. He said that the Edmund Fitzgerald is different than any other wreck he’s seen. There are many theories about the cause of the sinking, but no definitive answers. In 1995, bell of the Edmund Fitzgerald was raised from the wreckage to honor the men whose lives were lost. Be sure to watch the movie about this in the Shipwreck Theatre. The bell is on display at the museum. 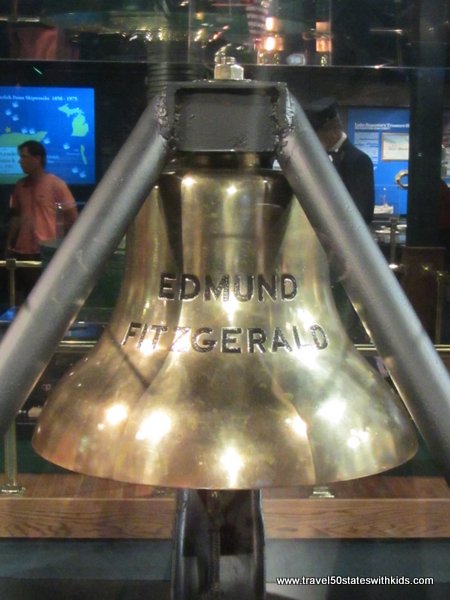 The museum displays other artifacts including the lighthouse lenses. 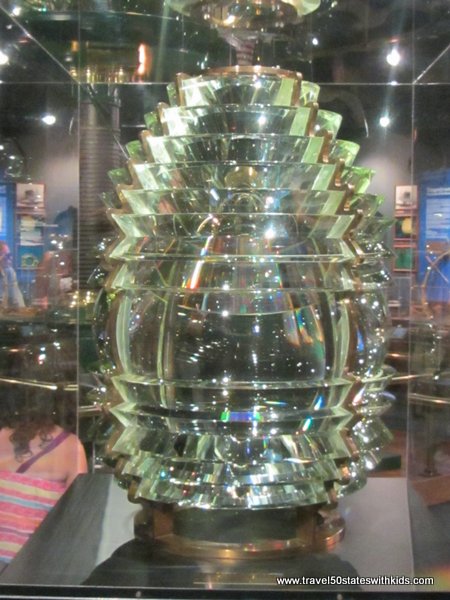 The museum recognizes that the sinking of a ship is only one part of the story; rescue and recovery are also covered in the exhibits.  Visitors see artifacts such as scuba diving equipment. 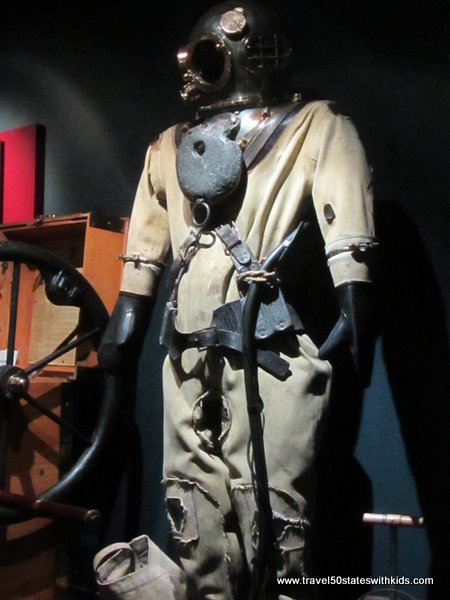 Another building on the museum campus is the Lighthouse Keeper’s Quarters.  It was constructed in 1861 and is fully restored circa 1900 with exhibits that reflect the life of the light keeper and his family. 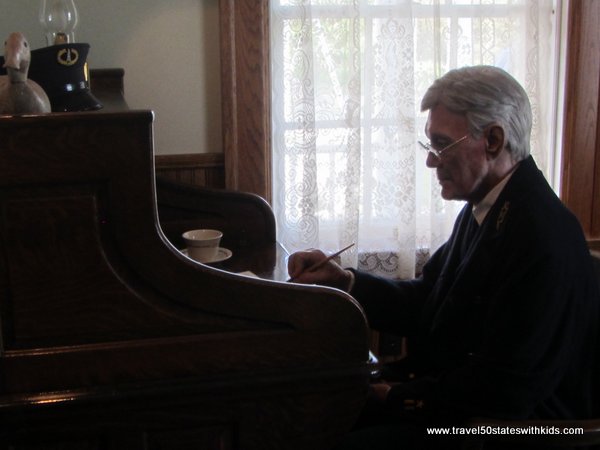 The tour takes you to the top of the lighthouse.  A spiral staircase leads to a hatch door.  Watch your head! 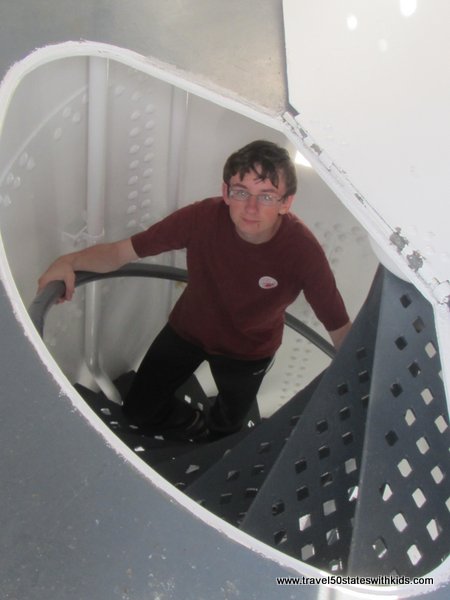 From the top you can see the buildings on the museum campus. 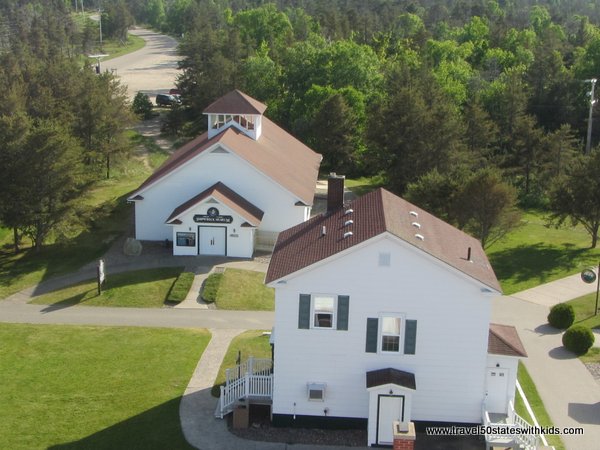 The view looking out at Lake Superior over Whitefish Point was amazing. Canada is about 10 miles away. 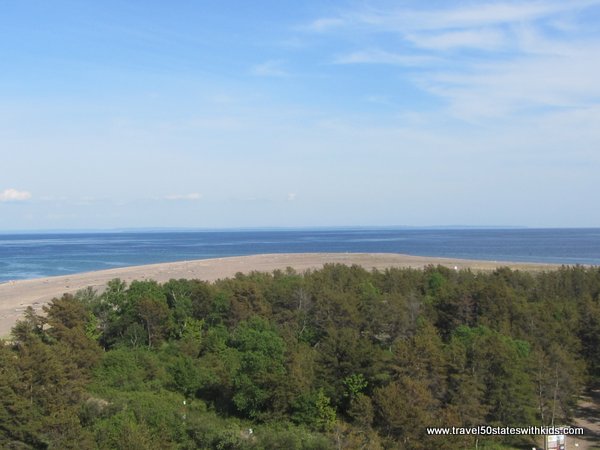 One building housed a temporary exhibit about the Edmund Fitzgerald. Our favorite part was the model made of LEGO bricks. 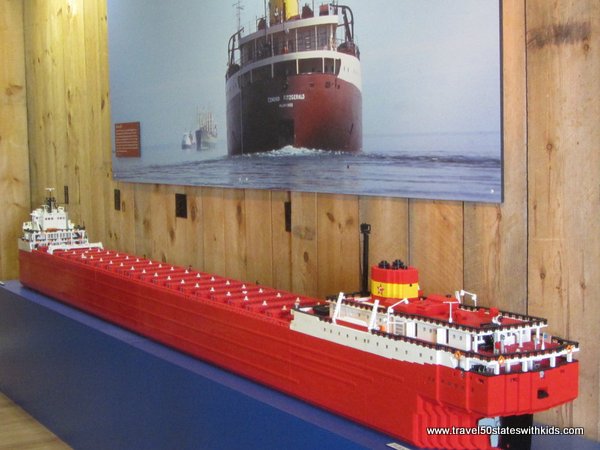 This part of the museum is being converted into an interactive children’s area over the winter months. Plans are still in the working stage, but they expect to have multi-media experiences as well as interactive displays with mechanical components. A steam engine will demonstrate how ships generate power. The exhibits will be targeted for kids in third grade and up. 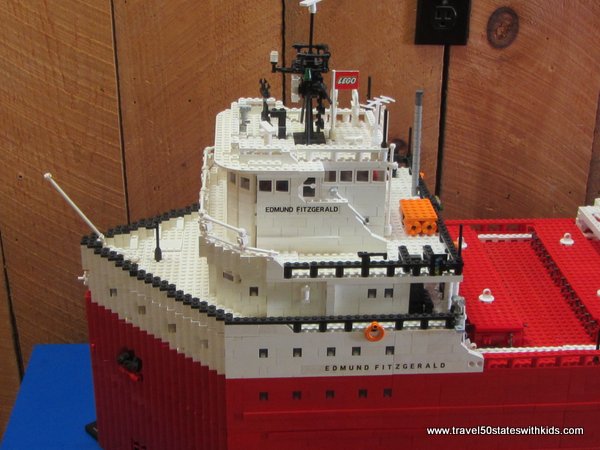 The museum grounds also provide access to the beach. 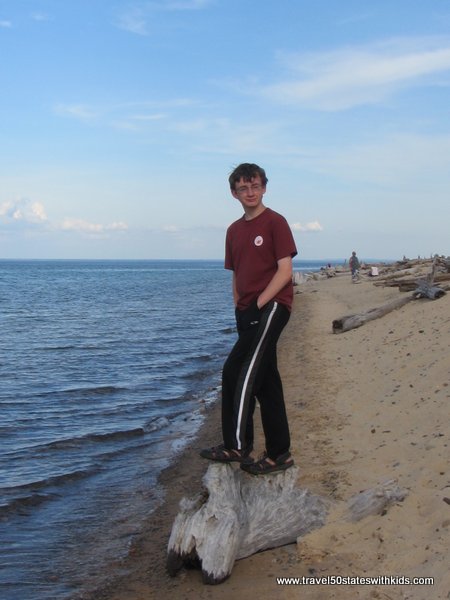 You can comb the beach for driftwood or rocks. 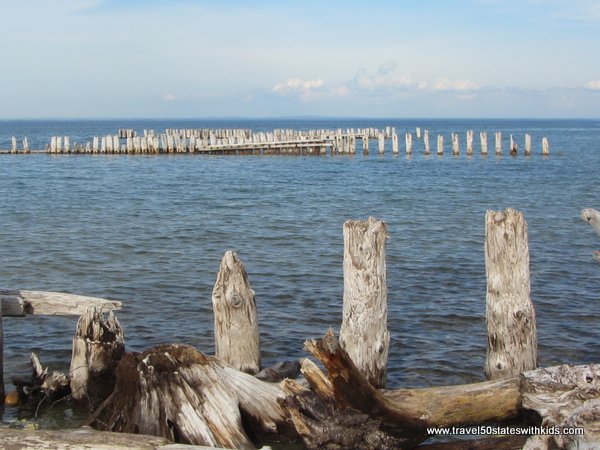