The Henry Ford Museum in Dearborn, Michigan, isn’t just a place to learn about history; it’s a place to be inspired by history. Kid friendly? Not only is it appropriate for kids, it was designed with kids in mind. When it first opened in 1929, only schoolchildren could visit. Four years later it opened to the general public. Henry Ford was passionate about teaching kids about the past and present so that they could take the present to the future. The museum holds a wide range of diverse historic artifacts, but all are tied together by an overall theme of innovation. My youngest daughter noted that the diversity of exhibits means there’s something for everyone. The museum is HUGE; a walk around the perimeter is half a mile long. Artifacts are organized into about a dozen different sections. The first one that we encountered was about agriculture. The signature exhibit there is certain to appeal to kids: the Wienermobile. 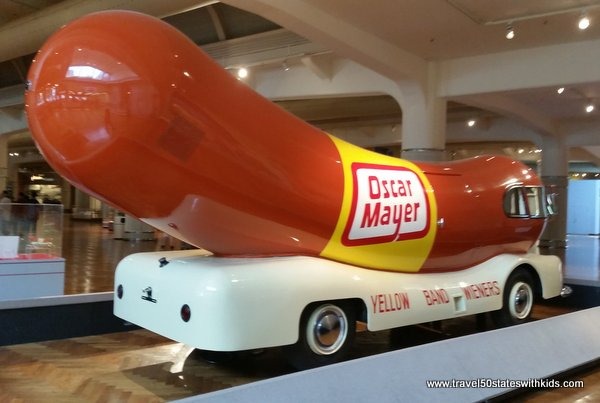 Next to the Wienermobile is a fun photo-op where you can sandwich yourself inside a hot dog. How’s that for an introduction to American culture for our foreign exchange student? 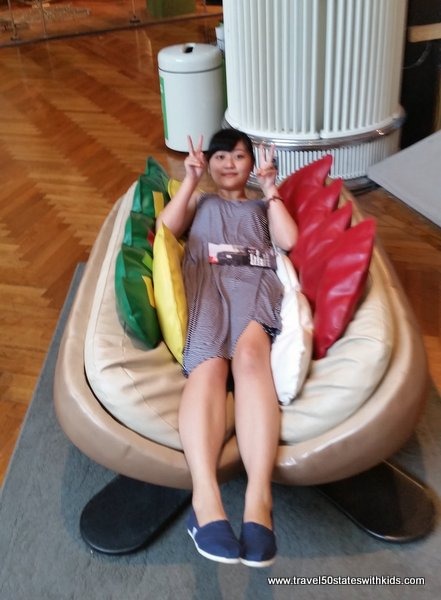 You can explore exhibits of antique tractors and other agricultural equipment and even climb aboard a combine. 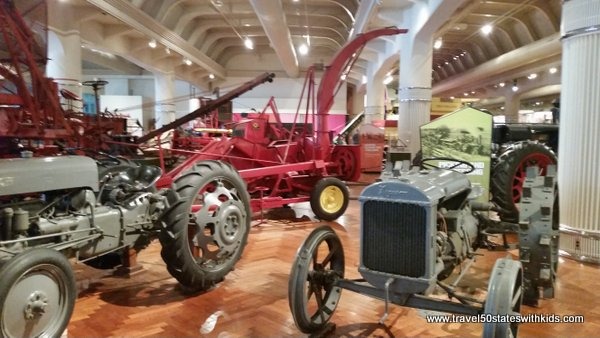 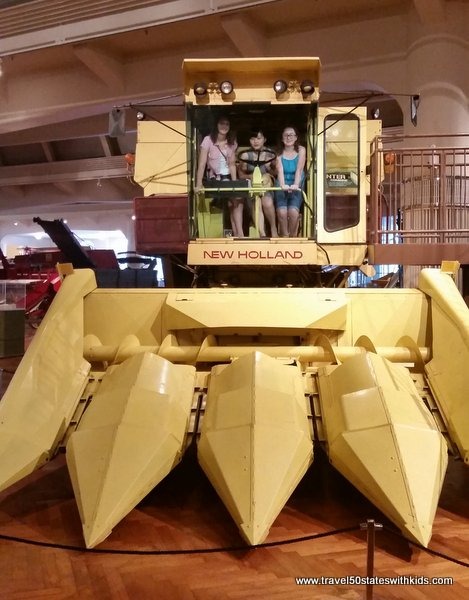 One of the kid-friendly features of the museum are Rubbing Stations scattered throughout. Kids can place a piece of paper over a metal picture and rub a crayon over it to make an impression. 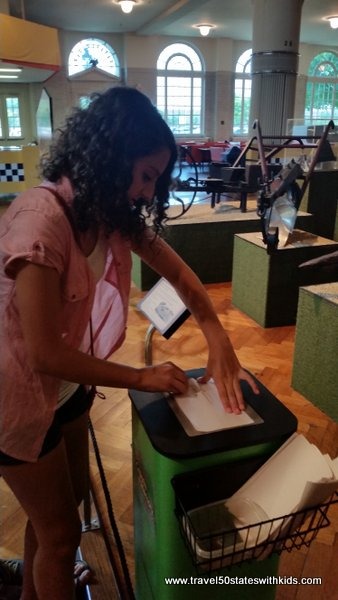 The Fully Furnished section of the museum has everything from doll houses to traditional furniture owned by famous people to funky modern furniture. 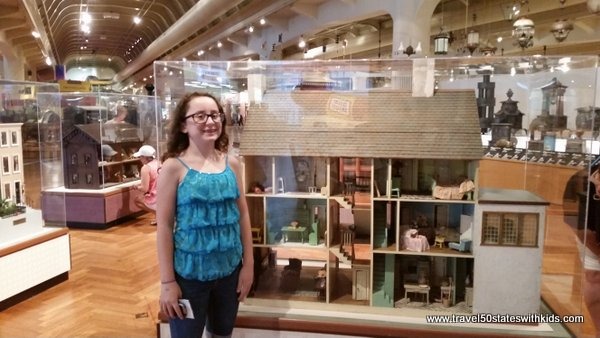 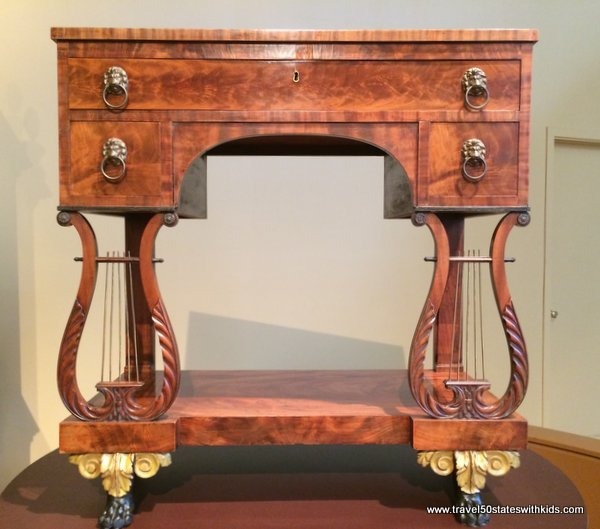 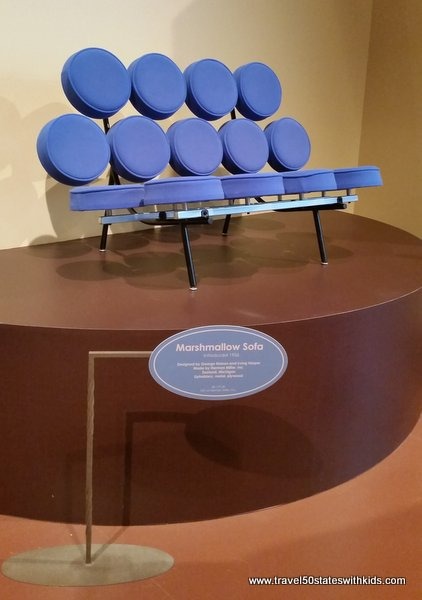 And if you like the modern furniture, make sure you head back to the futuristic Dymaxion House. In the 1920’s it was designed as the house of the future. 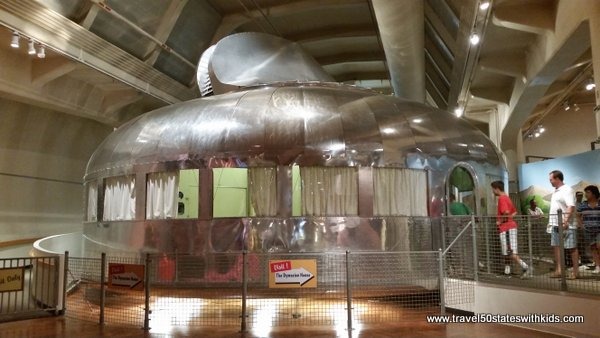 Your Place in Time explores generational differences in 20th century America, including technology. This would be a fun exhibit to visit with multiple generations of family members. 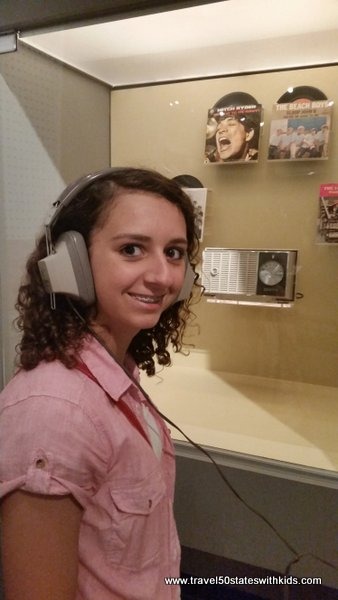 Made in America showcases innovations in power and manufacturing. 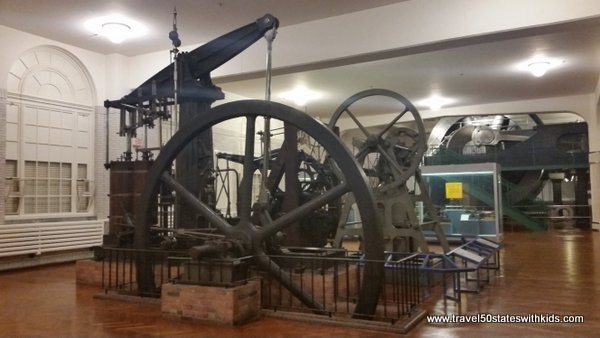 One of our favorite sections was With Liberty and Justice for All. It amazes me that you can actually go sit on the bus that Rosa Parks rode in 1955. It’s an amazing place to talk to kids about the extraordinary things that people with firm convictions can accomplish. 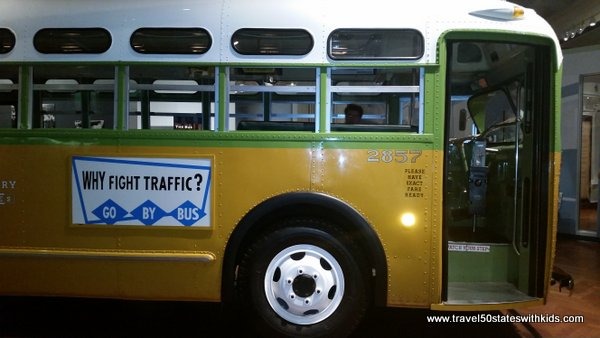 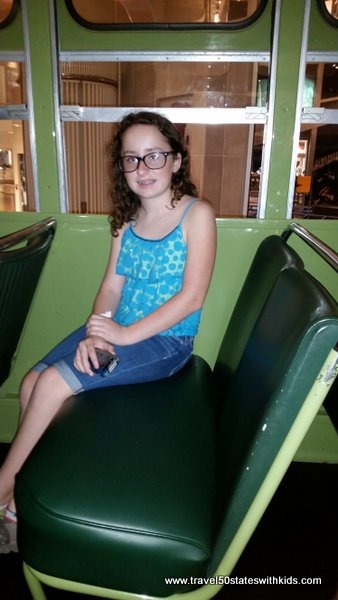 Don’t miss the chair in which President Lincoln was sitting when he was assassinated in 1865 at Ford’s Theatre in Washington, D.C. 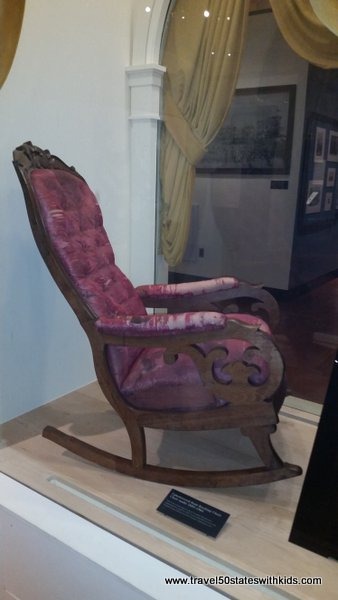 Heroes of the Sky had several interesting exhibits from the Wright Flyer to Henry Ford’s airplane (yes, airplane!). You’ll see several different flying machines and have the opportunity to make and fly your own paper airplane.

Of course you would expect a museum named after Henry Ford to have plenty of automobiles on exhibit and you won’t be disappointed. See Ford’s most famous invention, the Model T, along with his earlier Quadricycle. Build a Model T, work on an assembly line, and design and test a K’Nex car. Don’t miss the movie in the theatre that will get you thinking about just how much society changed as a result of the mass production of cars. 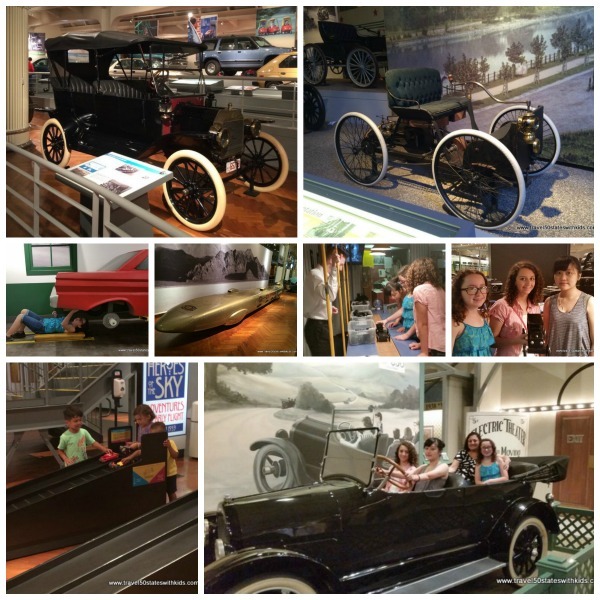 In the Railroads section, you’ll see one of the largest steam locomotives every built along with several other railroad cars. 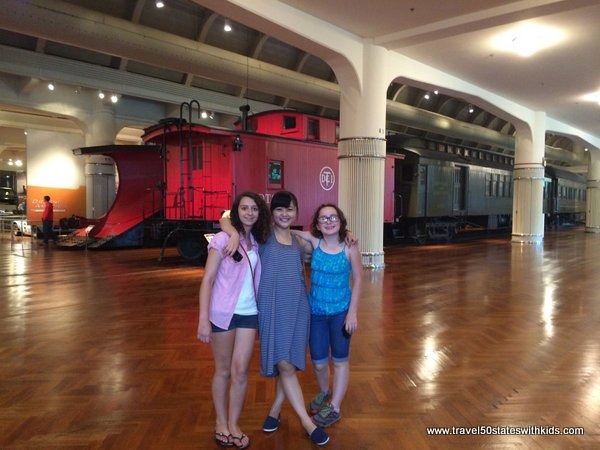 I love that there isn’t just a single kids’ area. They are spread out among the exhibits all over the museum. 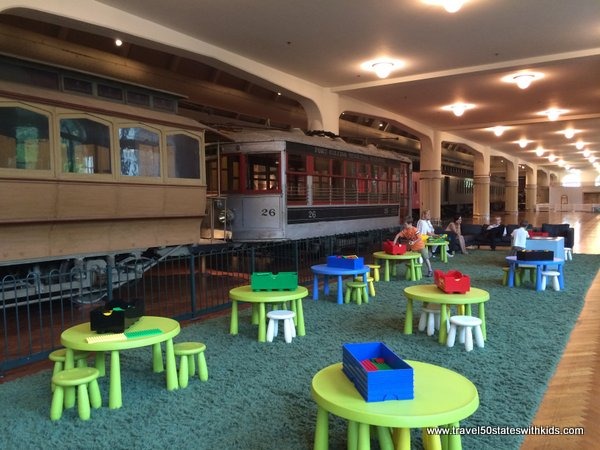 Another thing you’ll find all over are the Mold-A-Rama Souvenir machines. Insert $2 and make your own souvenir using plastic injection molding. 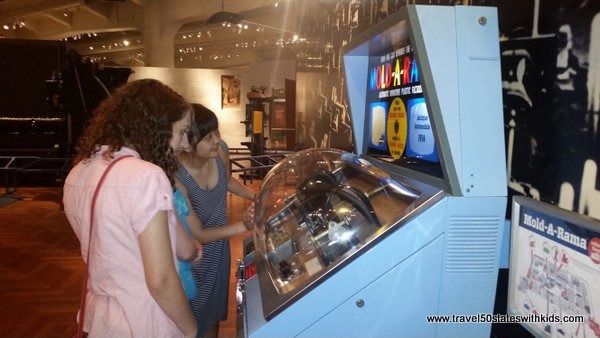 If that isn’t enough, there are exhibits about Jewelry and Clocks. We learned that in the 1700’s very few people had clocks in their houses. It wasn’t until they were mass produced that clock ownership became widespread. It makes sense, but I’d never really thought about it before. That’s an example of just one of the ways that the Henry Ford Museum inspires kids (and adults) to think about future innovations.

There are a few other attractions to see in addition to the Henry Ford Museum: Greenfield Village, the Ford Rouge Factory Tour, and an IMAX Theatre. It took us all day just to explore the Henry Ford Museum, so if you want to see more than one exhibit, I’d recommend allotting two or more days for your trip. I look forward to going back another time in order to visit Greenfield Village. The museum offered two cafes and a diner as well as a nice gift shop.
Ready to visit?

Disclosure: We received complimentary admission to this museum so that I could research and write this article. Many thanks to the Detroit Metro Convention & Visitors Bureau and The Henry Ford for arranging our visit.