I’ll admit it. I didn’t know much about the War of 1812. I’m not sure if my teachers didn’t cover it, or if I wasn’t paying attention, or if I knew it back then and have since forgotten it. So when we had the opportunity to visit River Raisin, the only National Battlefield Park from the War of 1812, I knew that it would be as educational for me as it was for my kids. 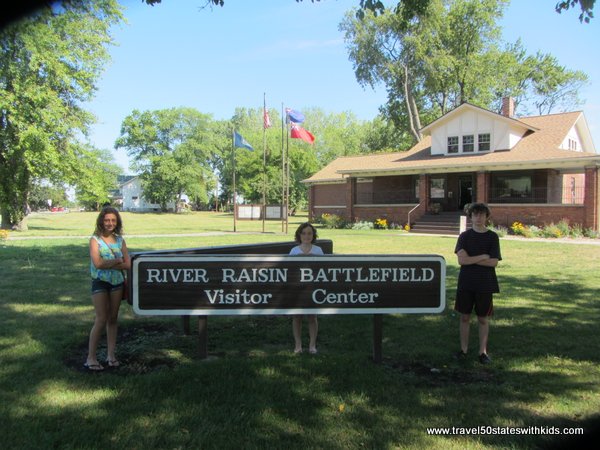 As you can see from the picture, the Visitor Center is not very large and looks more like a house. They do make good use of space and our education started before we even entered the building with these maps of the two battles at River Raisin. 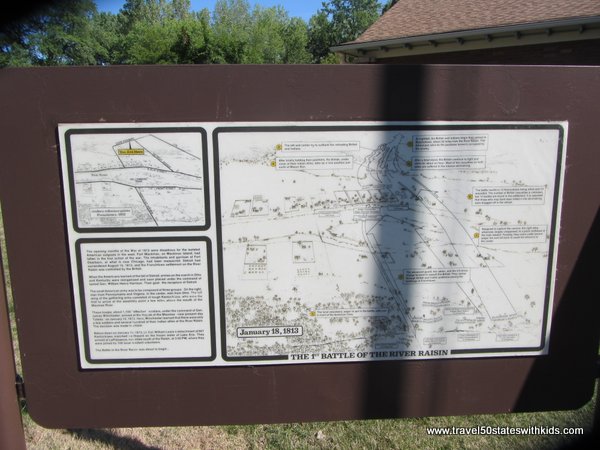 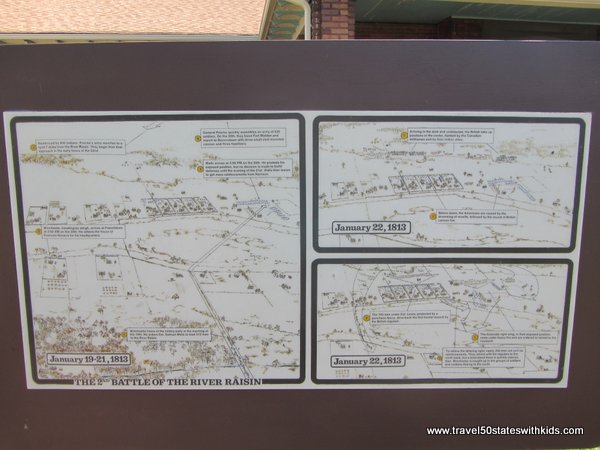 Most National Park Visitor Centers offer an introductory film, which is where we usually like to start our visit. River Raisin offered something different. Inside their theater, instead of a film, there was a fiber optic map presentation. It was a very effective way to show the movement of troops. Parents with sensitive children will also appreciate that, although the battle and aftermath comprised a violent massacre, there is no depiction of violence. Just colorful little dots that light up. And at 14 minutes long, it fits within the attention span of most kids. 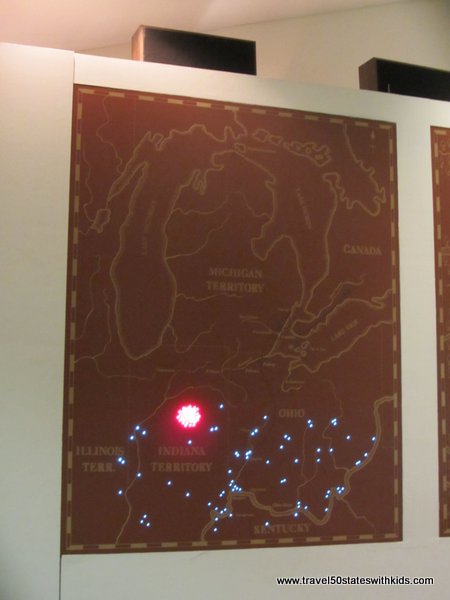 The museum displays include several life-size models depicting soldiers and volunteers on both sides of the war. 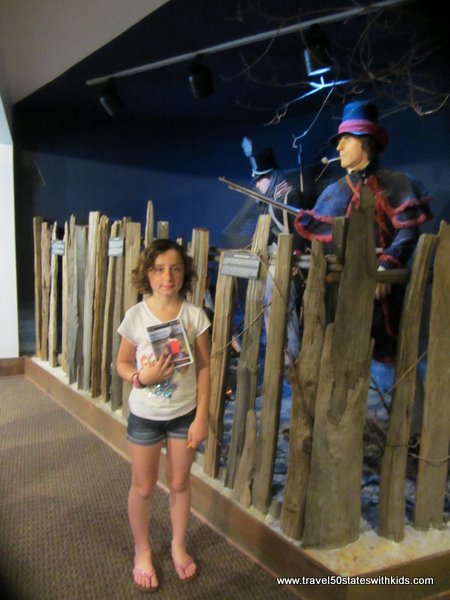 While these were interesting, I think my kids enjoyed the miniature dioramas even more.  There’s something about miniatures that kids find fascinating. 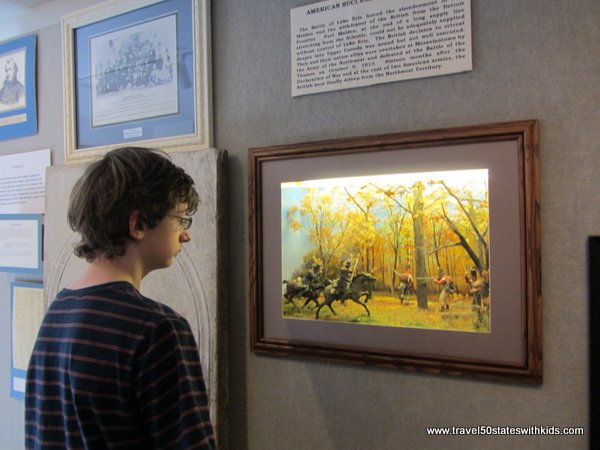 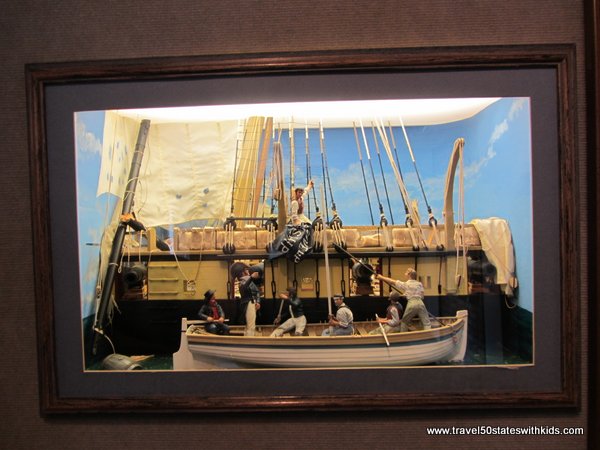 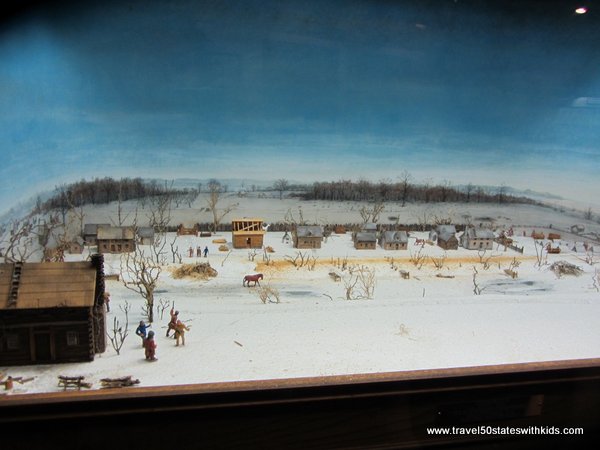 Another exhibit compared weapons used by the British with those used by Americans. 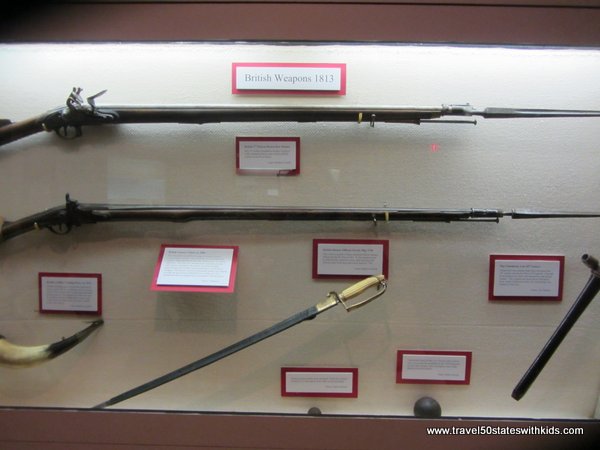 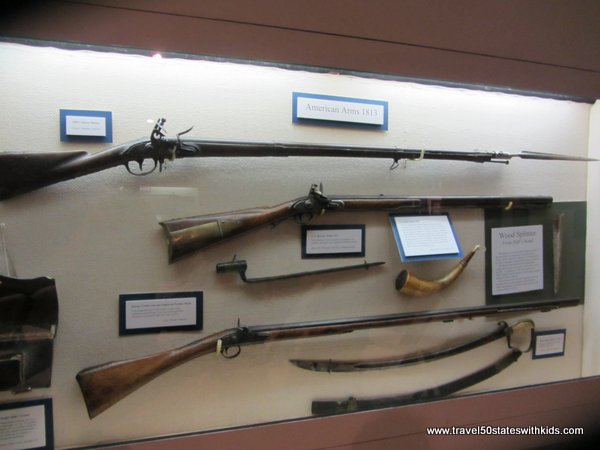 I was pleasantly surprised at the relatively large number of programs for kids at this small national park. 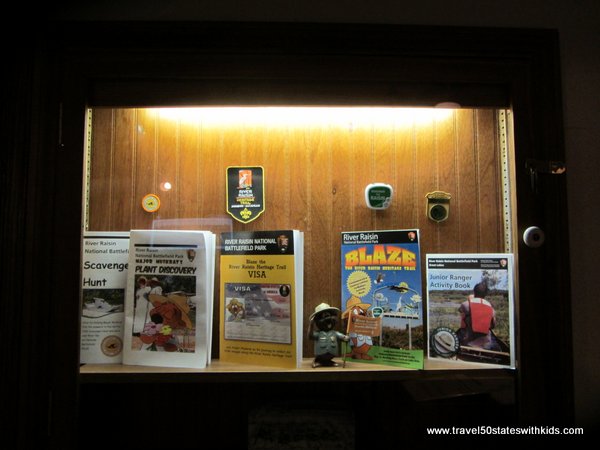 River Raisin NBP has an adorable mascot, Major Muskrat, who appears in the activity books and at events. In addition to the typical Junior Ranger Program, River Raisin offers a Scavenger Hunt, and a Plant Discovery program that gets kids outside to identify plants outside the visitor center and in the gardens.

If you’d like to visit River Raisin, there’s an upcoming Open House that would be a great opportunity.  Planned activities include games, musket drills for mini militia, storytelling, and more. The Open House is scheduled for Saturday, May 18, 2013, from 10 a.m. – 4 p.m.