Back in the fall of 2019, before the pandemic broke out, I attended a conference in the Black Hills of South Dakota. (Poor me, I know. 😉 ) When I told family and friends that I was going to drive there (an 18-hour drive), they asked me WHY. I had an excellent reason: I wanted to stop in Sioux Falls on the way home. And I am so glad I did. The falls were every bit as gorgeous as I had hoped. And while I was there, I learned that there is more to see and do than just the waterfalls. Many thanks to Experience Sioux Falls for hosting my visit. 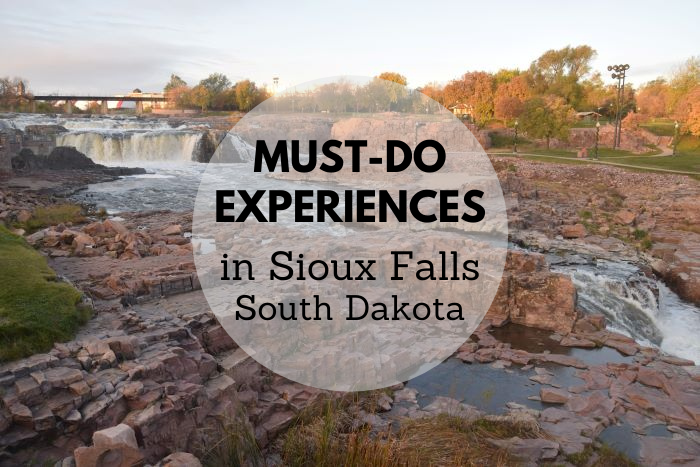 The obvious, can’t-miss attraction is the waterfall that is the city’s namesake. The Big Sioux River winds through the city. Don’t expect to see a tall waterfall. Instead of singular fall, the water of Sioux Falls tumbles over rocks over the length of a couple of city blocks. And these aren’t just any rocks; they are pink Sioux quartzite, and they are gorgeous. 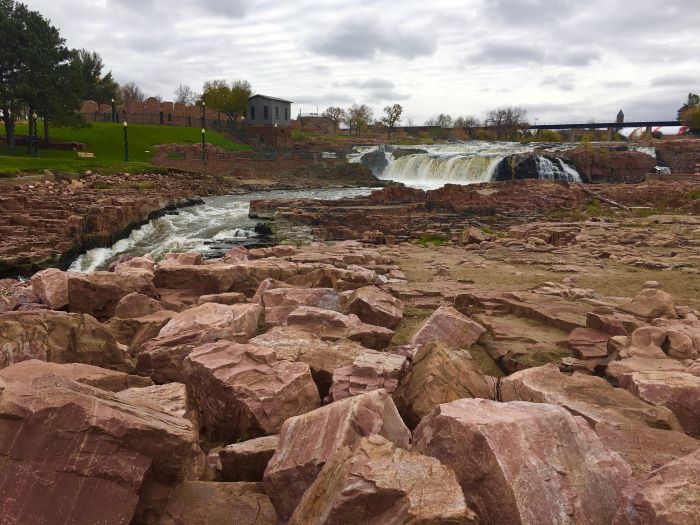 Falls Parks encompasses 123 acres, where you can walk on those beautiful pink rocks and enjoy different views of the falls. 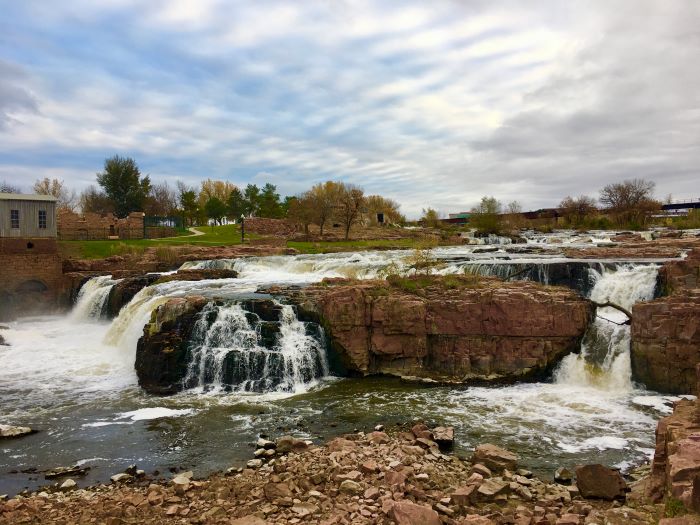 I first visited the falls in late afternoon. Then I went back again after dark to see them lit up with colored lights. 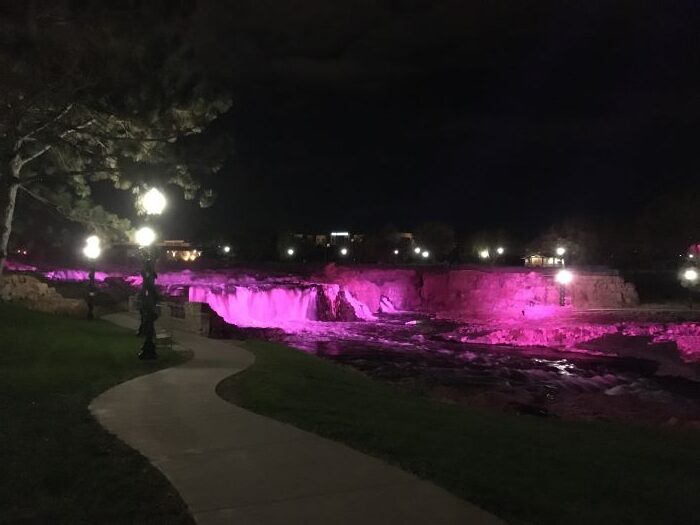 Then I went back yet again at sunrise to see them in the early morning light. 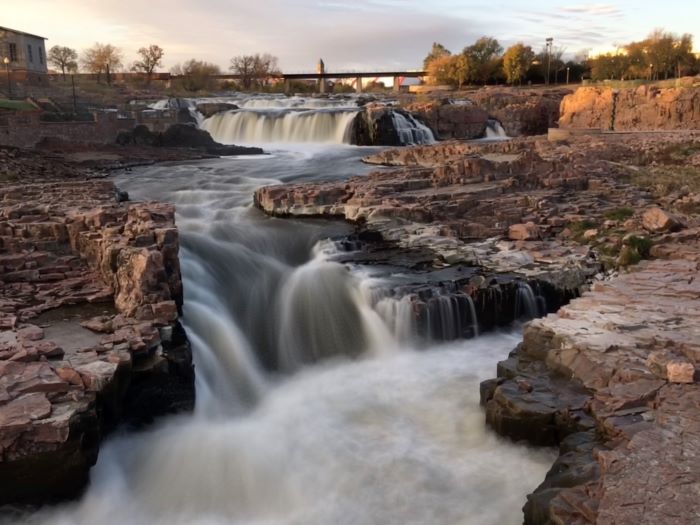 Maybe I’m partial to waterfalls, or to pink rock, but whatever the reason, I couldn’t get enough of these beautiful falls. 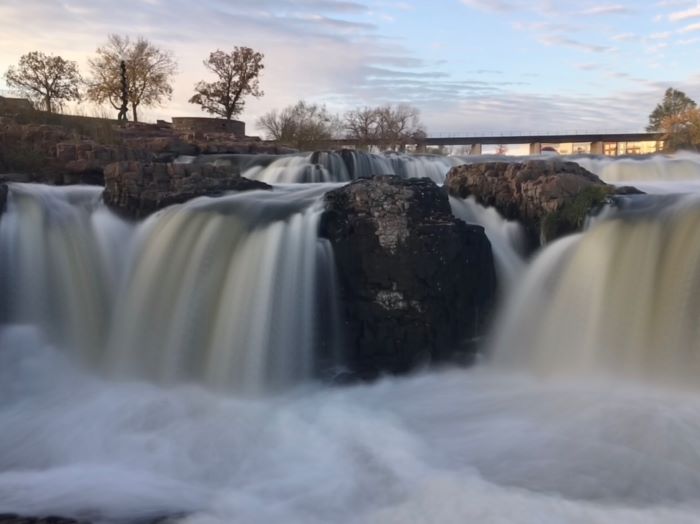 The park also offers a Fall Overlook Cafe, an observation tower, the remains of a mill, the Stockyards Ag Experience, a Saturday farmer’s market, and an outdoor amphitheater that offers 50 free concerts each summer.

Another very cool attraction in Sioux Falls is the SculptureWalk. This is perfect for art lovers who also want to get some activity in. It takes about 90 minutes to walk the complete route if you take some time to appreciate the sculptures. A highlight is the Arc of Dreams, a stainless steel sculpture over the Big Sioux River. 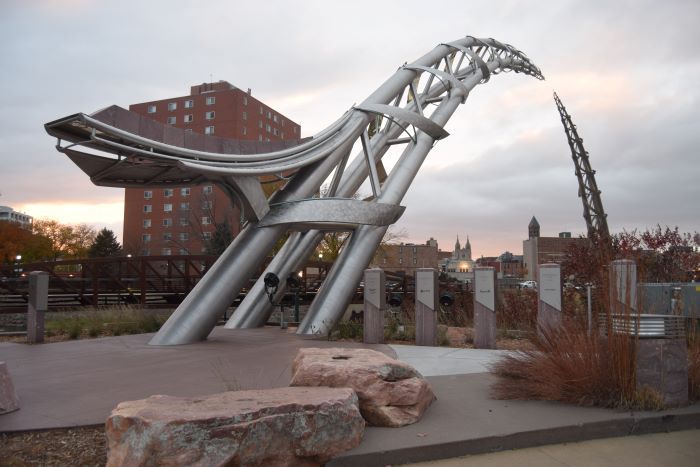 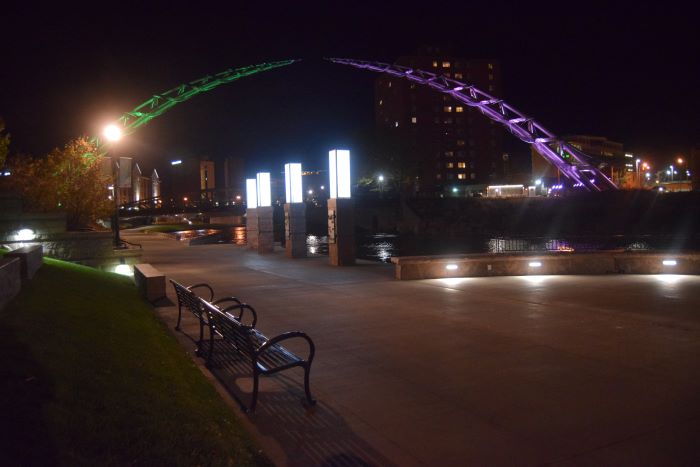 While the Arc of Dreams is permanent, most of the sculptures on the SculptureWalk are new every year. From May through September, the public votes for its favorite sculpture. The winner receives the “People’s Choice Award” and is purchased at the end of the exhibit year for the city’s permanent collection. The remaining sculptures are offered for sale to the public. 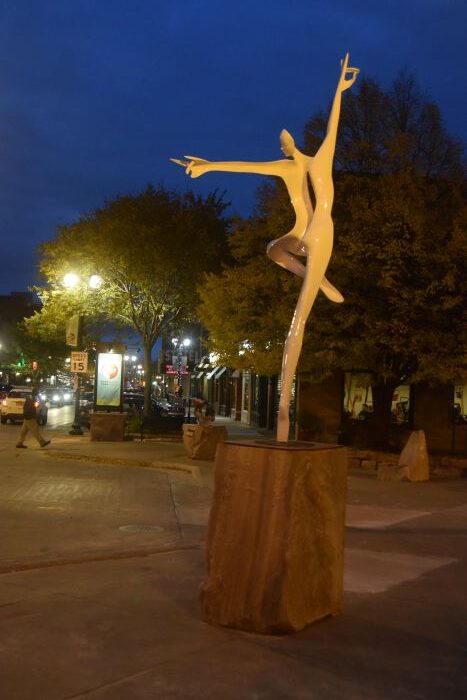 Remember that pretty pink rocks I talked about above? In the late 19th century, it was a popular building material, so many of the buildings in Sioux Falls were constructed with it. One of them is the Old Courthouse Museum, a regional history museum located in the former courthouse, with free admission. Others house shops and restaurants. 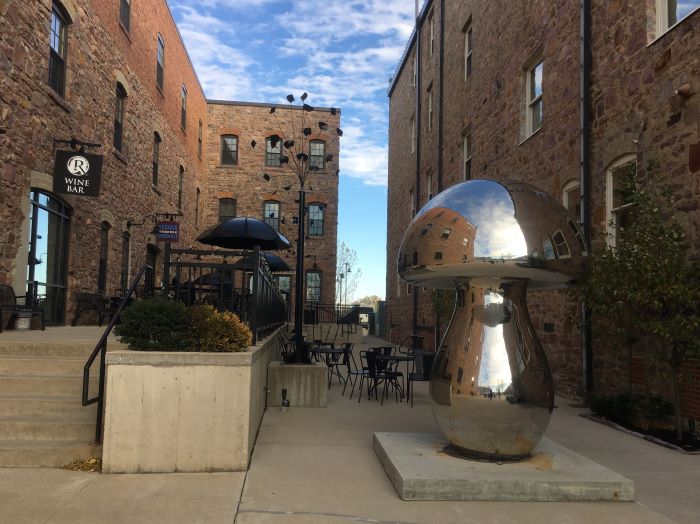 Downtown Sioux Falls is filled with an abundance of independent restaurants, breweries, and shops. 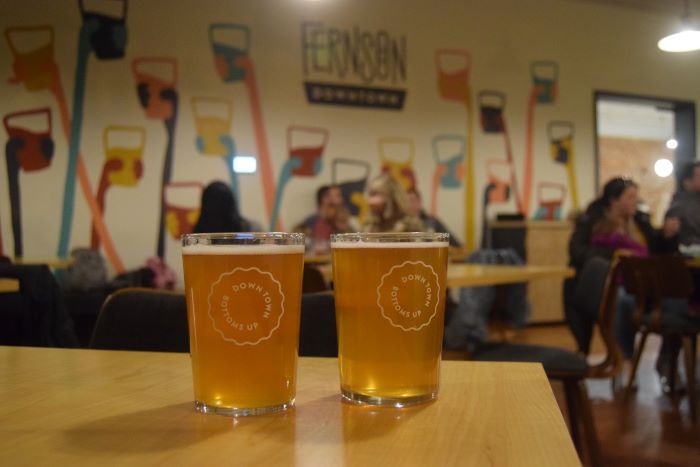 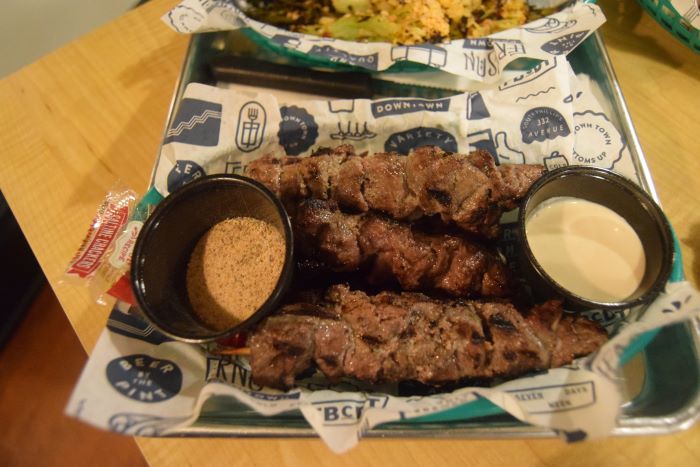 A hotel housed in an old bank building has turned the area behind bank vault into a bar which is appropriately named The Treasury. 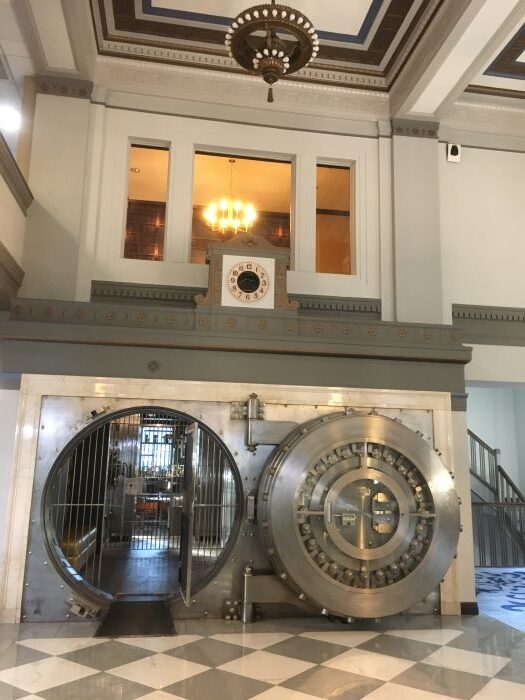 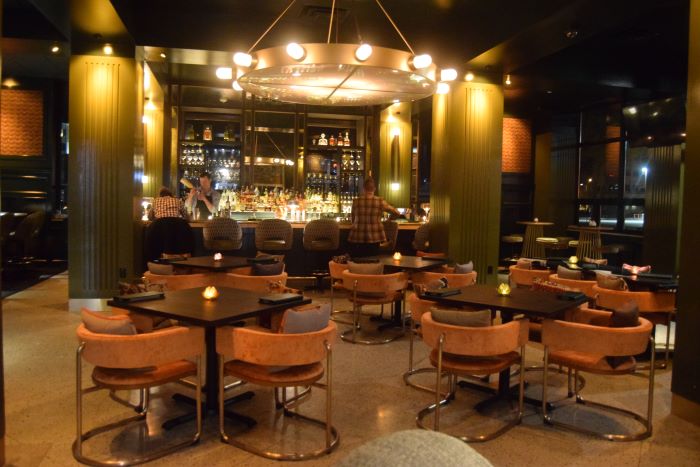 An inexpensive hop-on-hop-off trolley makes it easy to experience the downtown area. It operates from Memorial Day through Labor Day and from Thanksgiving to Christmas.

I was in Sioux Falls only one night, but I wish I’d been able to stay longer. I’d love to go back again with my husband for a couple’s getaway. There are more attractions that I would have liked to visit: Japanese Gardens, the Butterfly House and Aquarium, the Earth Resources Observation and Science Center, a zoo, museums, more parks, and I know my husband would love to check out the live music.

Who should visit Sioux Falls?

Sioux Falls is an ideal place to stop overnight on a road trip to the Black Hills of South Dakota. However, there’s enough to do that it would make an excellent destination for a long weekend or longer. It is ideal for families, couples, and groups of friends.

Would you like to visit Sioux Falls? I would love to help plan a trip. Please read about how my planning services work here.