We had the opportunity to visit Jenkinson’s Aquarium on our visit to Point Pleasant Beach, New Jersey, last summer. Despite having been told it was a must-see, I had rather low expectations. After all, we had just visited the National Aquarium in Baltimore a few days earlier, so the bar was set high. How could Jenkinson’s live up to that? I’m happy to say we were very pleasantly surprised and would easily recommend a visit to Jenkinson’s.

My son said he thought Jenkinson’s Aquarium was like the major aquariums he’d been to, except shrunk down. There were many different kinds of fish and animals, just not many of each species. Some of the displays were in aquarium tanks about the same size as you’d find in someone’s house or dentist’s office. 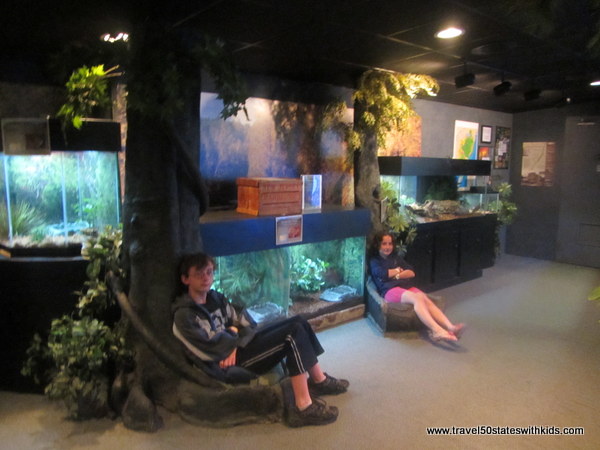 But although the exhibits were small, they were numerous. Of course, we expected to see colorful fish and we weren’t disappointed. 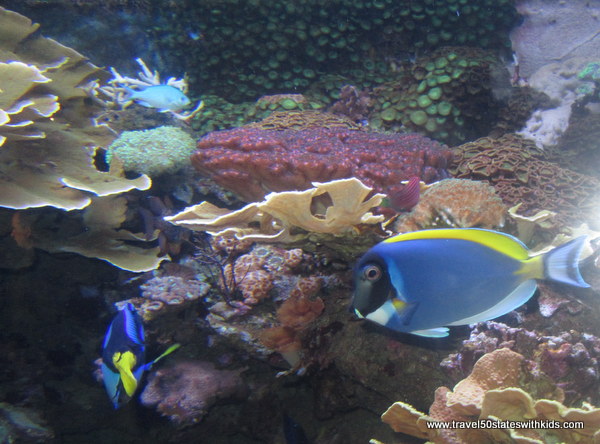 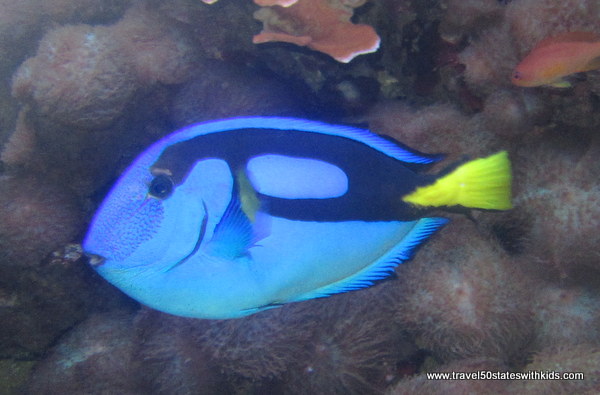 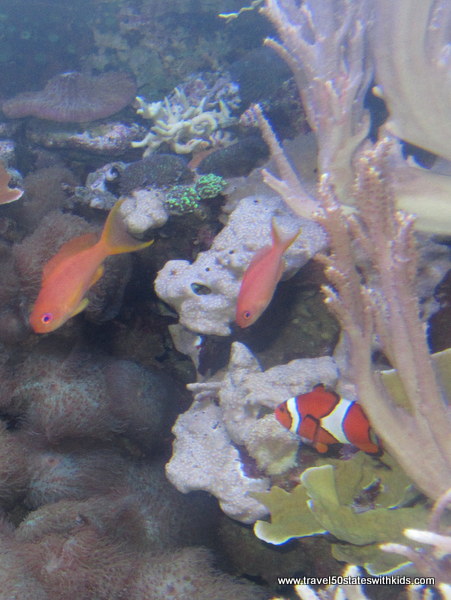 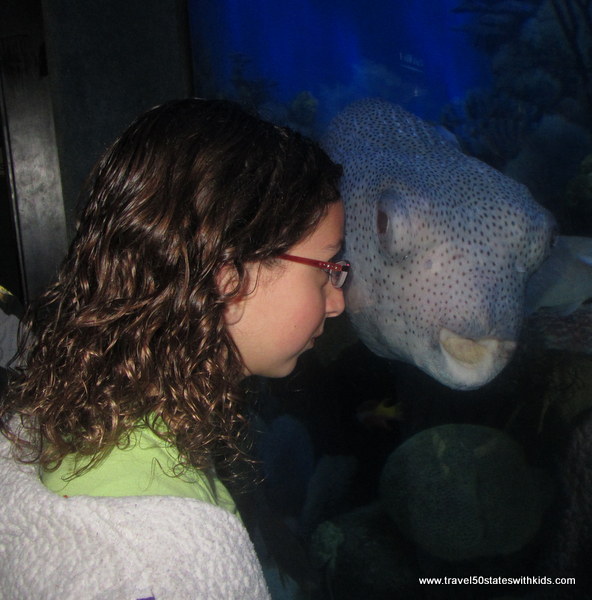 I really did not expect to see sharks, but they had a few. 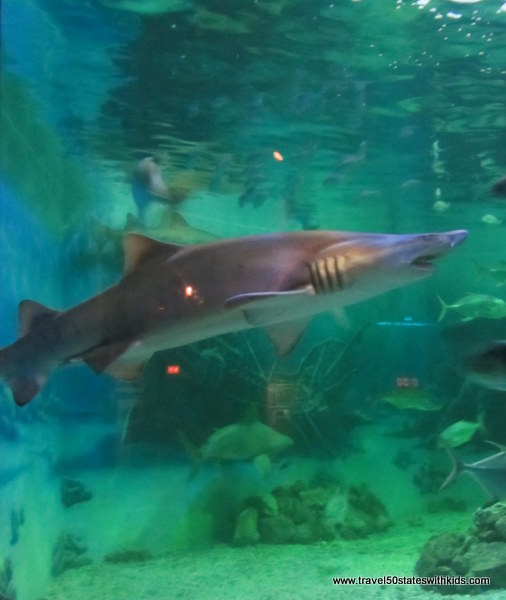 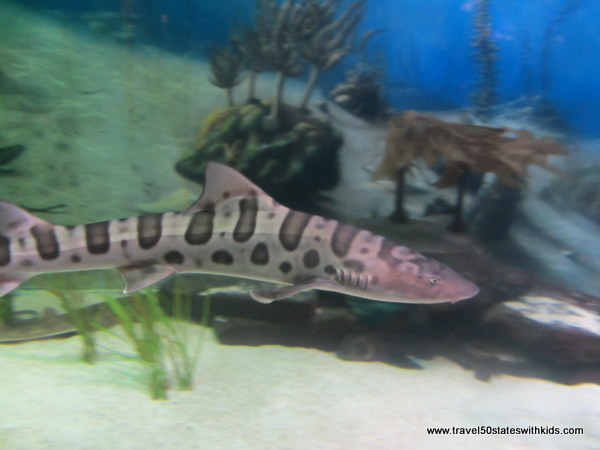 And we spotted some stingrays. 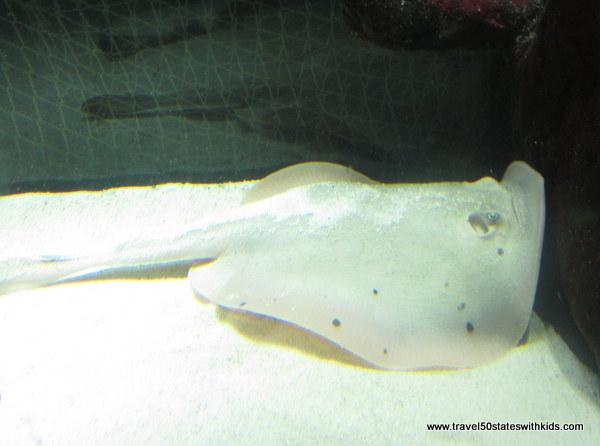 Jenkinson’s Aquarium also had jellyfish–not a whole roomful of jellyfish, but a few tanks of them. 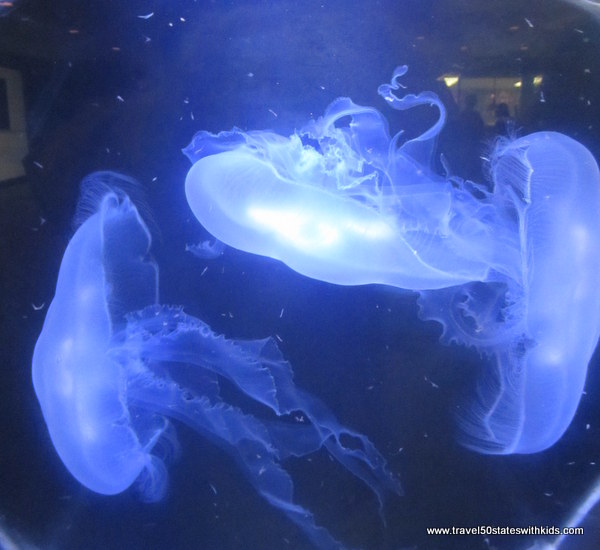 My kids loved posing for a picture with the antique deep sea diving suit. 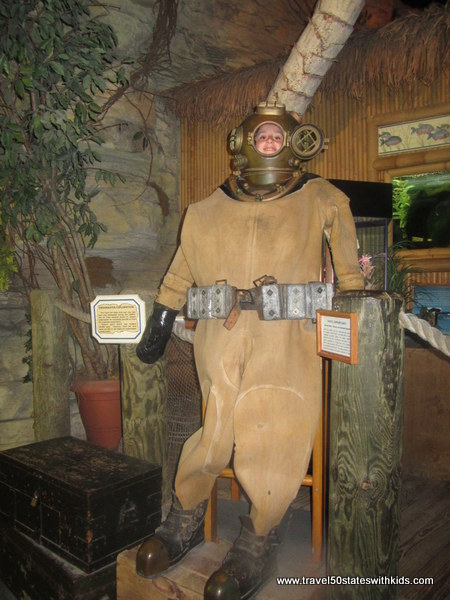 Another pleasant surprise were the seals. 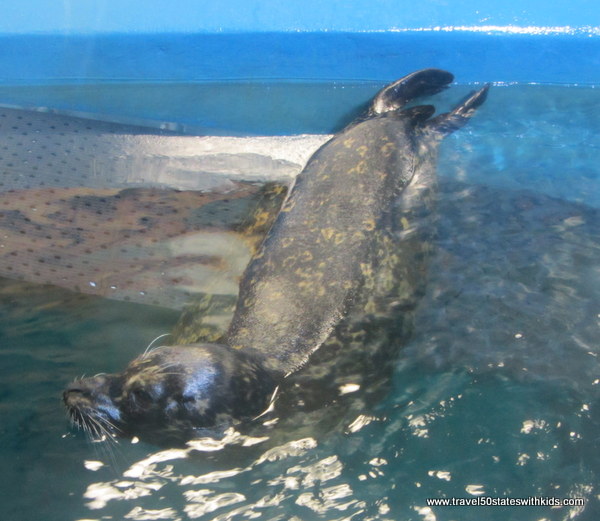 One thing I really loved about Jenkinson’s Aquarium was that they had several helpful staff members roaming around, checking to see if any guests had questions about the animals.

The Touch Tank was also a fun experience for my kids.  We had the opportunity to pet a stingray, horseshoe crab, and starfish. 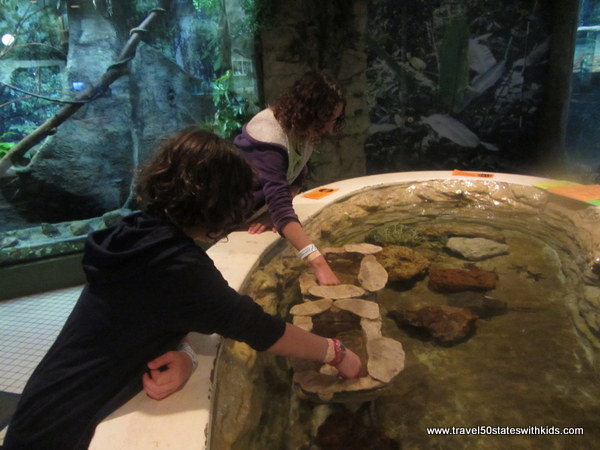 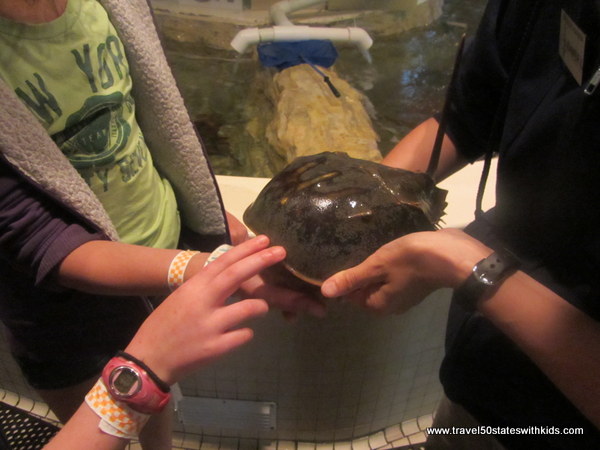 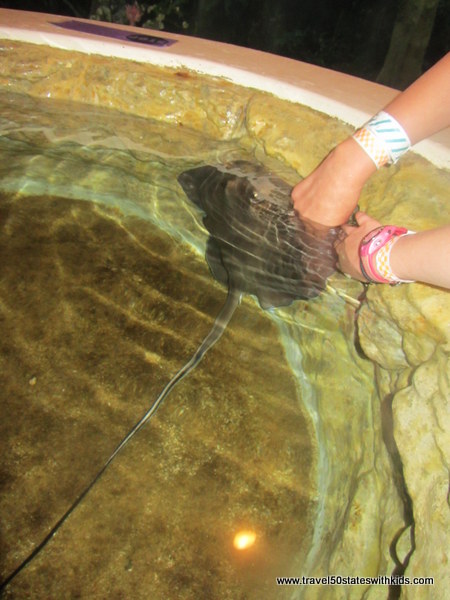 We also got to see a blue lobster which I don’t think I’d ever seen before. Unfortunately I wasn’t able to take a good picture, so you’ll just have to go to Jenkinson’s Aquarium to see it yourself. 😉 The penguins were getting a new home built while we were there, so we didn’t get to see them.

I was also a little surprised to see some land animals, like this monkey. 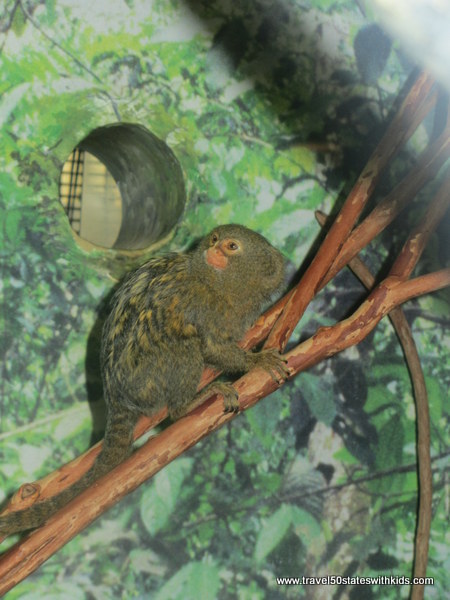 As I wrote above, there was quite a diverse mix of animals at Jenkinson’s Aquarium, and more than we expected. Combine that with a reasonable admission fee, and I think it’s a very good value for family entertainment.  I also really like their admission policy.  Once your hand is stamped, you can return throughout the day.  So you could visit the aquarium, then ride some of the rides or play at the arcade at Jenkinson’s Boardwalk, savor some of the boardwalk delicacies, then return to the aquarium to see an animal feeding later in the day.  You can see the feeding schedule here.

Disclosure: My family and I received complimentary admission to Jenkinson’s Aquarium.