El Rancho de las Golondrinas is a living history museum near Santa Fe, New Mexico. The Spanish name translates to The Ranch of the Swallows. The authentic ranch dates back to the early 1700’s when it was a stop on El Camino Real, the trading route from Mexico City to Santa Fe. Today it is a fascinating place to learn about the southwest in both Spanish Colonial and Territorial New Mexico time periods. 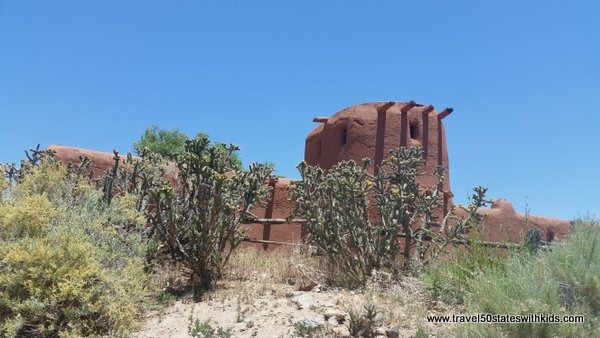 The ranch sits on 200 acres about 15 miles southwest of Santa Fe. Many of the buildings are original to the property and others have been relocated from other parts of New Mexico. Before the Santa Fe Trail connected New Mexico with the east, the only trading route was from Mexico City, and it was called El Camino Real. The ranch was an official rest stop (paraje) on El Camino Real and the last stop before Santa Fe. 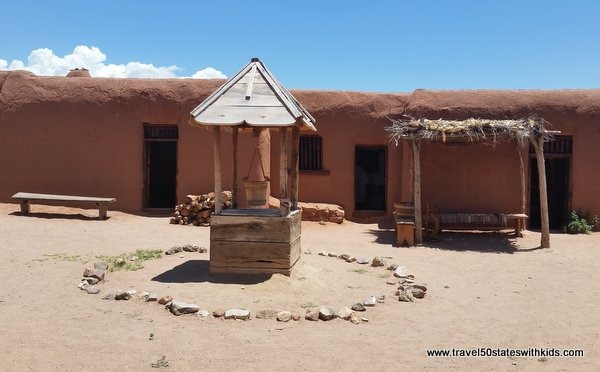 Although we have been to several living history museums in the U.S., this one was distinctly different because the ranch was first settled by Spanish colonists. The adobe construction of the buildings stands out immediately, but as you tour the buildings, you’ll learn about other differences in lifestyle between the Spanish and English. 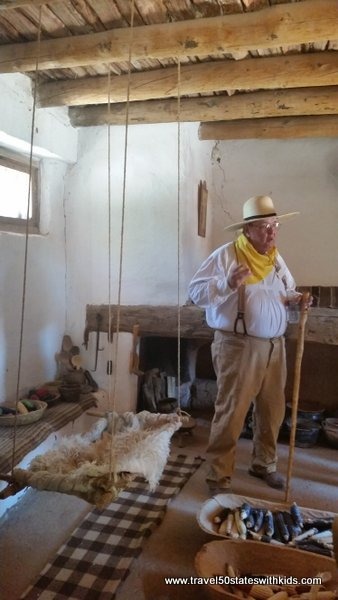 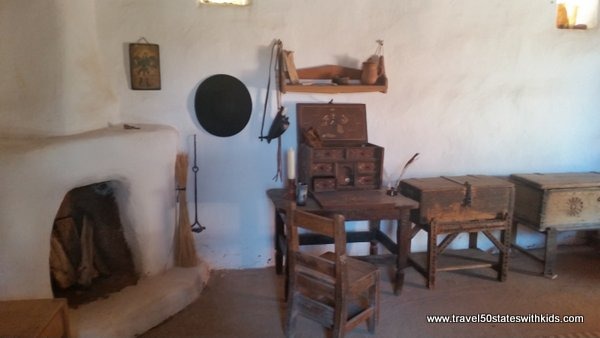 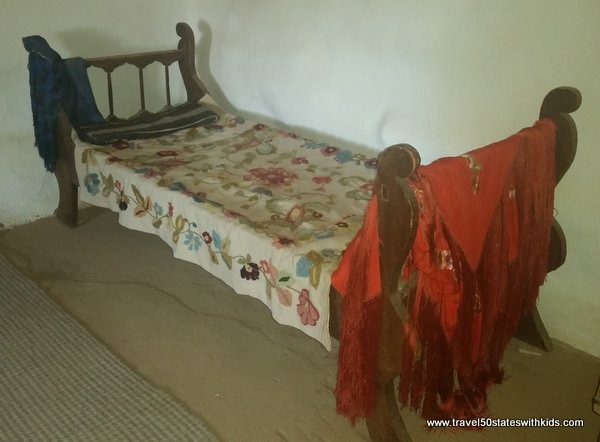 Faith was important to the colonists and without a church nearby, ranchers created their own space for prayer and worship. 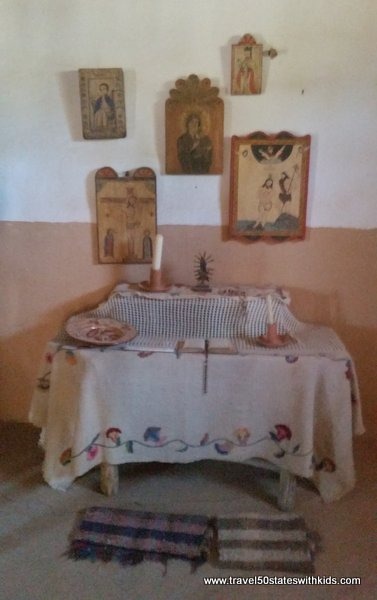 A tour guide gave us an overview and took us through different buildings that were each staffed by a costumed interpreter. Living history museums are a wonderful way to teach history to kids, especially when they can take part in the activities. Kids on our tour learned what a metate and mano are and then had the opportunity to use them to grind corn. 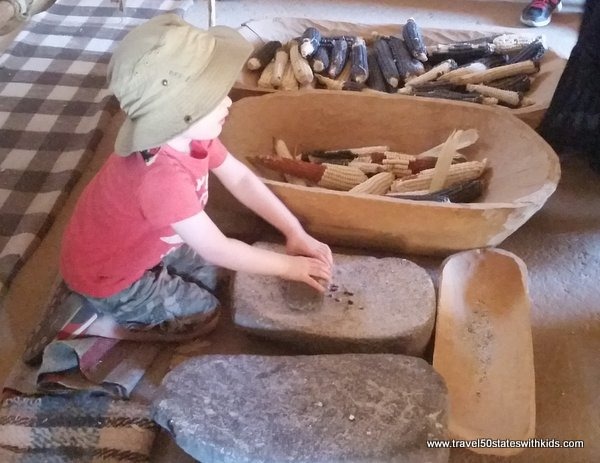 You’ll see what a typical kitchen looked like. Chile peppers were and are a staple in New Mexican cuisine. 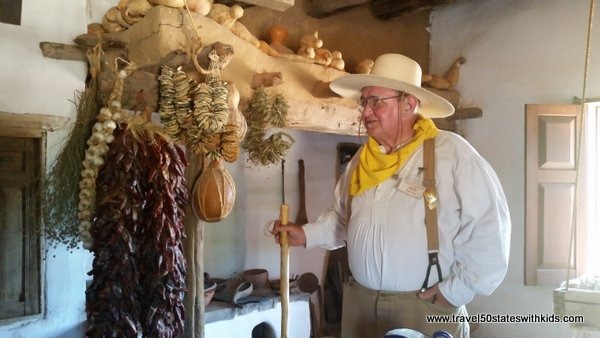 Bread was baked in outdoor ovens. 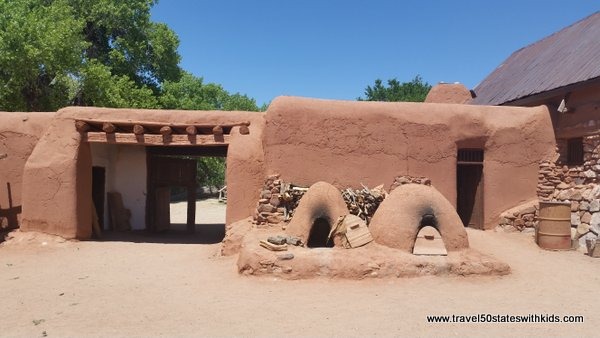 Colonists at the ranch spun their own yarn. We watched a woman demonstrate how to spin. 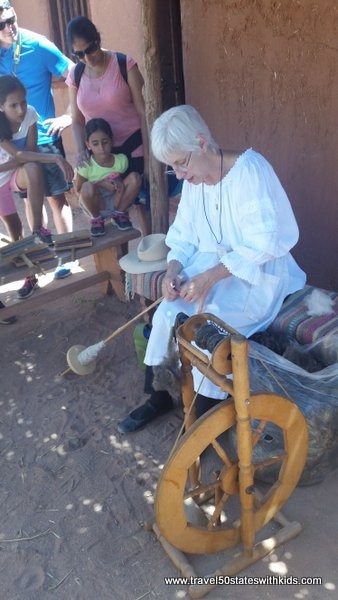 We watched weavers operate looms. We saw both vertical and horizontal looms. 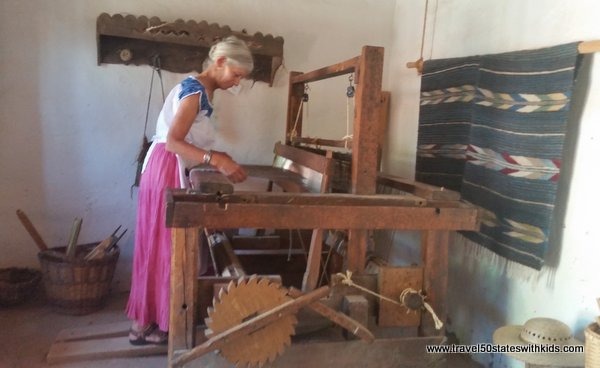 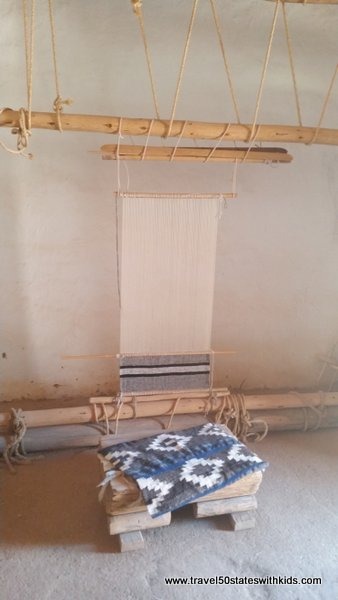 Of course the wool had to come from somewhere. Our took guide showed us where the animals are kept. 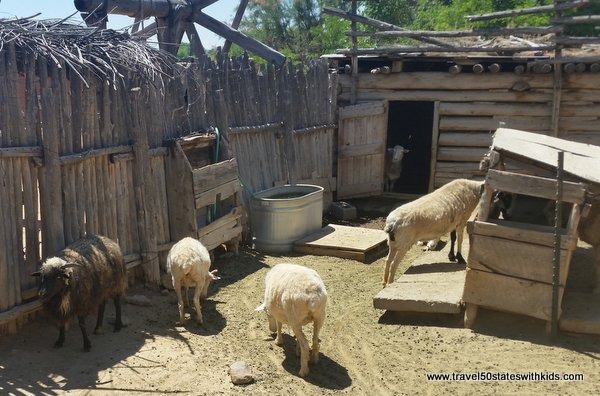 El Rancho de las Golondrinas also shows how lifestyles changed after the Santa Fe trail was opened and there was contact with eastern America. We learned that stores didn’t exist before the Santa Fe trail opened because the trip to Mexico City took half a year and trips were not frequent enough to keep a store stocked. After regular trading began on the Santa Fe trail, stores opened. 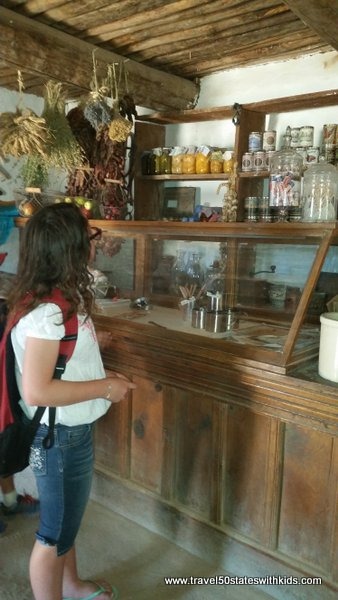 Some items were shipped in cans and the tin from the cans didn’t go to waste. 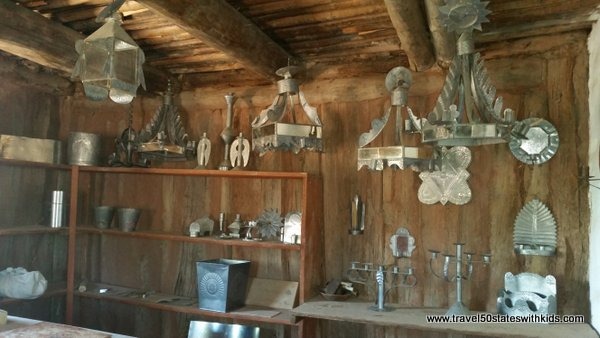 We visited the Blacksmith’s shop and watched him work. 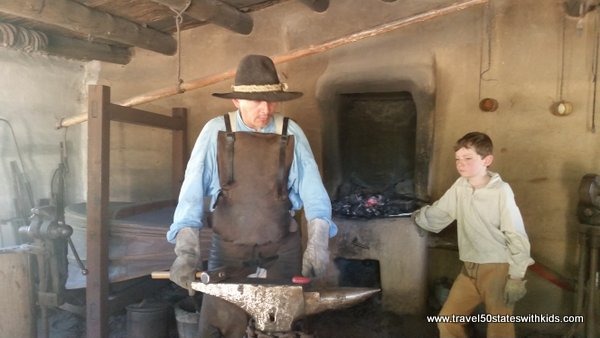 My kids also enjoyed visiting the school and finding out how school in Territorial New Mexico differed from schools today. 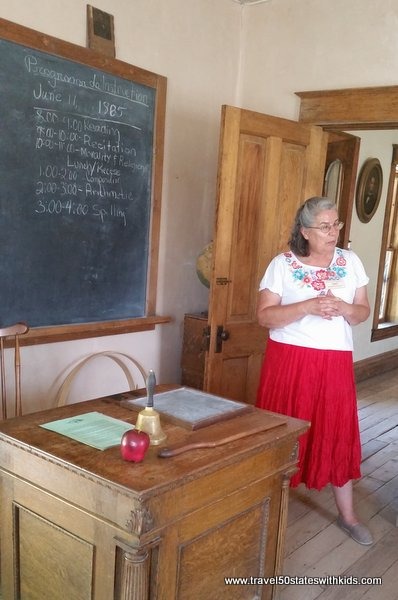 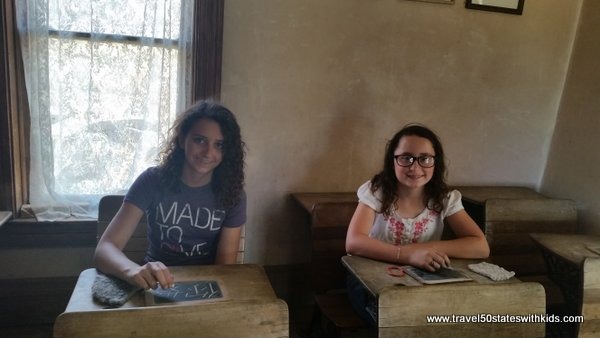 Perhaps I should have mentioned this at the beginning, but those of you who have daughters who are into American Girl dolls should note that El Rancho de las Golondrinas is very similar to the home of Josefina. Many of the buildings at El Rancho de las Golondrinas were the inspiration for the drawings in the books about Josefina. The ranch even offers a special Josefina tour. I really loved our tour. Maybe it’s because my great-grandparents owned a ranch in Mexico or because we had a truly outstanding tour guide, but I don’t understand why El Rancho de las Golondrinas doesn’t show up as a must-see attraction on every list of things to do in Santa Fe. I love to find kid-friendly attractions that show the character and uniqueness of each state that we visit and this one definitely fits the bill.