Great Lakes Science Center is located right on Lake Erie in Cleveland, Ohio. It’s the fourth science museum I’ve written about this week and I must point out that I’ve been pleasantly surprised by the lack of redundancy between museums. I genuinely feel like each museum offers something different. I know I’m probably starting to sound like a broken record, but I really recommend getting a membership to your local museum so that you can take advantage of the ASTC (Association of Science-Technology Centers) Passport Program which allows you to visit science museums around the country without paying admission. We’ve found that we often choose a science museum when we have a couple free hours in a city.  It’s been a couple of years since we visited the Great Lakes Science Center, so I’ve been wanting to write about it for quite some time. After spending more than half the day at Holden Arboretum outside Cleveland, we spent a few hours at the museum before heading home. 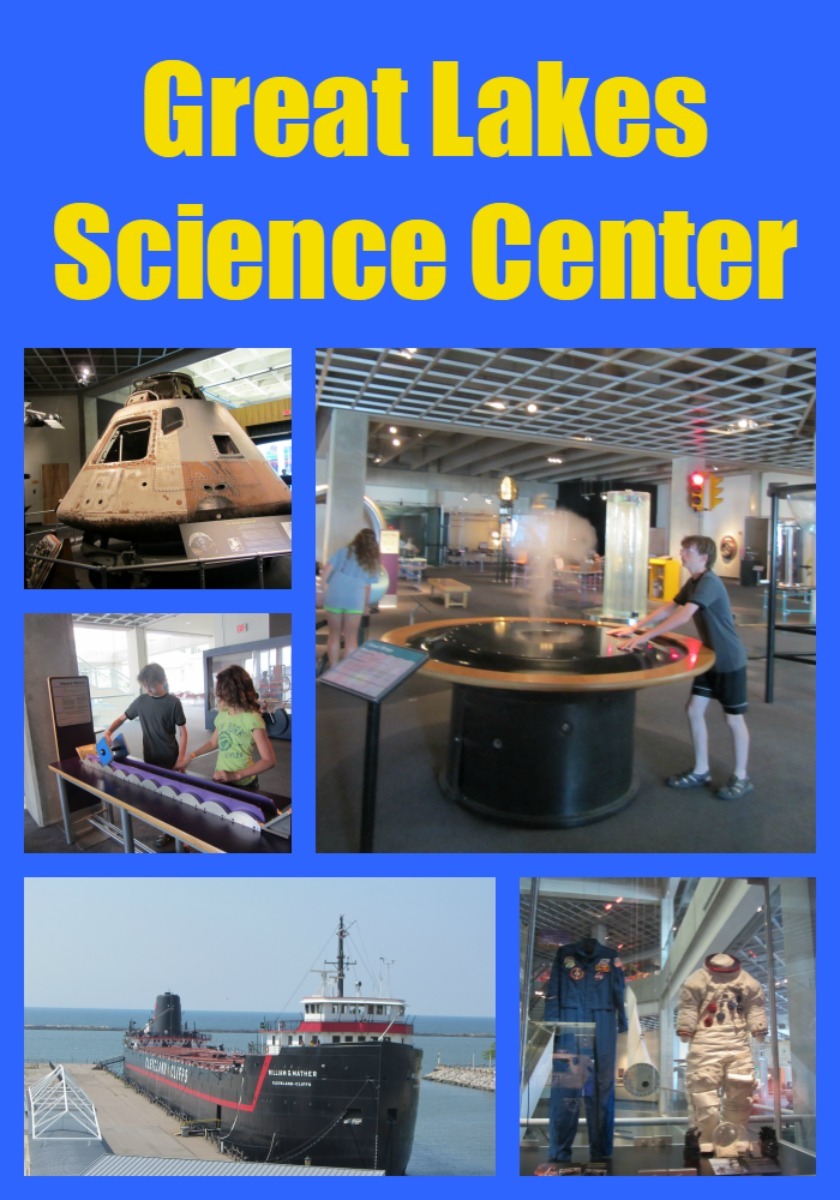 We spent the bulk of our time in the Science Phenomena Exhibit area which has over 100 hands-on science experiments so that you can learn about science first hand. What I like about this area is the wide range of activities offered. It isn’t only mechanical concepts being demonstrated–you can learn about electricity, magnetism, optics, sound, and waves. It’s like a playground of science activities. 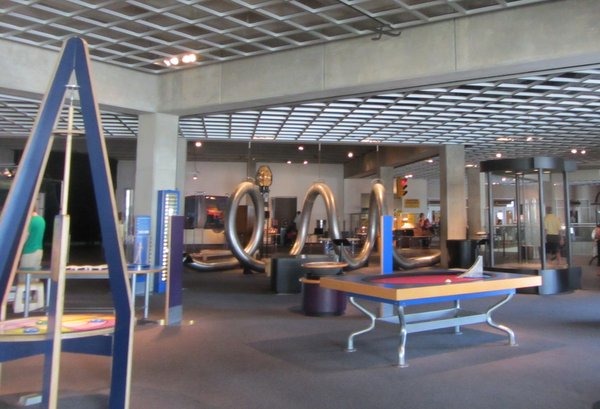 Do you think it’s possible to roll a square wheel? 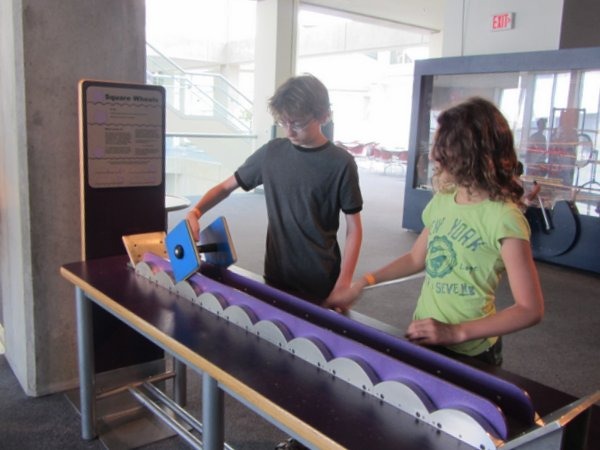 Learn about energy and power. 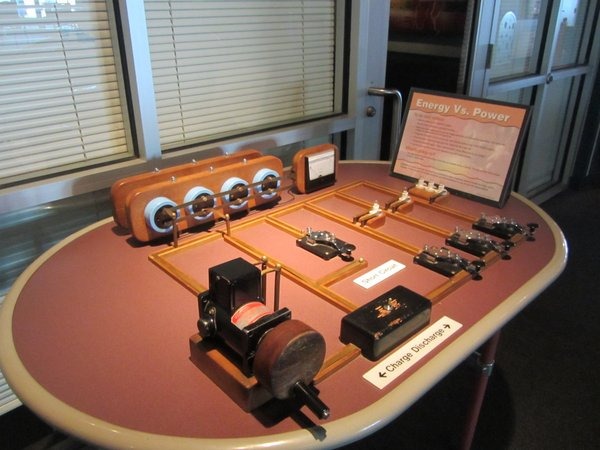 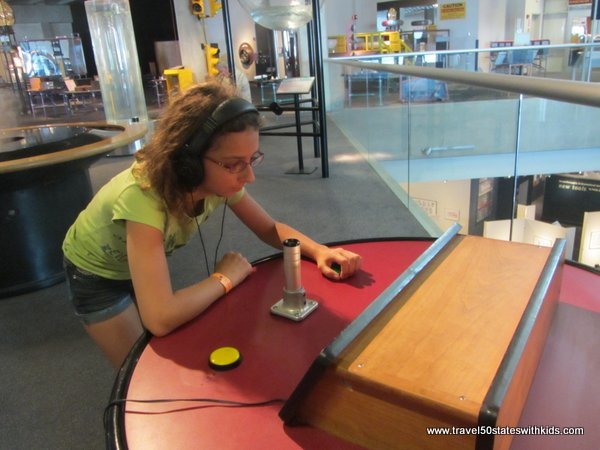 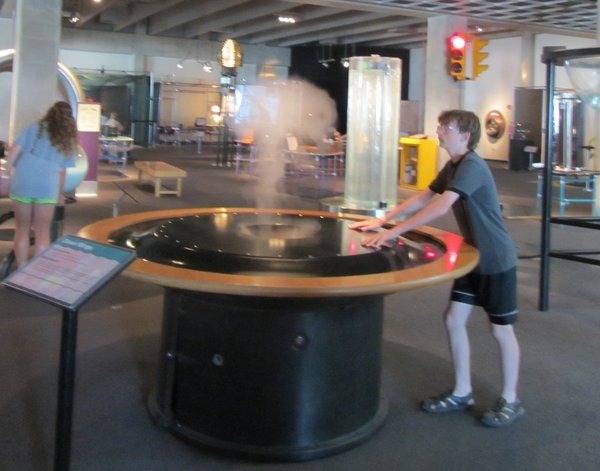 I could go on and on. As I said, there were over a hundred of these. There’s also a play area for little kids called the Polymer Funhouse. 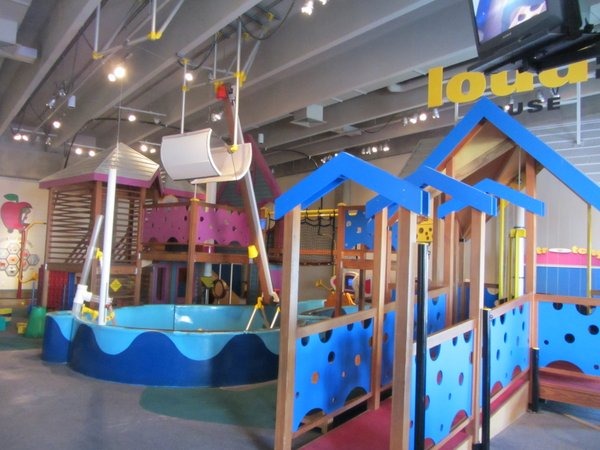 It was a gorgeous day and I loved that some of the exhibits were located outside with a view of Lake Erie. 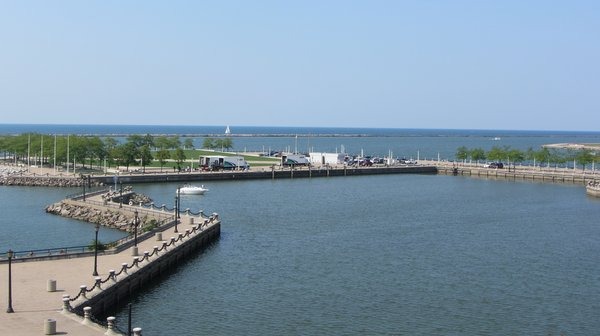 One of the outdoor exhibits is the Sinking Water Clock. 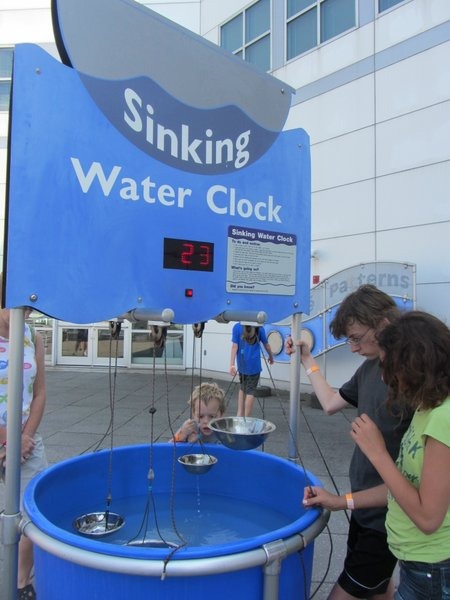 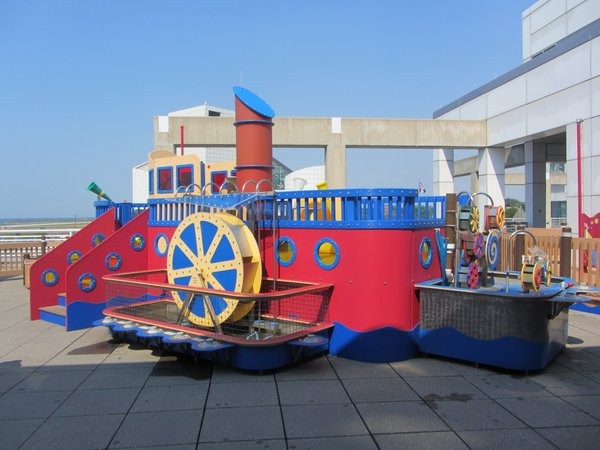 While we were outside, we saw the Steamship William G. Mather, which is one of the exhibits at the Great Lakes Science Center. You can tour the restored ship which was built in 1925. Unfortunately, we didn’t have time to do this, but it is on my wish list for the next time we visit Cleveland. 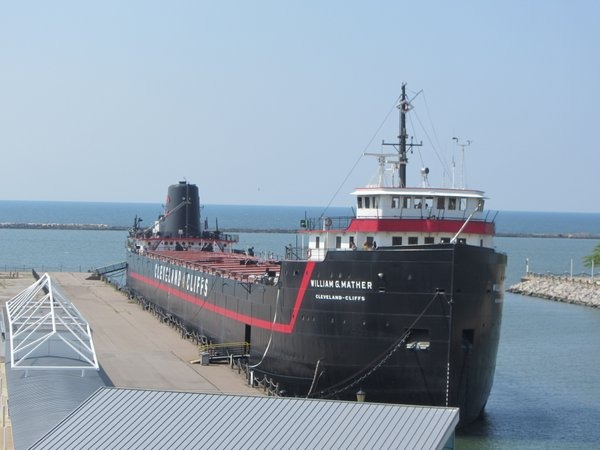 Another impressive part of the Great Lakes Science Center is the NASA Glenn Visitor Center which is located within the museum. This was named for Astronaut John Glenn, who is from Ohio. Ohio is proud of our astronauts. 24 astronauts hail from Ohio with another 10 who lived in Ohio at some point in their lives.  The museum pays tribute to them. 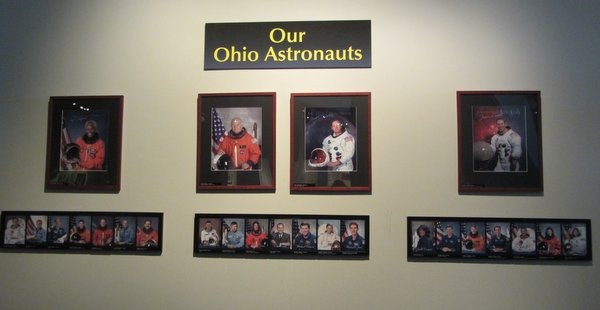 One of the artifacts you can see in the museum is the actual 1973 Skylab 3 Apollo Command Module. 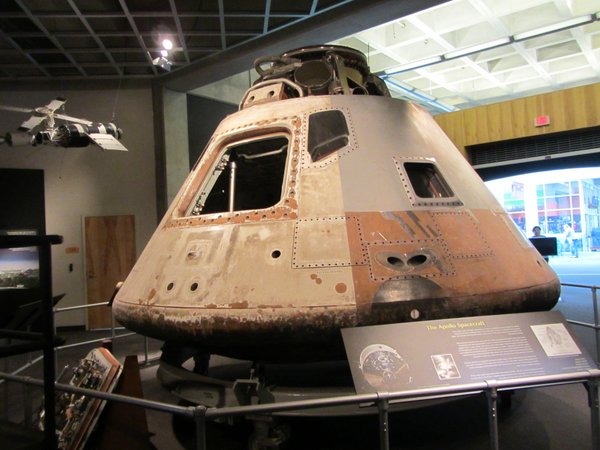 You can also see spacesuits that were worn during missions. 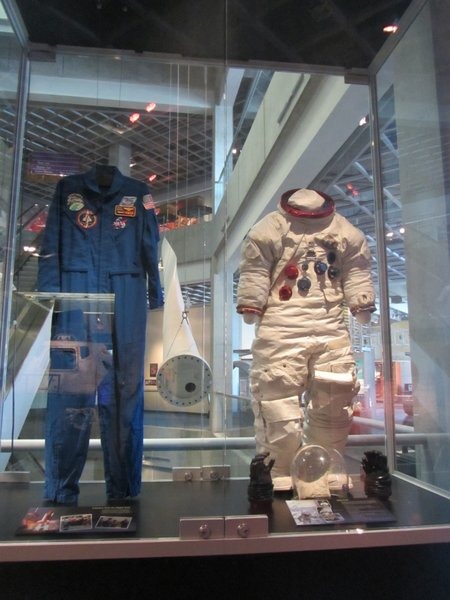 Would you like to be an astronaut? How about pretend to be one? You can in this Space Shuttle Landing Simulator. 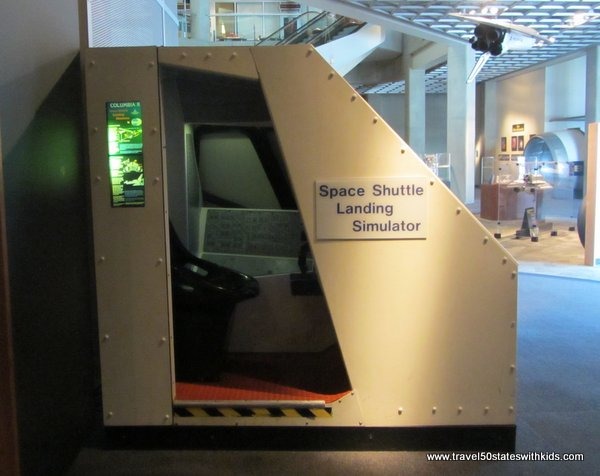 The museum also has exhibits about Advanced Energy. Outside the museum is a wind turbine (windmill) that produces about 7% of the electrical energy needed to run the museum. Inside you can see just how big the blades are. 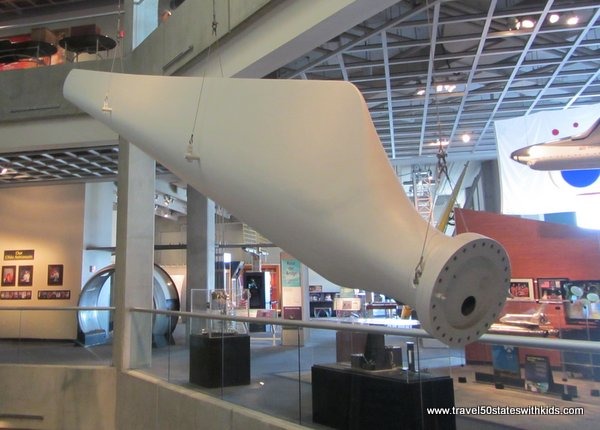 We didn’t have much time to spend in the BioMedTech Gallery, but it looked very interesting. You can learn about genetics and DNA. 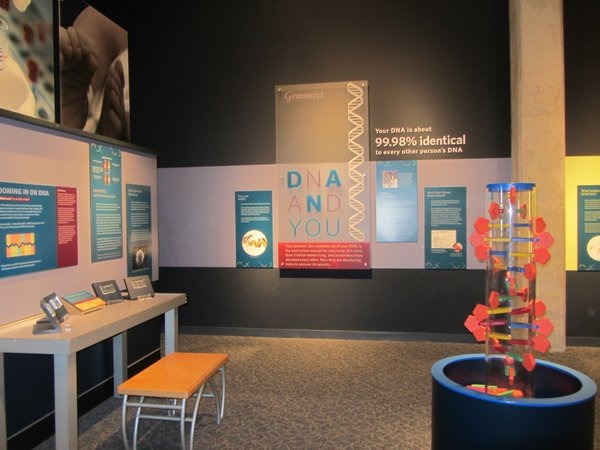 There are also exhibits about technologies used in the healthcare industry, like this exhibit about endoscopy. 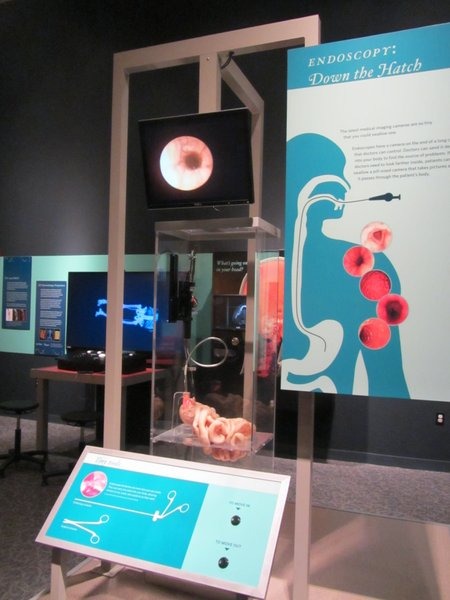 There were a lot of interesting exhibits at the Great Lakes Science Center. I’m sure we could have kept busy all day if we’d have had more time available. There’s also an OMNIMAX theater there. I would love to go back again!