McMenamins is well known in Oregon for its hotels, pubs, breweries, and other businesses that are housed in historic buildings. I’ll admit, though, that it had been 20 years since I had been to Oregon and I hadn’t heard of McMenamins. I figure that if I wasn’t aware of them, then many of my readers might not be familiar with them either. The McMenamin brothers, Mike and Brian, opened their first pub in 1983, and now they own over 50 establishments in Oregon and Washington. We had the opportunity to stay one night in the McMenamins Old St. Francis School in Bend, Oregon, compliments of Travel Oregon and McMenamins.

Old St. Francis School was once a Catholic School, as you might have guessed. The complex includes a hotel, pub, brewery, bakery, theater, and soaking pool, and is located in downtown Bend. The signature of McMenamins is to honor the former life of the property with art and decor. I’ll show you what I mean. Old classrooms were converted to guestrooms and the buildings like the Nunnery and Friary have become guest cottages. We stayed in the Nunnery. 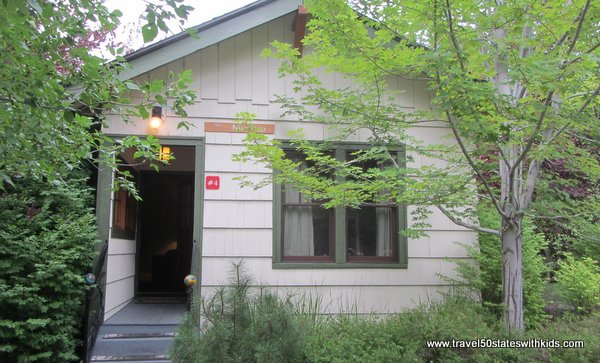 The comfortable interior was decorated with pictures and paintings of the school and nuns. 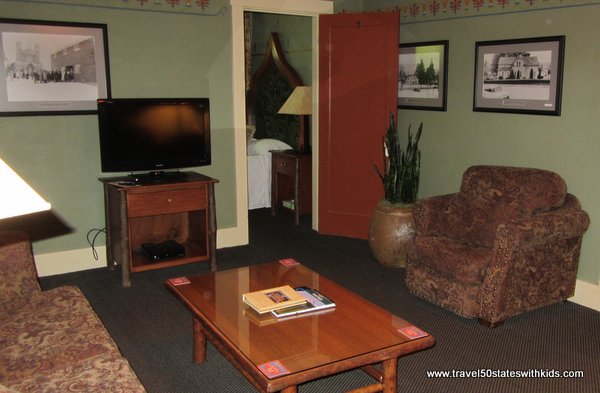 Each of the bedrooms was named for a different nun who taught at the school, such as Sister Mildred Marie. 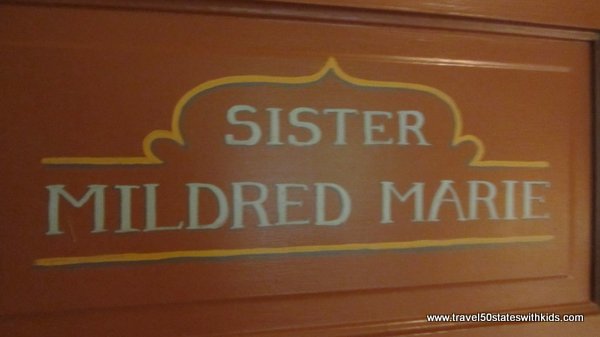 A portrait, quotes, and memories were painted on the walls of each room. 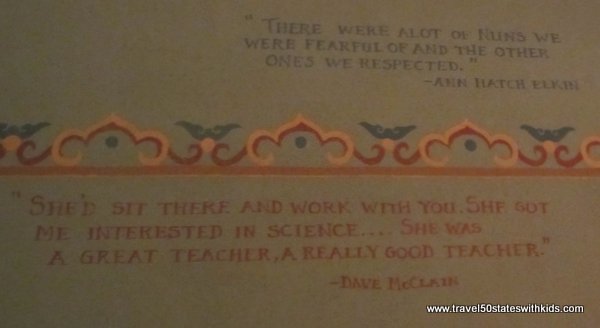 The bedrooms in the nunnery featured one of every size bed: king, queen, double, and a bunk bed. It is perfect for large families or even two small families. 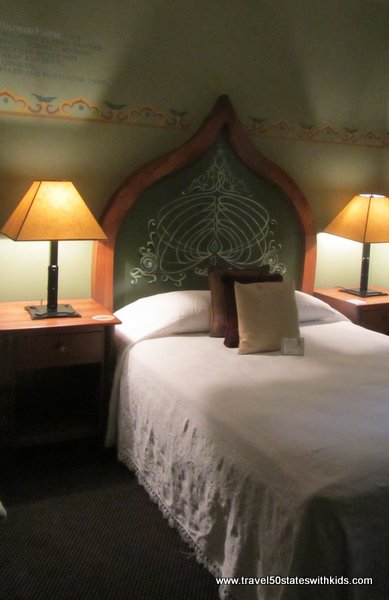 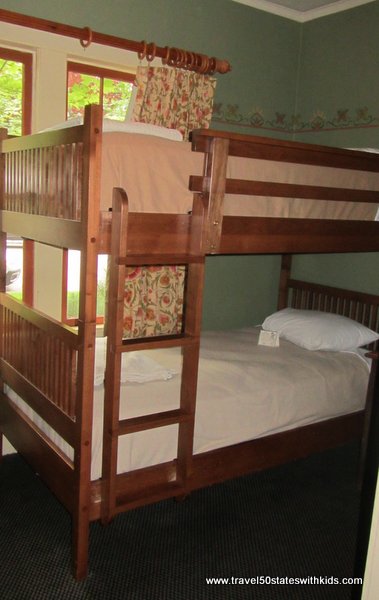 Although the kitchen didn’t have a full range of appliances, it had the basics: refrigerator, coffee maker, and microwave. It was also stocked with dishes, but had seating for just three people. 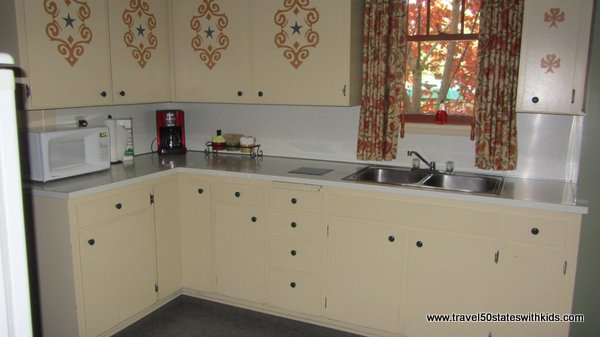 After we got settled in our cottage, we couldn’t wait to try the soaking pool. The pool was available to kids earlier in the evening, then only to adults later. 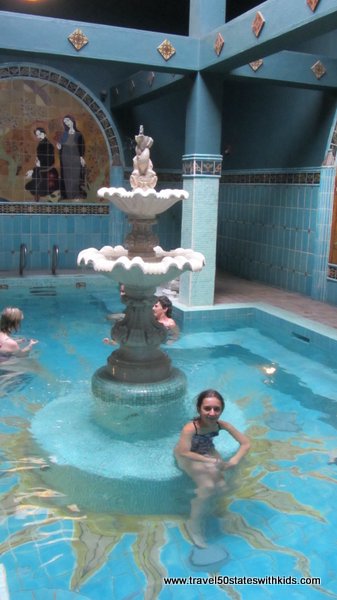 Isn’t it beautiful? The water is warm like a hot tub. This was not a feature of the original school, but is located in the area that used to be a gym. I love how the artwork in the room includes St. Francis. 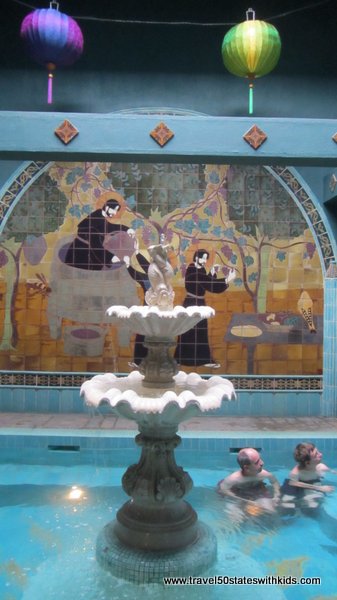 We enjoyed a late dinner at the pub. 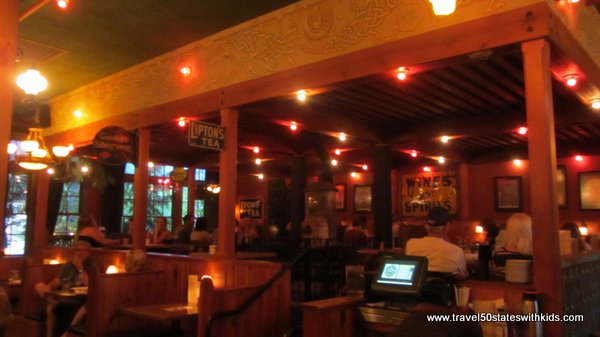 The menu was typical pub food: soups, salads, sandwiches, burgers, pizza, and a few entrees. Since we were walking distance from our cottage, my husband and I also sampled some of their beer. We also went downstairs for a peek at their microbrewing operation. 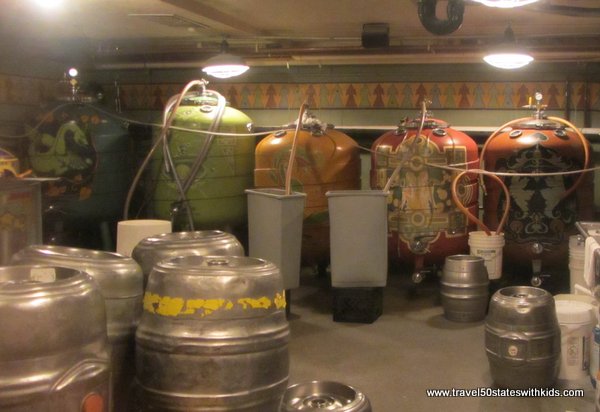 Many people took advantage of their beautiful patio dining. 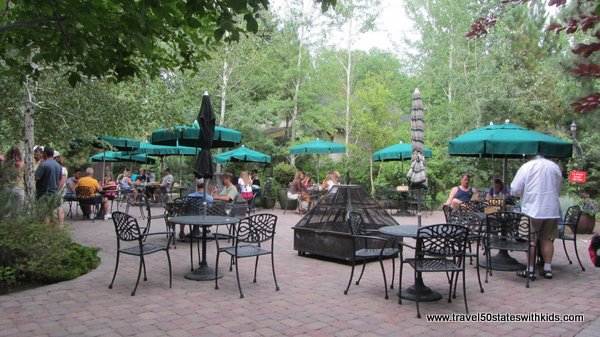 Unfortunately, we didn’t have enough time to see a movie in their theater. I think it’s cool that you can order food and drinks inside the theater and I wish we’d had another night there to try it. My kids thought McMenamins was “really cool” and it ranked as one of their favorite places we stayed last summer.