While I love that we’ve been able to visit so many places around the country, there is one negative about this style of travel: you don’t have time to see everything and have to make some tough choices. And that’s just how I felt when we visited Portland, Oregon. The nice people at Travel Oregon and Travel Portland arranged for us to have a pass to visit many of the city’s popular attractions, but there were so many places and so little time! We considered the many options and decided to visit the OMSI, the Oregon Museum of Science and Industry. 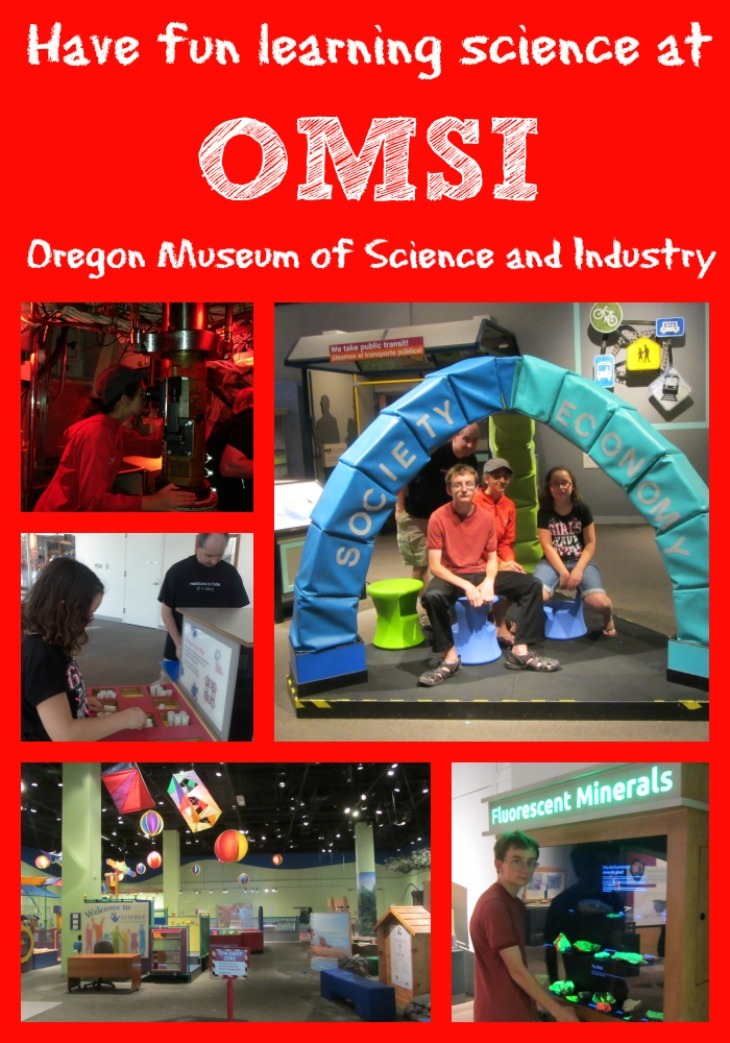 The first exhibit we encountered after entering the museum was a Brain Teasers exhibit. My nerdy family absolutely LOVED this. It wasn’t high tech. Tables were set up with stations with different puzzles to solve. 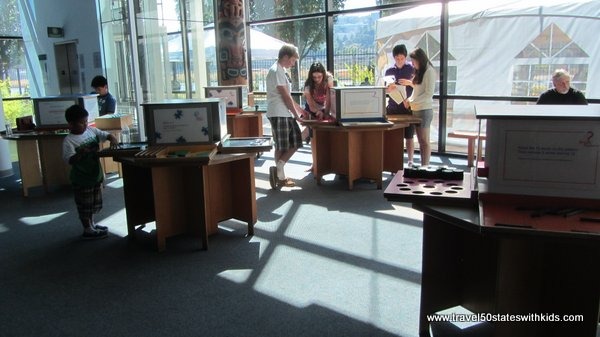 The Brain Teaser puzzles were addictive. We worked on puzzles until it was time for us to head to the theater to see a movie on the 4-story screen. 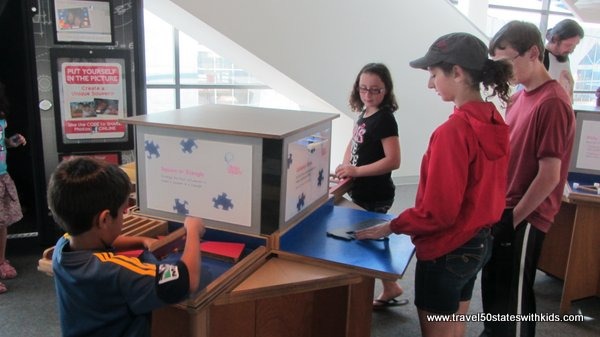 After the movie was over, we went back to the puzzles. We worked on more puzzles until it was time for us to go on the submarine tour. 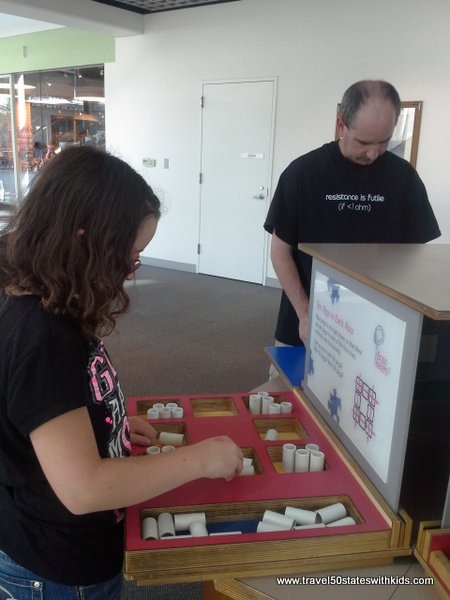 After our submarine tour was over, we went back to the puzzles. Are you getting the picture? It was very difficult to tear us away from the Brain Teasers! I do believe we could have spent the entire day in that one section.

I didn’t mean to gloss over the theater or submarine tour as if they were insignificant. That wasn’t the case at all; we very much enjoyed both. The submarine that we toured was the USS Blueback. It was the U.S. Navy’s last non-nuclear, fast-attack submarine and was in official operation throughout the Pacific Ocean from 1959-1990. 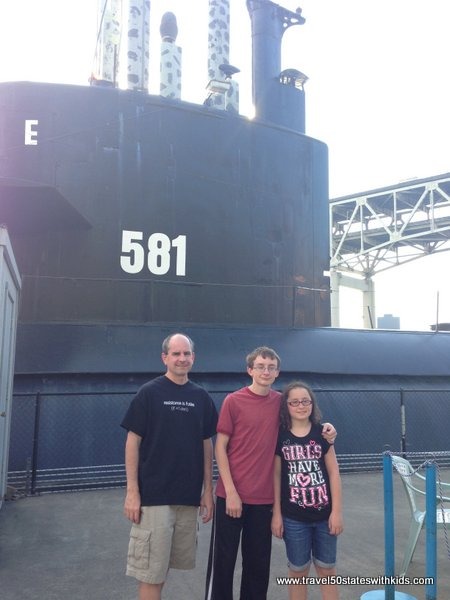 We had a very charismatic tour guide who spoke so knowledgeably and excitedly about the sub that we were convinced he must have been in the Navy, but we asked him and he said he wasn’t. 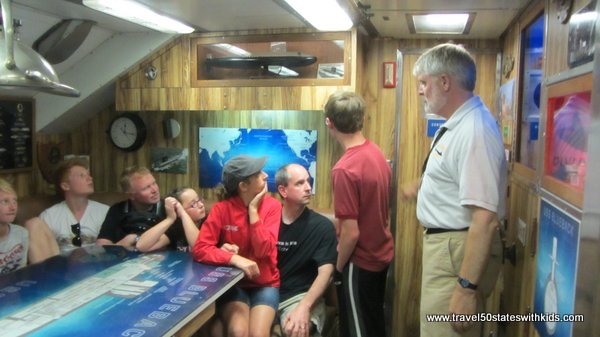 We got to see where the torpedoes were stored. 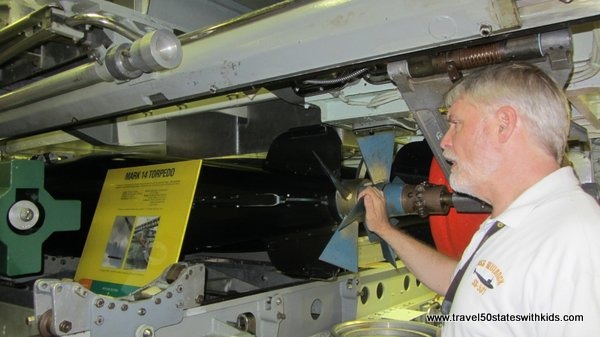 We also visited the control room and got to look through the periscope. 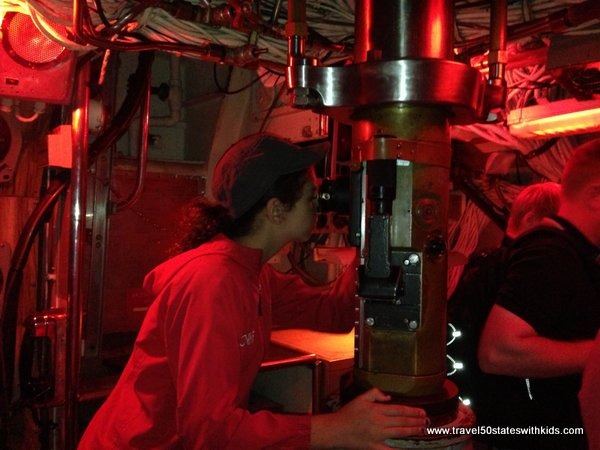 Doesn’t it remind you of a scene from The Hunt for Red October? Speaking of that movie, The USS Blueback made an appearance in it!

Moving throughout the submarine was interesting. There were some tight passageways. In fact, before they let you take the tour, you must demonstrate that you can get through an opening very similar to this one. 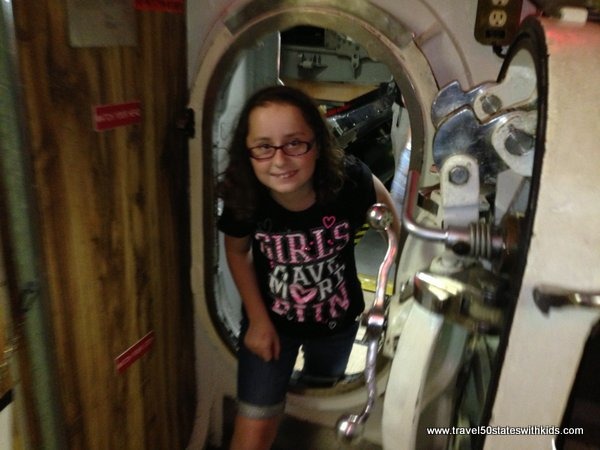 We also saw the living quarters. There isn’t much room for eating and sleeping. 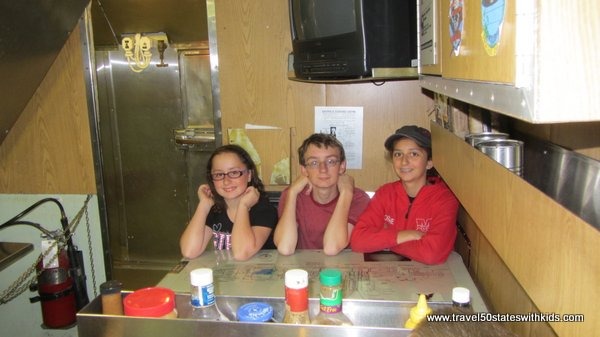 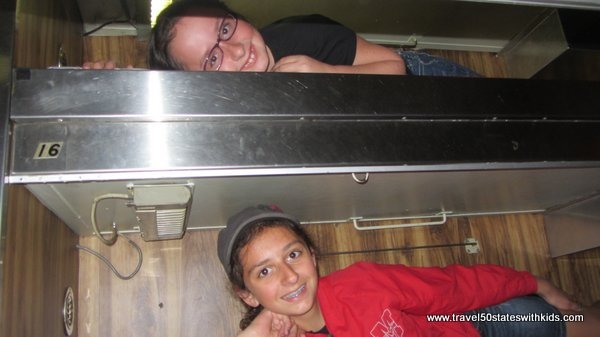 After we finally tore ourselves away from the Brain Teaser exhibit, we explored some of the rest of the museum’s five exhibit halls. The Life Hall has a fascinating Prenatal exhibit that displayed actual fetuses (that had died from natural causes). You’ll see Oregon’s eco-friendly focus in the Earth Hall which has several environmental exhibits . 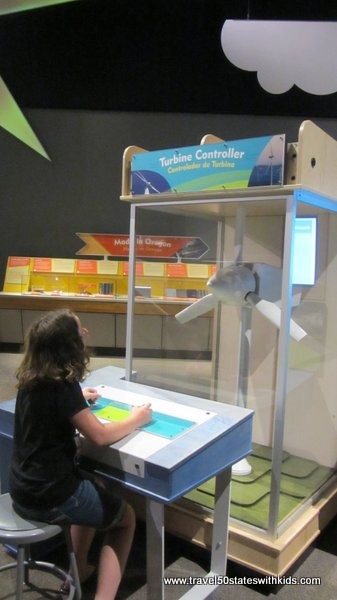 And even though lots of museums have arches to build, my family can’t resist them. This one was a little different, with three sides to it. 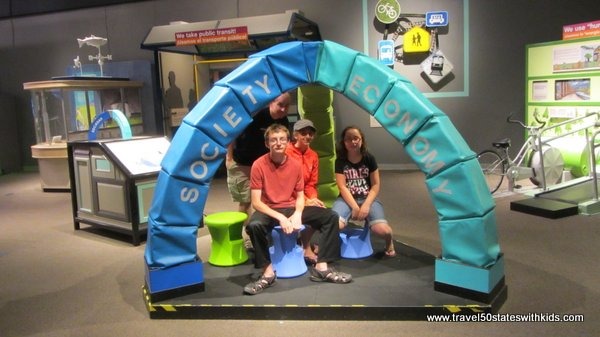 How cool are these fluorescent rocks? 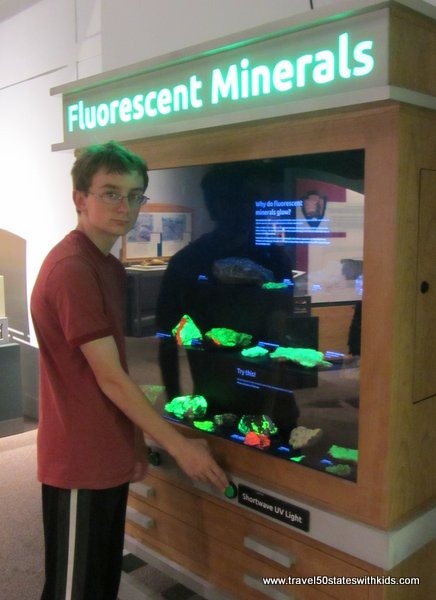 There’s a Science Playground for kids ages 6 and younger. 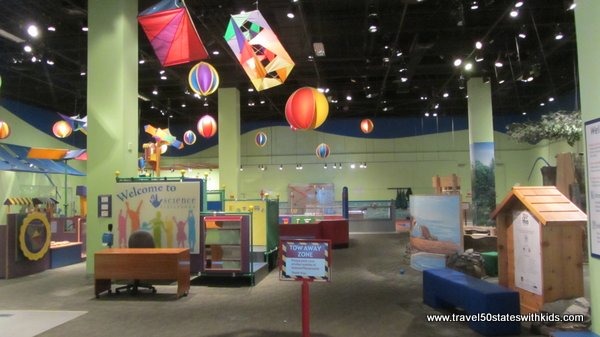 Another favorite spot was Turbine Hall, which had a focus on the physical sciences.  This hall contains a turbine generator remaining from the days that this part of the building was a power plant. 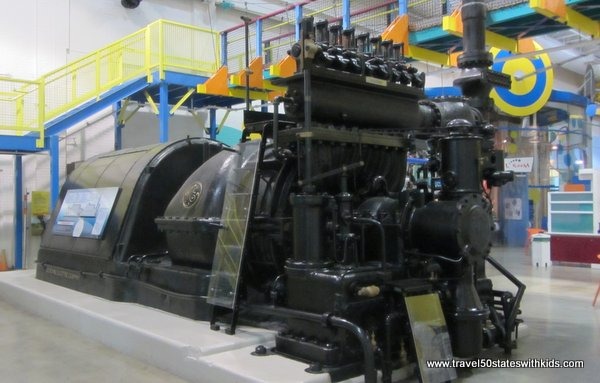 We could have spent all day in Turbine Hall. Lots of fun and interesting stuff there! 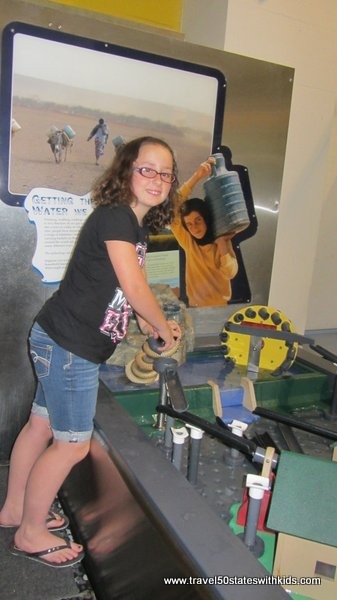 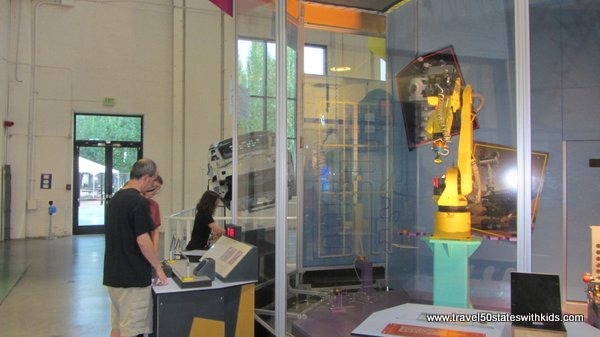 I don’t usually talk about gift shops as an attraction feature, but the gift shop at OMSI had some very interesting geek gear, so I wanted to mention that. 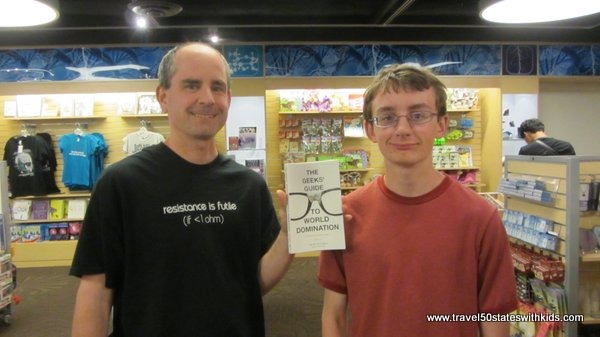 We had a great time at OMSI. We visited several national parks on this trip, so a science museum was a nice complement to our outdoor explorations.

Many thanks to Travel Oregon and Travel Portland for hosting our trip.