On our recent Rhine River cruise, my daughter and I had the opportunity to explore three UNESCO World Heritage Sites. My initial plan was to write a post about all three. Then, I started going through my pictures. :-O  I quickly realized I was going to need a separate post about each one.

So, the first up is the Grande-Île in the city of Strasbourg, France. You might be thinking that Strasbourg sounds more German than French. That is correct. While this city in the Alsace region is now within the French borders, it has an interesting history. Strasbourg’s governance has gone back and forth between France and Germany a few times. And even before that, it was a Roman outpost. 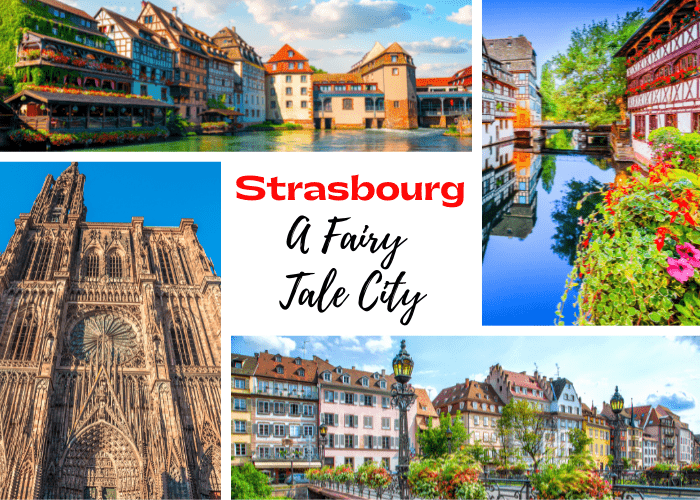 When we were walking through Strasbourg, it felt like we had stepped into a fairytale. And the story goes like this… 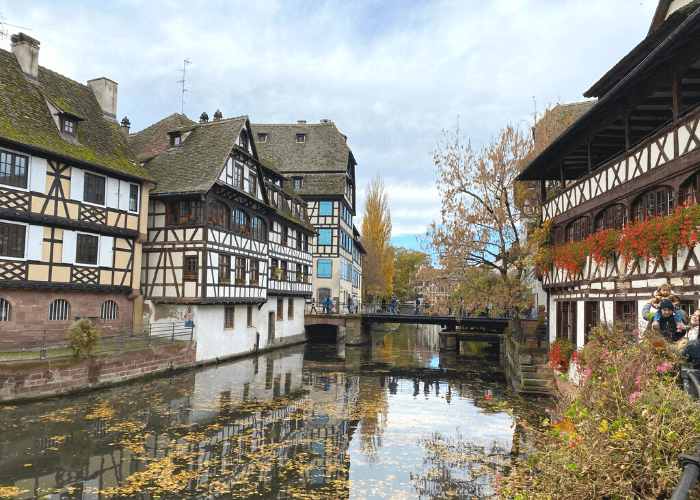 Once upon a time, there was a travel advisor named Terri who took her daughter Camille to a faraway land called Strasbourg. 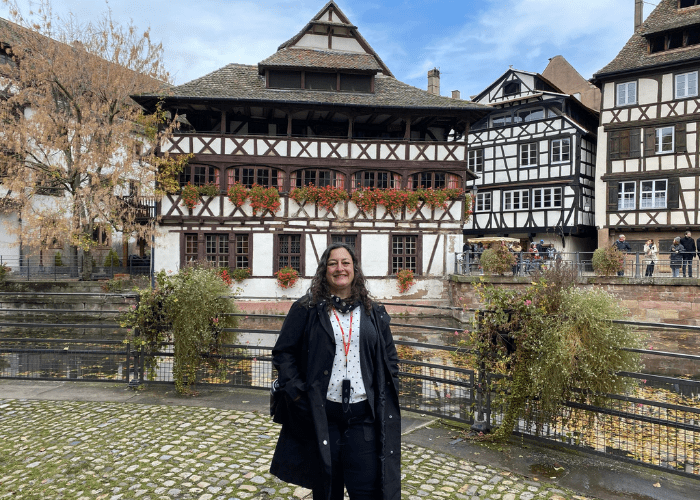 Strasbourg had such cute architecture that Terri and Camille seriously considered staying in Strasbourg and moving there permanently. 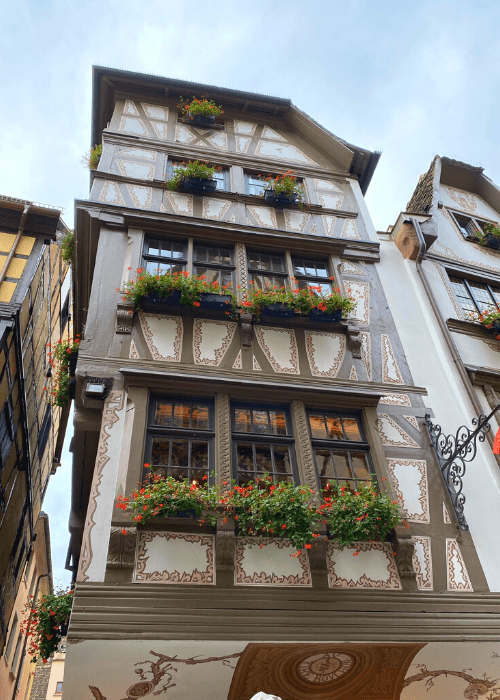 The heart of Strasbourg was on an island named Grande-Île. The island was defined by a river and a canal, and there were lots of cute bridges. Terri couldn’t stop taking pictures. 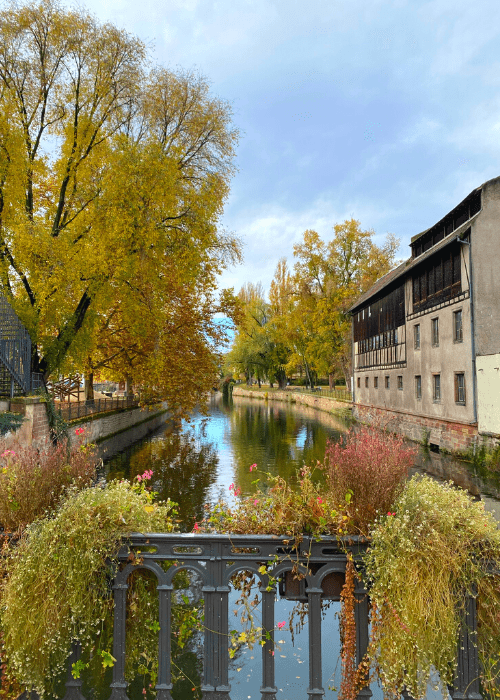 One section of Strasbourg was called La Petite France. Terri and Camille enjoyed a wonderful lunch there. 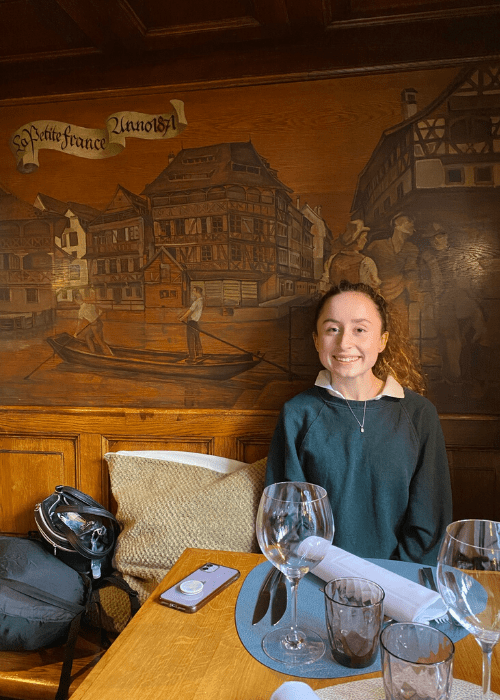 As Terri and Camille walked the streets of Strasbourg, they spotted a tall cathedral named Cathédrale Notre-Dame de Strasbourg. Their tour guide told them it had been there since before Christopher Columbus first sailed to their homeland, and was once the world’s tallest building. 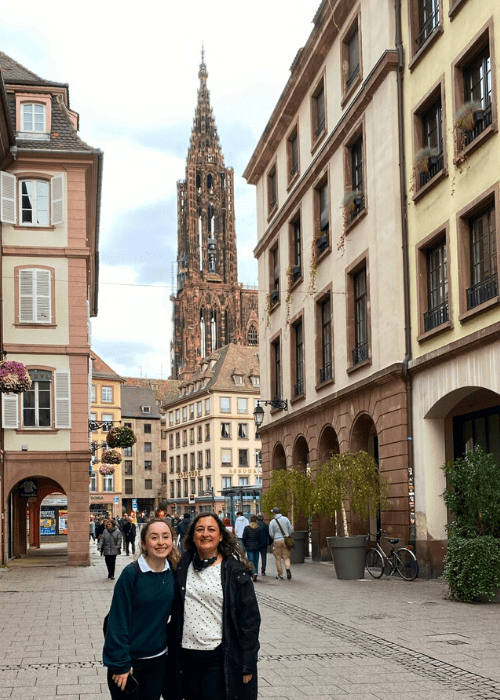 They walked closer so they could admire the Gothic and Romanesque architecture. Camille thought the cathedral would be a beautiful place for a wedding. While they walked, she looked around for a handsome prince to marry. 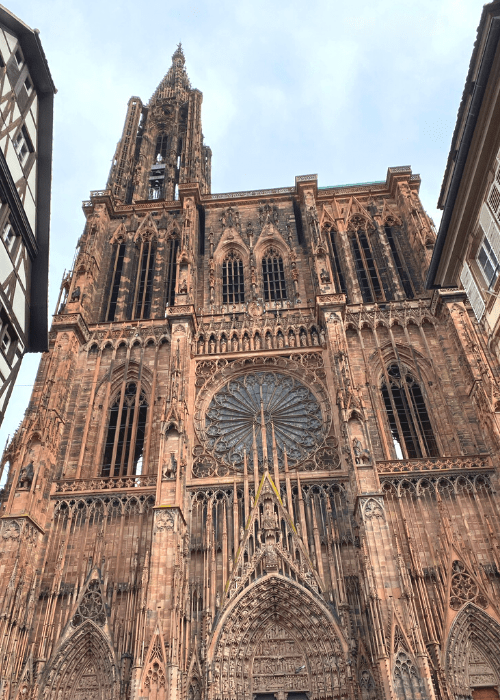 Sadly, Camille did not encounter any handsome princes. She did, however, encounter some French macarons, which made her just as happy. 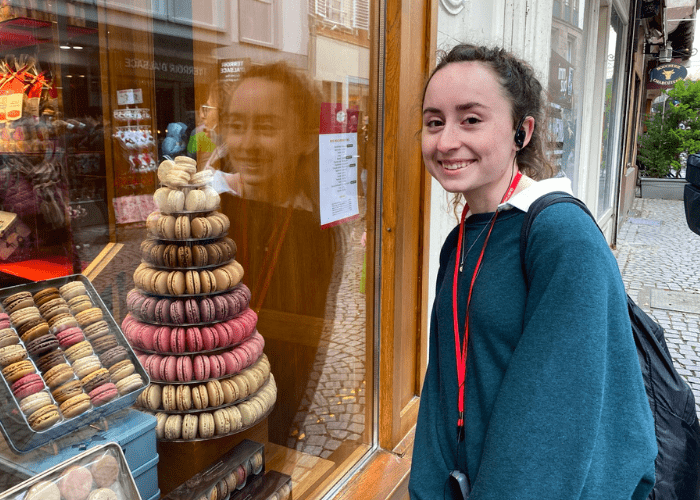 At the end of the day, Terri and Camille decided to go back to their river cruise ship after all. They went on to have many more adventures. But someday they hope to return to Strasbourg and the Alsace Region again.

Is Strasbourg on your list of must-visit destinations? Whether by river cruise or a land vacation, I would love to help you plan a trip. Read about how my services work here.