Today’s guest post is written by Camille Weeks, my 10-year-old daughter. Every year one of my children gets to spend a week getting spoiled by Grandma and Grandpa. When they were younger, they stayed at their house in Wisconsin. As they’ve gotten older, their grandparents have started taking them on trips. This year it was my youngest daughter’s turn. She accompanied her grandparents to Gatlinburg, Tennessee.

One of my favorite places in Gatlinburg was the Guinness World Records Museum. We didn’t get to spend as much time in the museum as we wanted to, but it was still a great experience. I would say that you might need an hour and a half to two hours to look at everything. There were a lot pictures on the wall with descriptions beneath them so young kids could still look at the pictures. One thing that really made it kid friendly is that it had tables with activities you could do. One of the things you could do was make a necklace out of a string and pasta. You can time yourself doing it, and there are records and you try to beat them. Those were lots of fun. Overall it was a great experience for all ages.

This is a model of the tallest person in the world. 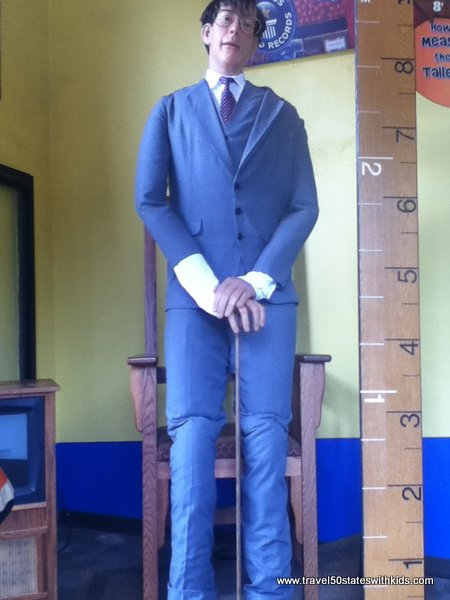 My second favorite place was the Hollywood Wax Museum in Pigeon Forge. I’d have to say that it isn’t very good for younger kids, maybe eight and up. There wasn’t really anything hands-on to do. In the museum they have very realistic wax sculptures of famous actors and musicians, like Harrison Ford and Brad Pitt. If you were to really take everything in, I would say that it might take about an hour or two to get through the whole museum.

This is a picture of the wax Dolly Parton. 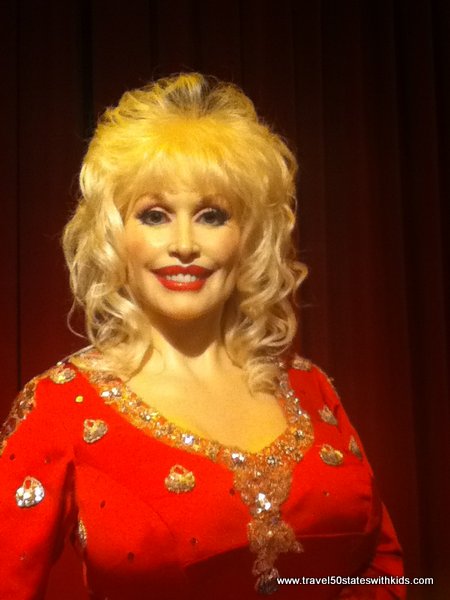 My third favorite place was probably Dollywood. Dollywood is a large amusement park. Dollywood also has a water park, but we didn’t go to that. I think that it would be fun for all ages. The park had a lot of stores and theaters were you could watch a show about Dolly Parton and other things. They had a magic show, a bird show and a lot of others. The rides were rated from high thrill level to moderate to low, so they did have kiddie rides for younger kids. They had a few water rides where you would get a little wet.

This is one of the water rides. 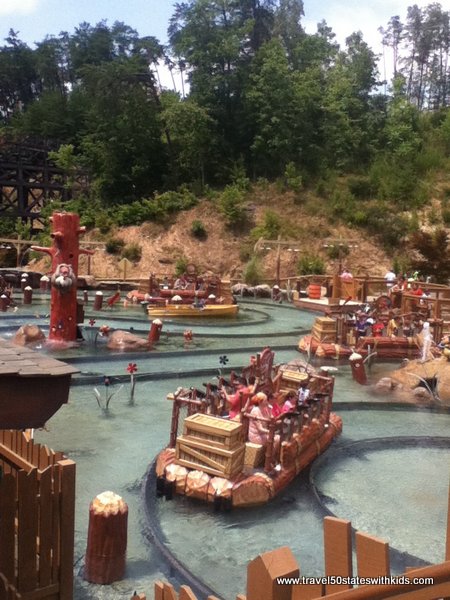