There is only one place in the United States where you can stand in four states at once: the Four Corners Monument. This is where Utah, Colorado, Arizona, and New Mexico all meet. 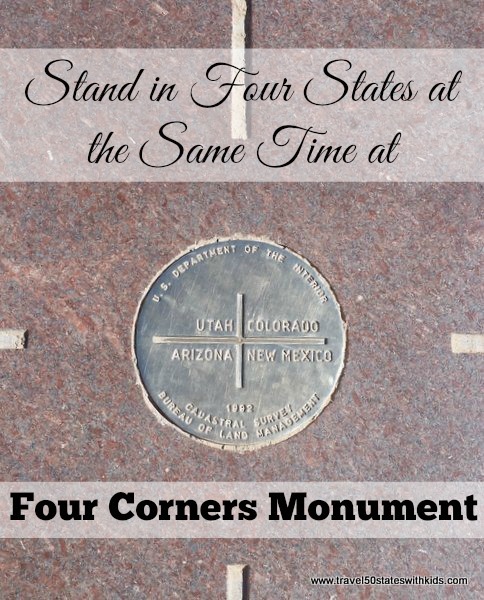 When we were planning our trip to the Southwest (Trip #5 in my e-book, How to Visit All 50 States in 12 Trips), one of my daughters was adamant that Four Corners must be on the itinerary. A couple of people discouraged me from visiting, saying there wasn’t much to it. We really wanted to go, and didn’t expect it to be an all-day type of outing, so we planned accordingly. The monument is operated by the Navajo Nation. It’s kinda in the middle of nowhere. An admission fee of $5 per person is charged and only cash is accepted. 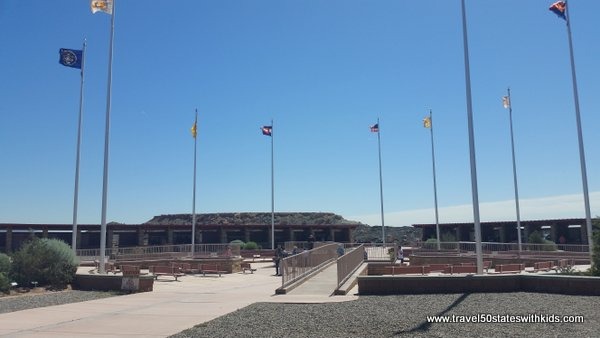 We arrived in the morning. It wasn’t terribly crowded, but there was a steady stream of people waiting to take pictures. Here’s me standing in four states at once. A metal marker is in the middle of the monument. 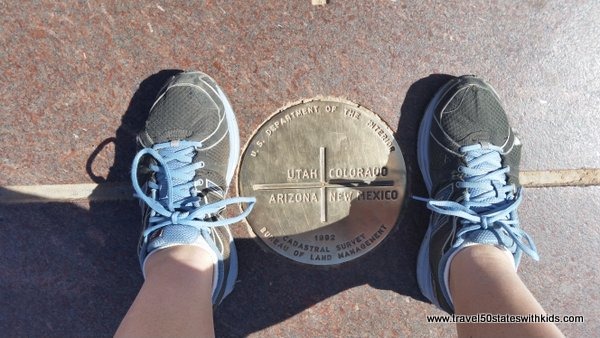 This was exciting for me because two of these states were new for me: New Mexico (#48) and Utah (#49).  (Later on the same trip I visited Oklahoma, #50.) Here I am standing in my two new states. 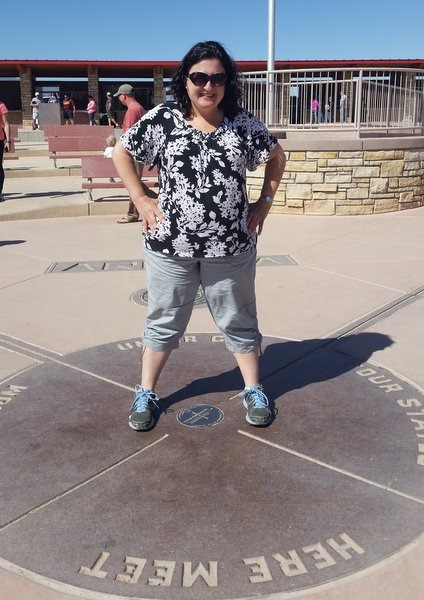 We tried a variety of poses at the marker.

My clever husband also thought it would be fun to throw a Frisbee from state to state. He and the kids did that while I took the video.

We weren’t expecting there to be anything other than the marker at the monument, so we were pleasantly surprised to find out that there were shops. Navajo craftsmen displayed and sold their creations. 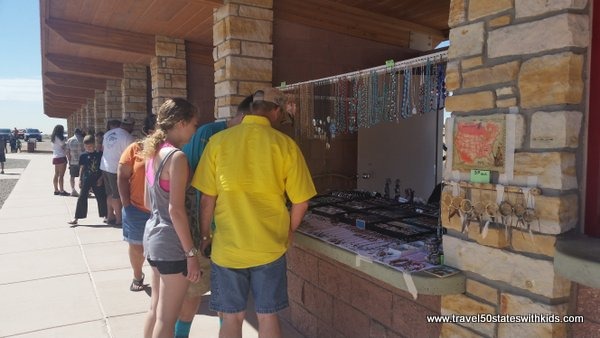 Many of the shops sold handmade jewelry. That definitely caught the eyes of me and my two daughters. 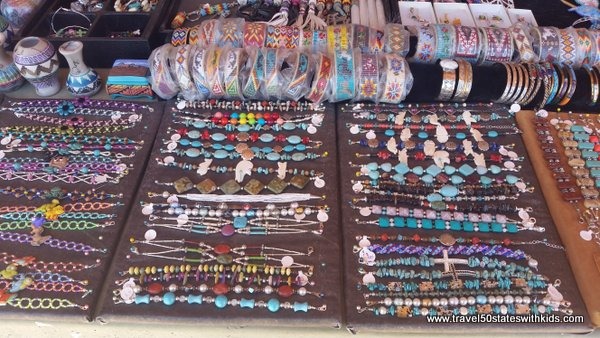 Each of us found something we couldn’t live without. My oldest daughter bought a beautiful hand-beaded barrette. 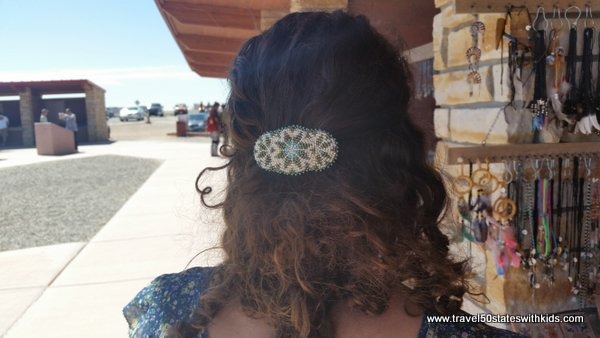 It was expensive (for a barrette), but it was handmade and we met the man who made it. 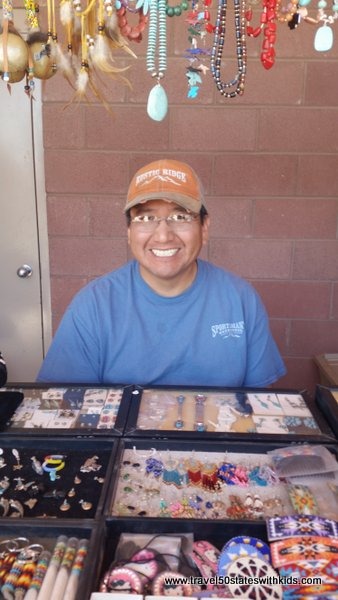 Pottery, paintings, and other items were also for sale. We bought a clay Christmas ornament for our collection. 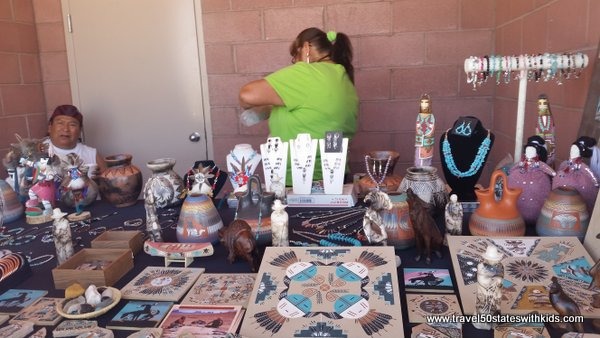 One of the shops sold Navajo Fry Bread and Lemonade. Both were yummy! 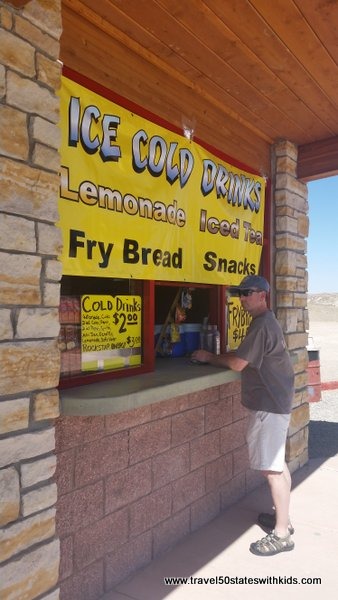 We were very happy that we included Four Corners Monument in our itinerary. Both the monument and the shops were worth a visit. This is not an all-day attraction, so plan to explore something else on the same day, but it was definitely worth stopping for about an hour. A hiking trail is on the property, but we didn’t hike it.